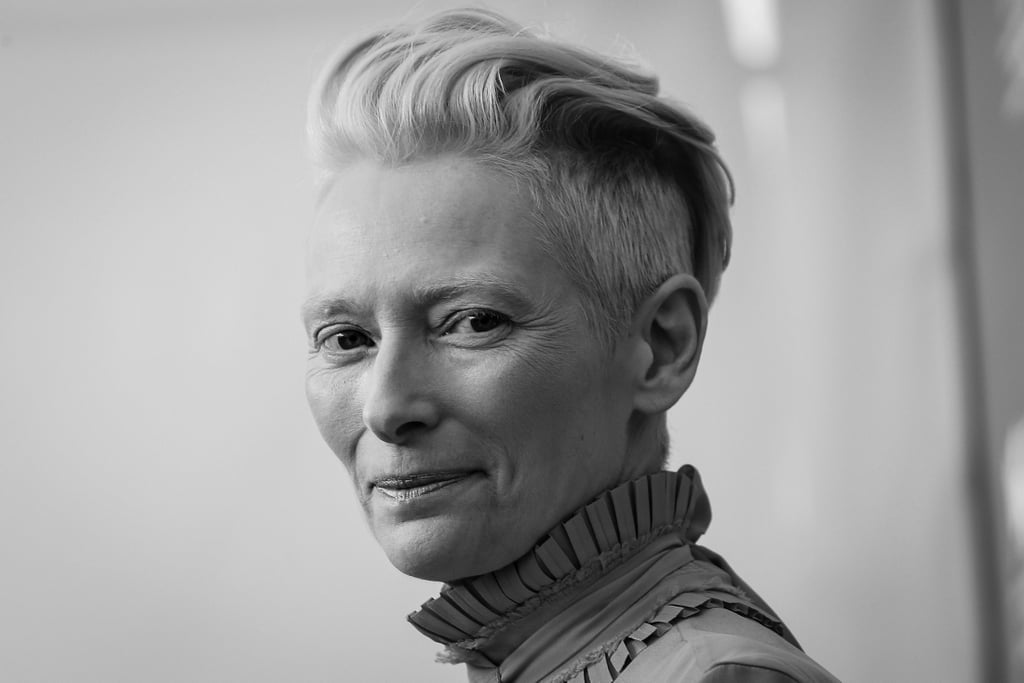 By now, I'm sure you've heard about Call Me By Your Name director Luca Guadagnino's upcoming reimagining of the iconic horror film Suspiria. This remake has everything: weirdly intense dance numbers á la Black Swan, blood and suspense, vague sexual tension, and seemingly supreme performances from Tilda Swinton and Dakota Johnson. Oh, and there's an old German man who seems to have materialized out of nowhere and, in actuality, is Tilda Swinton herself.

That's right, if you've watched the unsettling trailer for the film, you no doubt noticed the older man who seems to somehow factor into the whole mystery of this strange, witchy dance academy. But how did I figure out it's Tilda Swinton buried under an absolute mountain of prosthetics? I'll give you a few reasons. For one, she's a pretty prominent shape-shifter and has disappeared completely into many different roles over the years. (Remember her spray-tan nightmare woman in Trainwreck?!) And then there's the entirety of the mystery itself, which seems to have unspooled in many bizarre and intriguing ways over the past year and a half. In order to get to the bottom of it, we're going to have to explore every shred of evidence. Suit up, Watson.