We already knew that the next Terminator sequel would be subtitled "Genesis," but this week, star Arnold Schwarzenegger made a de facto announcement on Instagram of the title's slight change. The photo captures the Terminator himself sitting in a director's chair with the new title printed on it, and as you can see, the spelling change is, well, it's wrong. 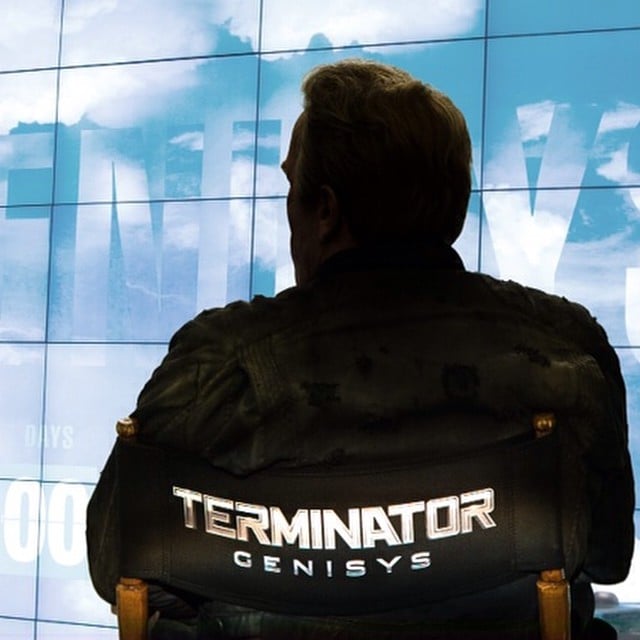 Yep. Terminator: Genisys. But don't worry. Filmmakers and other Twitter users put the new title in its place.

TERMINATOR 5: GENISYS. A Dyslexic Phil Collins goes back in time to ruin music.

"Our title resulted from too much Michelob Light and an iPhone autocorrect mistake." [Excerpt from the TERMINATOR: GENISYS oral history]

Charlize Theron
The Old Guard: Andy's History Goes Much Further Back Than You Probably Think
by Amanda Prahl 2 hours ago