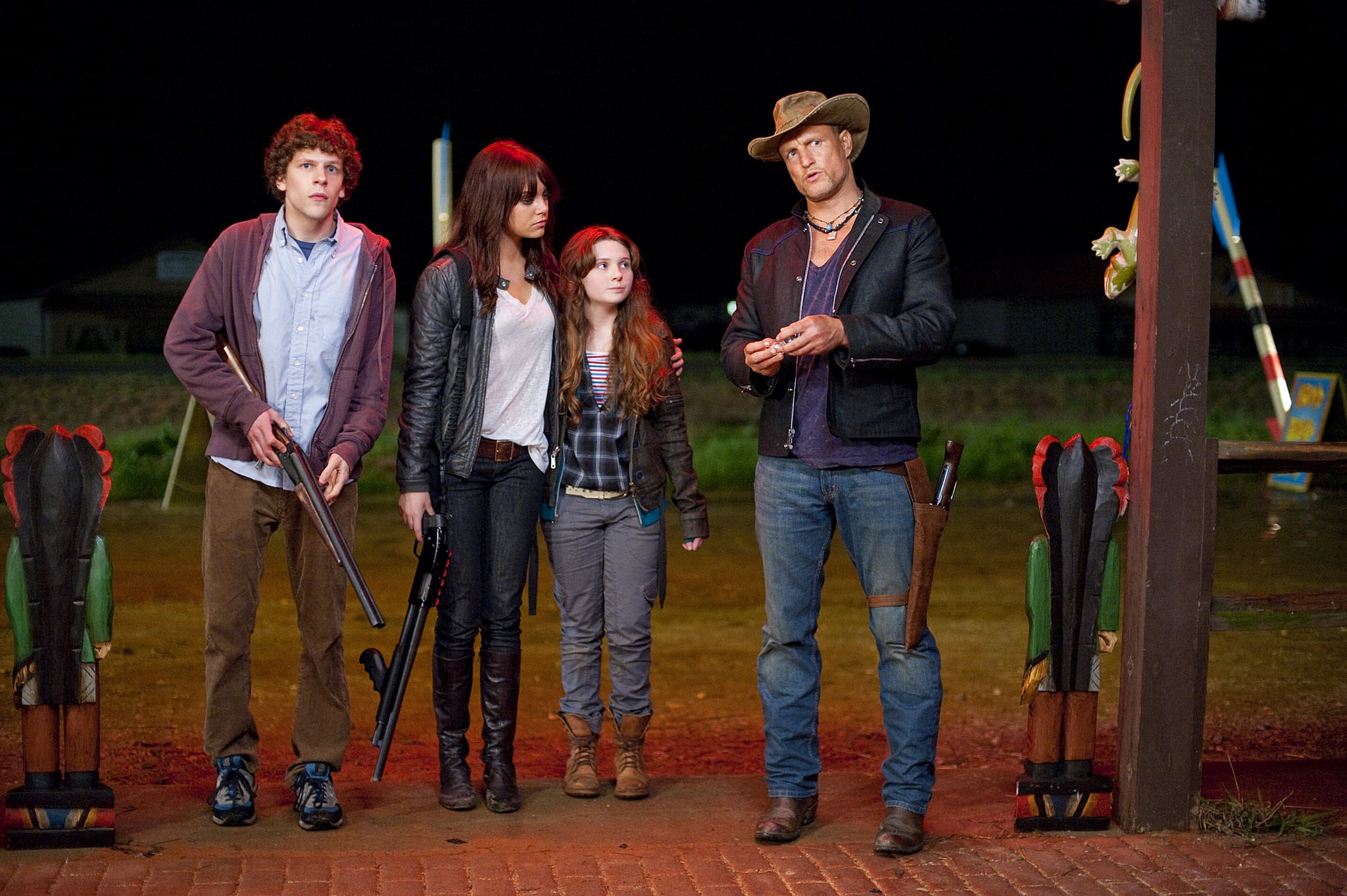 Zombieland's sequel, Zombieland: Double Tap, is rising from the dead this October, but there's a chance it won't be the end of the road for Columbus (Jesse Eisenberg), Tallahassee (Woody Harrelson), Wichita (Emma Stone), and Little Rock (Abigail Breslin). While sitting down with Entertainment Weekly, Ruben Fleischer — who directed the original 2009 horror comedy and is back to helm the sequel — revealed that an infinite amount of Zombieland movies could be on the horizon thanks to Emma Stone's interest and Woody Harrelson's ridiculously good health.

"We have to see how this one's received and if that's something audiences would want," Fleischer explained. "But I think we all had so much fun making this one, we'd be really lucky to get to return to Zombieland. Although, I will say, Emma said, she thought it would be fun if we did one of these every 10 years. Knowing that Woody's just the healthiest guy there is, he's going to outlive all of us, and so we can just keep doing them every 10 years, 'til the end of time."

Since the upcoming film sees the gang of oddballs battling the undead as they take up residence in the dilapidated remains of the White House and later picking up a bunch of new recruits (Zoey Deutch, Avan Jogia, Luke Wilson, Rosario Dawson) on a cross-country trek, it stands to reason that the story could continue in a billion different bizarre ways. Maybe they could sail to Hawaii (Zombieland: Tan Lines) or venture into a whole new country (Zombieland: The Great White North). Regardless, we'll be first in line to see it.