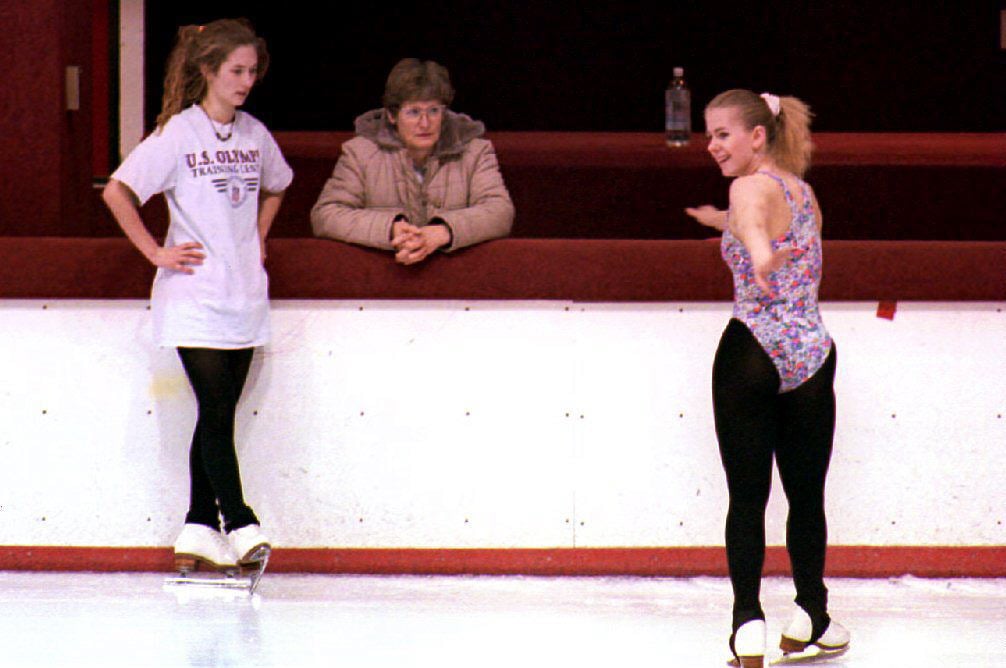 After a smashing opening weekend at the box office and earning three Golden Globes nominations, I, Tonya is living up to our high expectations. Margot Robbie and Allison Janney are brilliant in the biopic following the true tale of disgraced figure skater Tonya Harding. While you may be most curious about Tonya's relationship with Nancy Kerrigan, it's the the glimpse into Tonya's troubled, abusive upbringing that is the most shocking.

In the film, Tonya faces regular abuse from the time that she is a toddler, first from her mother, LaVona (Janney), and then later on from her husband, Jeff Gillooly. It is the world that she lives in, one that becomes her normal before reaching adolescence. She finds herself on the other end of loud, explosive arguments and assumes they are her fault. Tonya has a kitchen knife thrown at her during a fight with her mother. Jeff drives to her house, pointing a loaded gun at her, and then himself, and then fires at her as she makes an attempt to escape her own apartment.

In reality, Harding's mother, Sandy Golden, has denied the allegations in video interviews, while Tonya maintains that she was abusive from the time she was a child.

"I was told my whole life, 'You're fat, you're ugly, you're never going to amount to be anything,'" she said in a real interview. Tonya collaborated with author Lynda D. Prouse to publish several years of interviews following the incident, titled The Tonya Tapes.

Harding detailed the abuse further in an interview with Oprah Winfrey, stating that her mother would beat her with a hairbrush.

The skater lived under the assumption that she would never be good enough, which is confirmed throughout the course of her career. She never maintained the graceful, beautiful form of her competitors, but rather one that was athletic and tough. She faced numerous pleas to transform her image to that of a poised champion but was unable. Her lack of confidence is reflected in her scores during national competitions.

But I, Tonya humanizes Tonya Harding. By showing the past (as Tonya herself tells it), the film forces each member of the audience to form their own opinion of what happened. Regardless of what that opinion is, though, Tonya is shown as a person and not another headline.