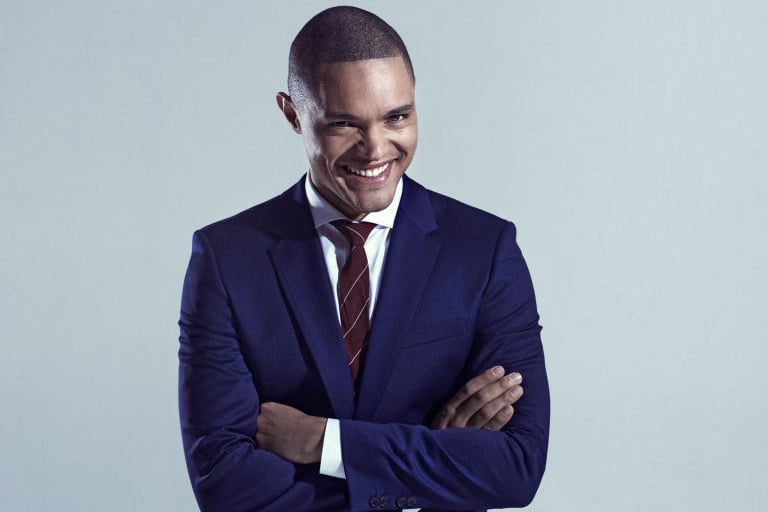 After a mere three appearances on The Daily Show With Jon Stewart, comedian Trevor Noah was chosen to replace the anchor, and this week, the new host takes over. Noah was first spotted on the show back in December, as a new correspondent speaking about how similar America had become to South Africa. It's a tremendous (and unexpected) leap of faith for Comedy Central, given Noah's lack of renown. Names like Jessica Williams, Samantha Bee, and Jason Jones had all been tossed out as possible successors, but Noah is interesting for a number of reasons — not all of them positive. Here's what you need to know about the new host!

Of course, not all of his tweets are controversial.

No-one can replace Jon Stewart. But together with the amazing team at The Daily Show, we will continue to make this the best damn news show!

Will you watch him?

Nick Jonas
SNL Is on a Mission to Ruin Our Childhoods, and Now It's Sullied Cinderella
by Mekishana Pierre 32 minutes ago