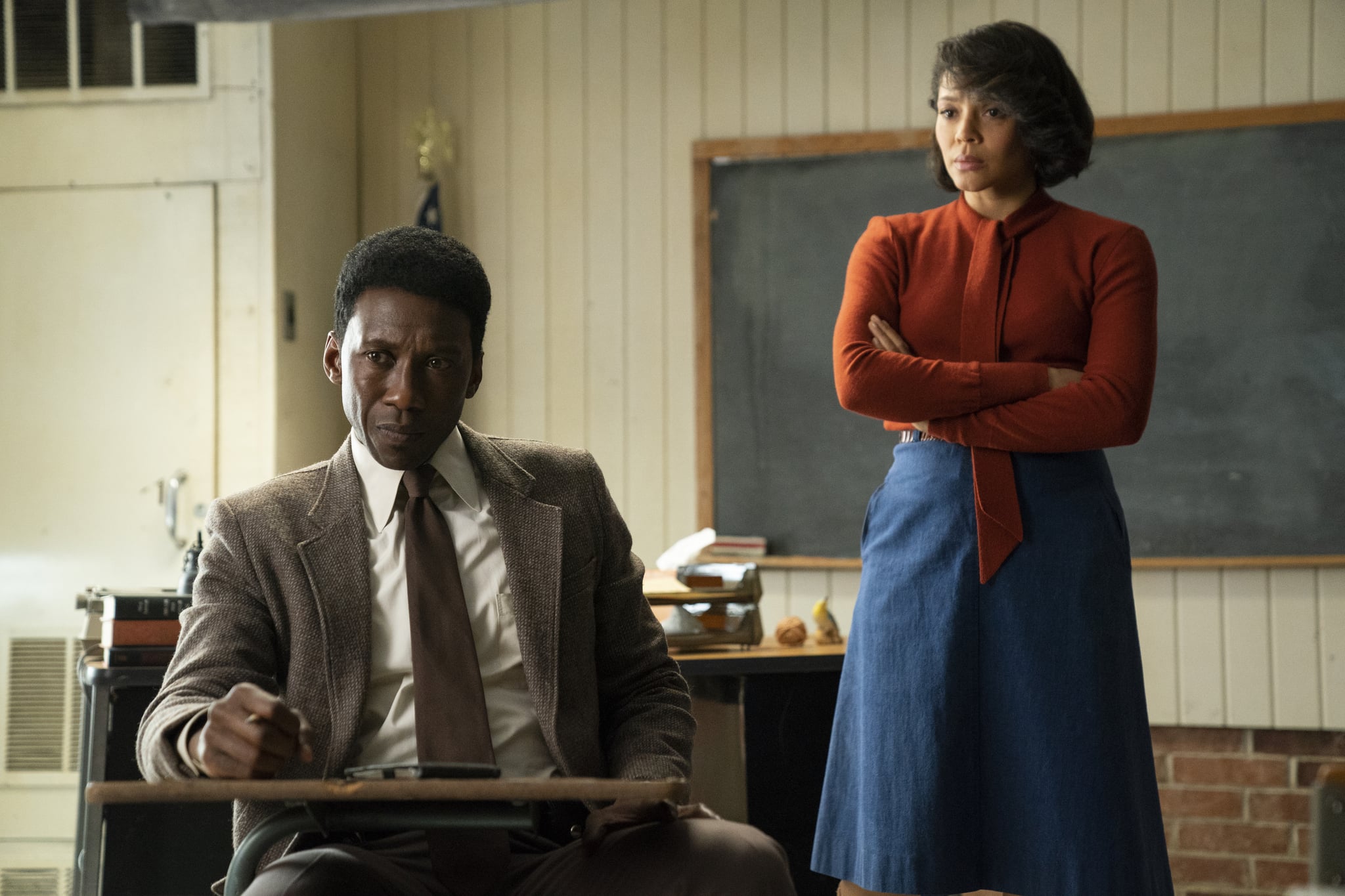 After a dry, painfully slow second season of True Detective, HBO's gritty drama unsurprisingly lost a good deal of the fans who couldn't get enough of Matthew McConaughey and Woody Harrelson in season one. Luckily, it seems that network executives knew exactly how to lure everyone back for the third season: Mahershala Ali. The Oscar-winning Moonlight actor will take the lead in the next installment of the series, and on Friday, TV Line confirmed that Fantastic Beasts actress Carmen Ejogo will join him. The eight-episode season is set to premiere on Sunday, Jan. 13, 2019 — nearly four years after season two ended.

This season's story will focus on "a macabre crime in the heart of the Ozarks and a mystery that deepens over decades and plays out in three separate time periods." Ali, who has starred on "prestige" TV shows like House of Cards and Luke Cage, will play the role of Arkansas state police detective Wayne Hays — and we can't wait to see him in uniform. Ejogo will play the role of Amelia Reardon, an Arkansas schoolteacher who has a connection to two children who went missing in the 1980s.

The Emmy-winning anthology series was created by Nic Pizzolatto, who has an overall deal with the network through 2018 and will be joined on the project by director Jeremy Saulnier (but not Deadwood creator David Milch, who was rumored to be taking the reins). In a statement on Thursday, Pizzolatto said, "I'm tremendously thrilled to be working with artists at the level of Mahershala and Jeremy. I hope the material can do justice to their talents, and we're all very excited to tell this story." Woody Harrelson, Matthew McConaughey, and the show's original director, Cary Joji Fukunaga, will all have executive producer credits.