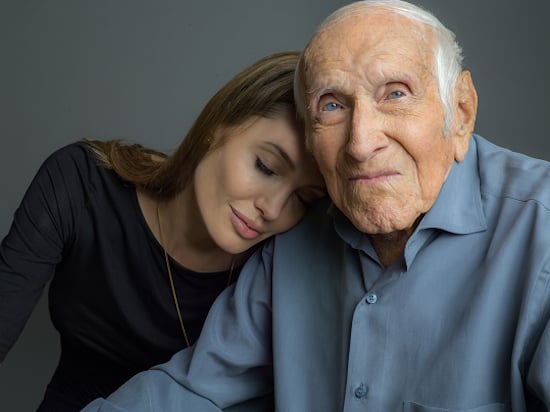 Louis "Louie" Zamperini, the World War II hero who inspired Angelina Jolie's upcoming film Unbroken, has died. His family said the former Olympian passed away Wednesday following a battle with pneumonia. Louie was the subject of a 2010 bestselling book by the same title as the upcoming film. Angelina has spent much of the past year focused on the project, even taking her family to Australia while she filmed on location. The actor-turned-director said that while "it will be hard to make a film worthy of this great man," she is honored to have the chance.

As it turns out, Angelina got to know Louie — who was her neighbor in Hollywood — well as she prepared to portray him on the big screen. So who is he exactly? If you read Unbroken by Lauren Hillenbrand, who also wrote Seabiscuit, then you know the inspirational story of the prisoner-of-war survivor and Olympian. Louie competed at the 1936 Berlin Olympics as a long-distance runner. When the war came, he enlisted as a United States Army Air Force bomber. In May 1943, his airplane crashed into the wide-open Pacific. He spent 47 days at sea, until he was captured by the Japanese Navy and kept as a prisoner of war. He eventually would return a war hero. 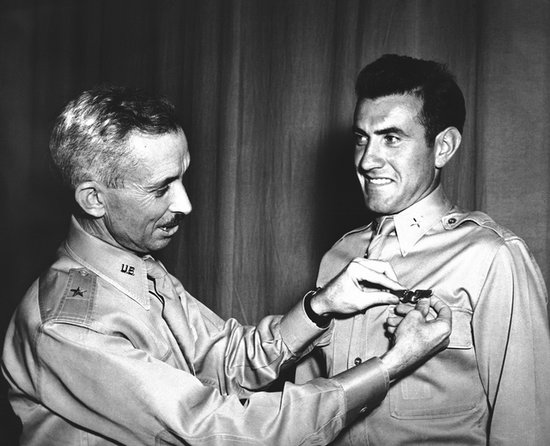 Louie, whose Olympic performance resulted in a chilling meeting with Adolf Hitler, gave Angelina a golden running shoe pendant he won in one of his early races, and she said she planned to wear it every day she worked on the project. For his part, Louie expressed his utmost confidence with putting his story in Angelina's hands. He said: "Angelina is a human dynamo, and I know she will tell this story in the right way. I've received so many letters and talked to so many people who say that Laura's book has helped them when they were going through hard times. I believe the movie will reach even more people with that message." Actor Jack O'Connell will be playing Louie, and so far the signs point to a successful portrayal. When he met with Louie at his home, Jack tried on his bomber jacket — and it fit perfectly.

Watch an early preview of Unbroken, which features footage from the film and an interview with Louie, and look for the movie to hit theaters on Christmas Day.