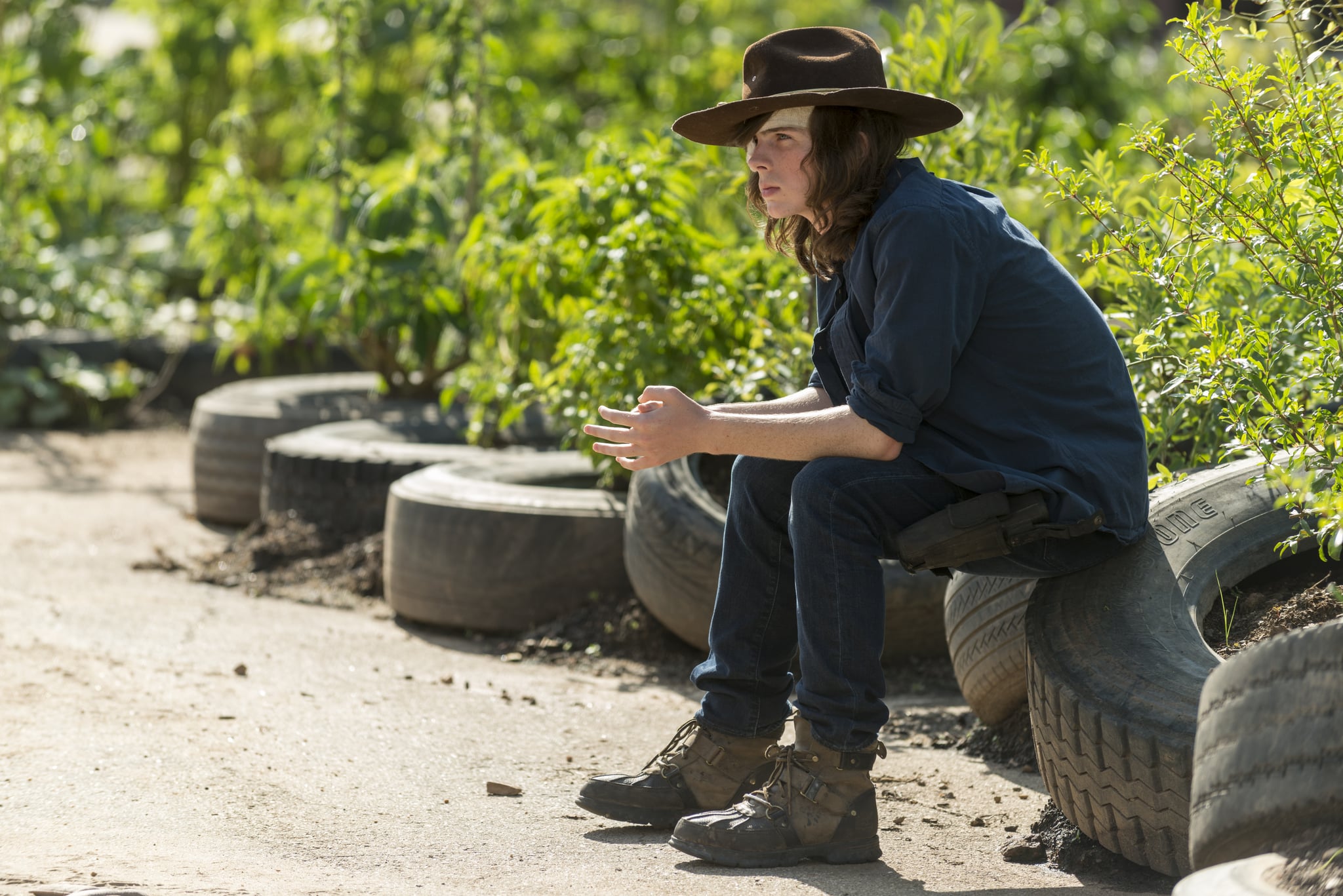 The Walking Dead has finally returned from its months-long Winter hiatus, and our heroes are gearing up for war against Negan and the Saviors. We have a lot to look forward to, but there's something that's been bothering us about a past scene — and Chandler Riggs (aka Carl) has addressed it in a Reddit AMA.

"Is the Morse code theory a thing?" asked user sphericalbear. "If you're not aware of what I mean by this, there's a theory that when Negan brought Daryl to Alexandria the first time after he was taken away, Daryl appears to be delivering a very deliberate sequence of blinks which some people have deciphered as spelling out 'EAST' in Morse code — the supposed location of The Sanctuary. Speculation was further fueled by the Morse code poster in Rick's house."

"I've actually commented on a post about this theory, but sadly it isn't true," Riggs answered. "I really wanted it to be true and it'd be awesome if it was (and i should honestly just say it's true), but it doesn't talk about it in the script anywhere."

Hmmm, now we just have to decide whether we believe him.

Kelly Clarkson
Kelly Clarkson Had the Zoom Cat Filter Lawyer on Her Show, and Sadly, He Was Not a Cat
by Grayson Gilcrease 21 hours ago