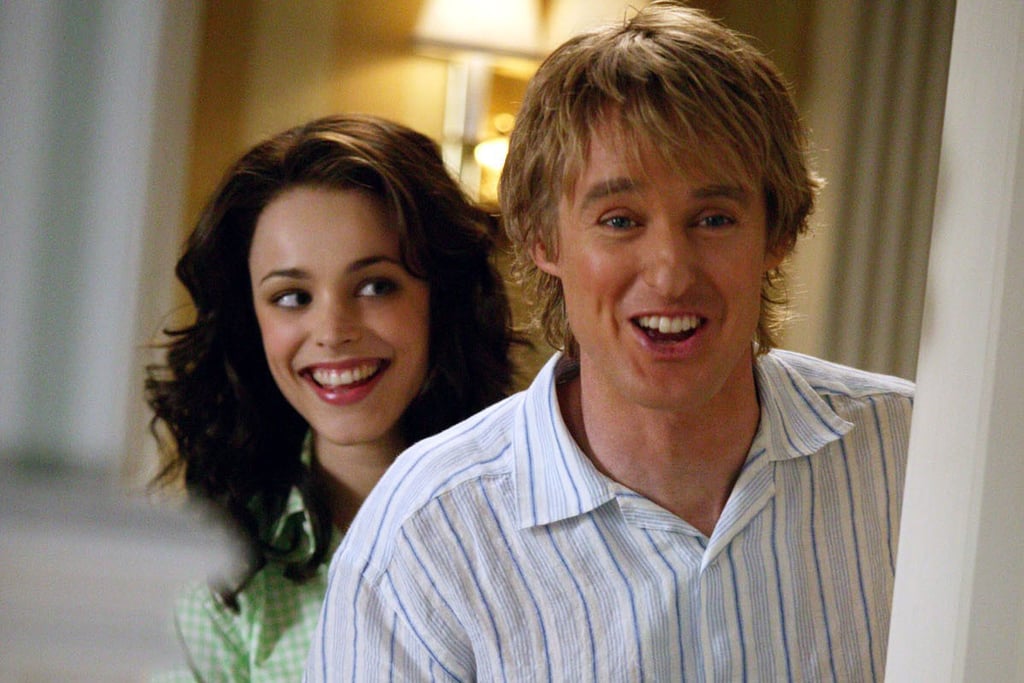 This year marks the 11th anniversary of Wedding Crashers, which is both amazing and wildly depressing. Owen Wilson and Vince Vaughn have a magical chemistry as true best friends whose favorite pastime is showing up at weddings uninvited. Not only is the comedy on point, but the movie is also grounded in some real emotions — not to mention there's the presence of Bradley Cooper, who had not yet become a household name. Ver decade later, we're still quoting the comedy every day. In honor wedding season, here are 20 GIFs that you'll probably recognize, because you still use these lines all the time.