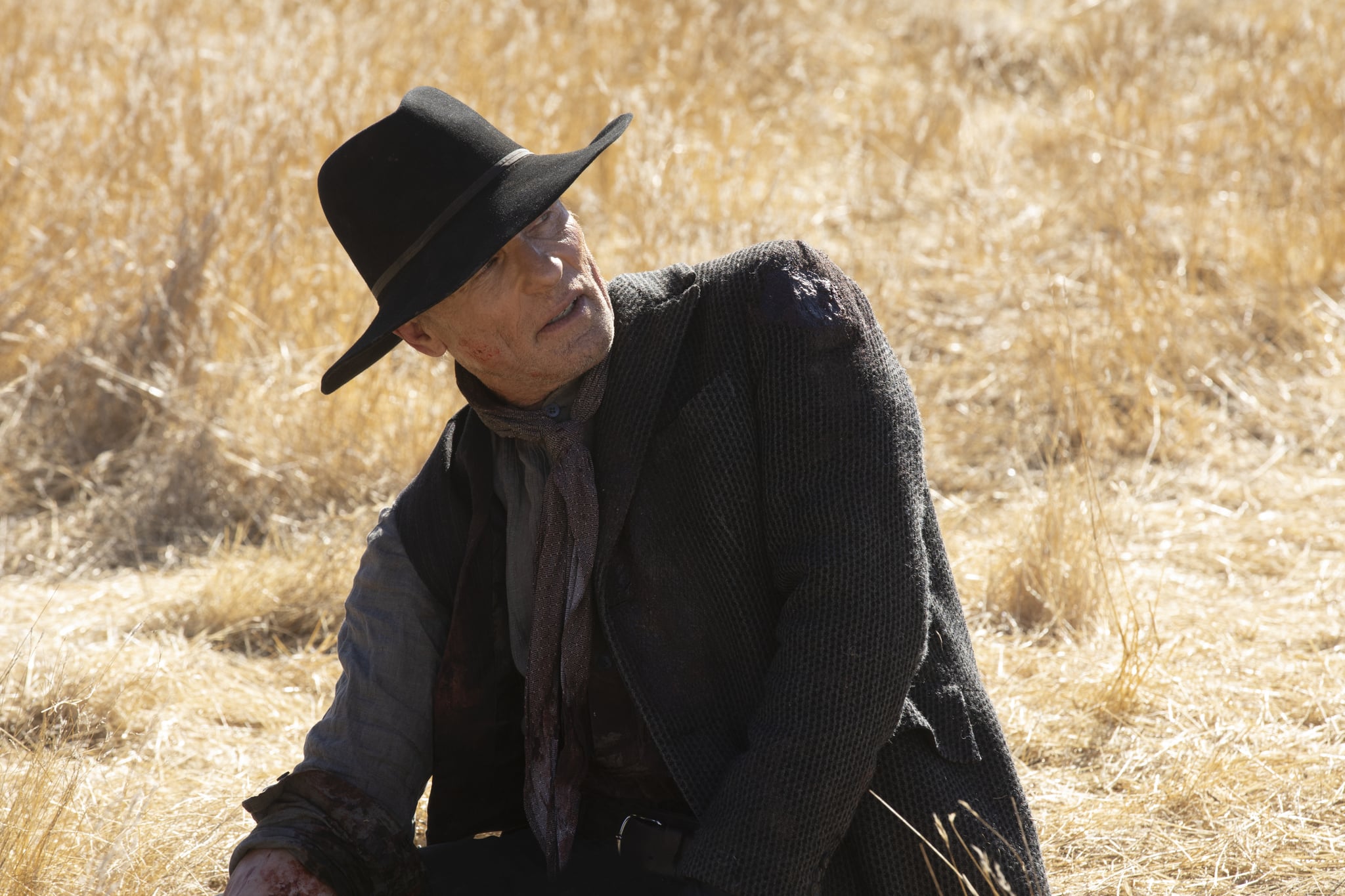 Warning: giant spoilers for the Westworld season two finale ahead!

Who is a host, and who is human? Over the course of Westworld's two seasons, that question has provided one of the sci-fi series's best twists, and made for some interesting internet theories. But during season two's finale, "The Passenger," on Sunday night, the notion got even more shocking thanks to a postcredit scene involving the Man in Black (Ed Harris) and his daughter, Emily (Katja Herbers).

After an episode jam-packed with thrills — Lee's sacrifice! Maeve's beautiful moment with her daughter! Bernard's conversation with Ford! The Dolores and Charlotte switcheroo! — we see a badly injured MIB get off an elevator into what we think will be the flooding lab where Dolores (Evan Rachel Wood) and Bernard (Jeffrey Wright) were facing off seemingly moments earlier. Instead, he steps out into a facility that's long been abandoned and greeted by a very much alive Emily.

Related:
Let's All Give Westworld's Season 2 Soundtrack a Round of Applause

Immediately MIB asks her if he's "in the thing," but she tells him that the system is long gone. "This isn't a simulation, William," she says. "This is your world . . . or what's left of it."

She goes on to ask him if he knows where he is and how long he's been there, which is when he realizes he can't figure out how long he's been roaming around the park. From the look on his face, you could almost say it appears like he's having some kind of system malfunction. Emily then proceeds to take him to a white room eerily similar to the one robo-Delos lived in, and they have a telling conversation.

Emily: "Tell me, what were you hoping to find? To prove?"

Man in Black: "That no system can tell me who I am. That I have a f*cking choice."

Man in Black: "Again and again."

The scene ends with Emily telling her "dad" that she's there to verify his "fidelity," the same way he attempted to do with Delos. Does that mean he's a host? And how is Emily alive?

The theory that William is a robot would definitely explain how he's been able to survive such grievous bodily harm throughout the season. He survives Ford and Dolores's massacre at the Delos executives' party, sustains multiple gunshot wounds courtesy of Lawrence (Clifton Collins Jr.) and Maeve (Thandie Newton), and seems basically fine after exploding his own hand when his gun backfires while trying to shoot Dolores in "The Passenger."

Earlier on in the finale, there's also the scene of him brutally digging into his forearm to figure out for himself if he's a host or not. We don't see any wires (or bone) by the time Dolores comes upon him in the field, but it certainly gives the impression that William is satisfied with what he finds. (Then again, if he does see wires, it could be a "Doesn't look like anything to me" situation.)

Related:
The 9 Major Characters Who Don't Make It Out of Westworld's Season 2 Finale Alive

The postcredits scene definitely raises more questions than it answers. Although it seems like MIB is a robot after all, we wouldn't put it past Westworld creators Jonathan Nolan and Lisa Joy to be toying with our reality yet again. In an interview with Deadline after the finale, Joy teased a little bit about what that scene means for MIB/William's future in season three.

"He himself doesn't know if he's a host or not . . . We've seen him playing the game and figuring his footsteps to the Valley Beyond, but he's become confused on his side of reality, questioning his nature," Joy said. "He struggles with this, and it leads to the moment where he kills his daughter Emily thinking she might be a host. He was, in fact, mistaken, and he's digging into his own skin for answers and doesn't find any wires by the time Dolores arrives. . . . The chapter that occurs after the credits is a little piece of what to come in the future. It gives full closure of the timelines by validating what happened in the park as the Man in Black leaves."

We do find it hard to believe that the MIB would agree to turn himself into a robot after watching Delos go through the painful process, but the decision would also align with the character's intense, obsessive need for power. As for the Emily we see in the postcredit scene? Well, she could be a robot, too, who has been programmed by the MIB to bring him back as a robot.

As usual, we'll just have to wait to see how this complicated web shakes out when season three — and hopefully some answers — returns next year.