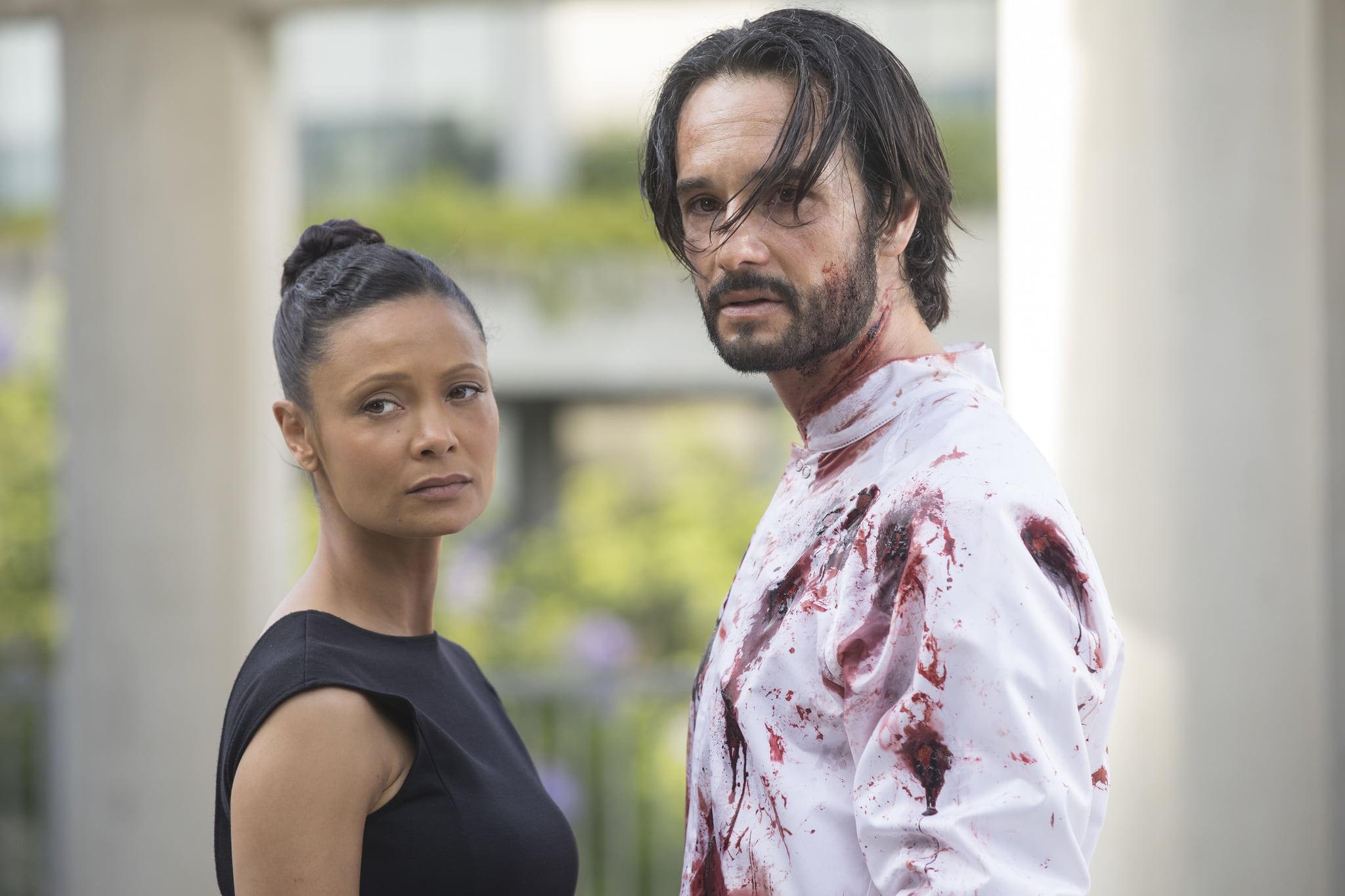 Westworld's second season has only just started, but we can already report some good news about season three. While sadly we don't know what, exactly, "Glory" is, we can tell you that HBO has officially renewed the critically acclaimed sci-fi drama for a third season, which makes sense since it's the network's most-watched freshman series ever. Looks like Dolores, Teddy, Maeve, and Bernard's violent delights will continue on for a while! Assuming they make it out of this season alive, that is.

Casey Bloys, president of HBO Programming, shared the good news in a statement on Tuesday that celebrated the creative forces behind the show. "It's been an extraordinary pleasure to work with the exceptionally talented Jonathan Nolan and Lisa Joy, as well as their gifted cast and crew," he said. "From the inspired storytelling to the incredible visuals, we are so excited to see where the next chapter will take us."

The 10-episode second season kicked off on April 22, and so far the dark odyssey about the nature of what it means to be human has lived up to season one. Sure, there are some confusing timeline issues, and yes, we're still freaking out about that maybe-death at the end of the premiere, but overall Westworld is just as intriguing (and feminist) as ever. Now if we could just figure out what that wolf means . . .