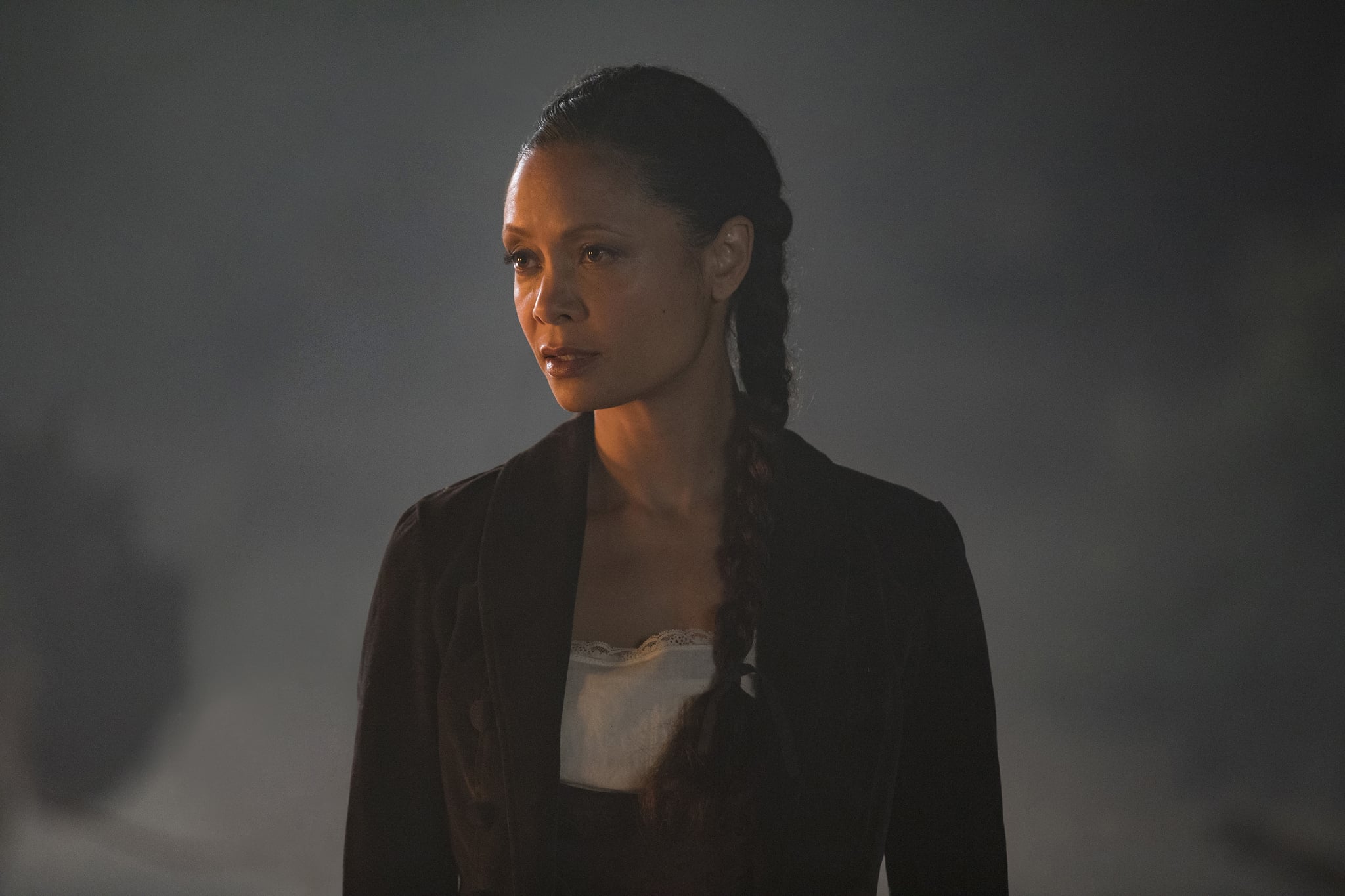 The scarcity of dynamic women in television has been problematic for as long as TV has been a central aspect of the American home life. Women of my mother's generation were raised on visions of the perfect homemaker, à la June Cleaver, where the ideal woman was an amalgamation of chef, cleaning lady, advice giver, and shrugger-of-shoulders to the crazy antics of men. Just as The Mary Tyler Moore Show, with its landmark discussions of pay equity, changed the public perception of what it meant to be a woman, Westworld and The Handmaid's Tale have become the feminist anthems we need today.

Both shows, now in their second seasons, have done what would have been impossible only a couple of years ago: placing women at the helm of dramas that aren't exclusively marketed to women. In coupling with the movie successes of Girls Trip and Wonder Woman, both Westworld and The Handmaid's Tale have crafted shows where men serve to develop women rather than the other way around. How each show depicts this, however, is drastically different, and it's important to distinguish their dynamics.

By the end of the first season of Westworld, it's clear that the creators have subverted the genres that would be all to easy for the show to work within. The show's central ladies, Dolores (Evan Rachel Wood) and Maeve (Thandie Newton), have started their own revolutions, and, if the first episode of the second season is any indication, their battles will be steeped in blood and violence. While Dolores and Maeve are both integral to the plot, the two couldn't be more different. In Westworld's version of real-world women, the ones working for the AI company, like Charlotte (Tessa Thompson) and Theresa (Sidse Babett Knudsen), are all take-no-prisoners leaders who are exceedingly capable at their jobs and overtly aware of their own sexual desires.

"While the patriarchy in Westworld has women neatly compartmentalized, in The Handmaid's Tale, each woman can be many things, and that's partly why these two shows work so well together.

It's important to remember the Dolores and Maeve have been created by men and therefore represent two different versions of the patriarchy's ideal woman. Dolores is sweet, the perfect woman to romance or violate, and for much of the first season, it's more of the later. While Maeve's creators try to label her a whore, it's her embedded memory of a daughter that drives her. If the women in Westworld's real world are sexually liberated workaholics, then it makes sense that in this fantasy land that the men would create women who could quite literally be taken advantage of and easily succumb to their malicious wants.

In The Handmaid's Tale, Offred (Elisabeth Moss) encompasses all of these gender roles in one developed person. She is sexual, as demonstrated by her having an affair with her eventual-husband and her sneaking around with sexy Eye/chauffeur Nick (Max Minghella). She is also a mother, her ability to bear children of course being instrumental to the plot, and she is clever. While the patriarchy in the Westworld has women neatly compartmentalized, in The Handmaid's Tale, each woman can be many things, and that's partly why these two shows work so well together. 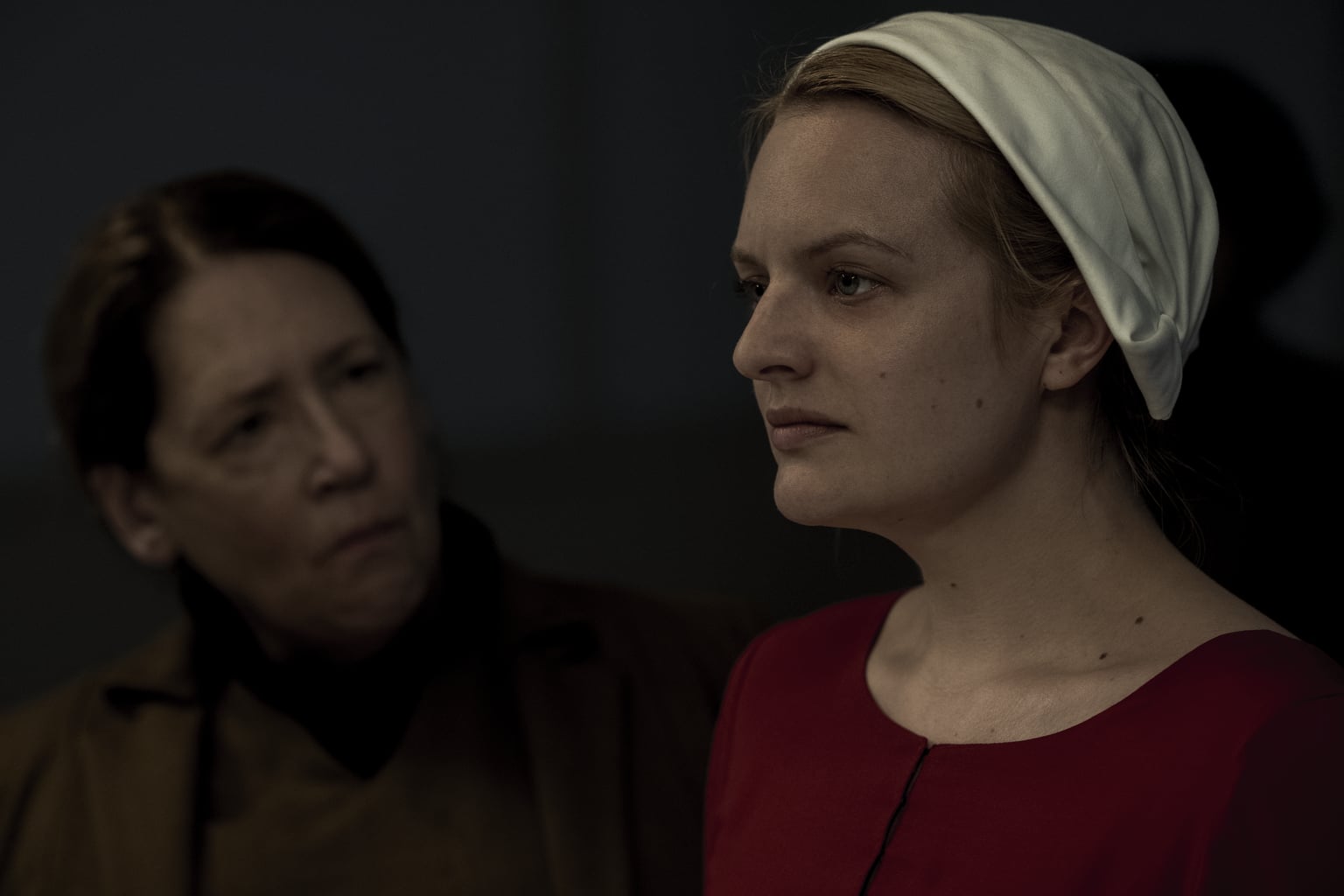 Dystopic fiction is designed to serve as a warning, turning present possibilities into future problems. George Orwell's 1984, originally published in 1949, landed itself on the New York Times Bestseller list in early 2017 because the themes of a totalitarian society resonated with a postfacts America. Both The Handmaid's Tale and Westworld have set up a world where men's supposed right to a woman's body is given an opportunity to run rampant, resulting in rape, violence, and/or humiliation for practically every woman in both shows.

Considering the #MeToo and #TimesUp movements, which started late 2017, women are beginning to be taken seriously when talking about sexual harassment and having their voices heard. Powerful men who have taken advantage of and manipulated women for years are finally being dragged into the light of day. While it's too soon to call this a revolution, #MeToo is certainly a reckoning, which is where we find Westworld's Dolores and Maeve and hopefully The Handmaid's Tale's Offred.

In Westworld's second season premiere, as Dolores is stringing up a small faction of black-tied cloaked elites, one pleads with her to let them go. His noose around his neck, he maintains that everything she has experienced couldn't have been as torturous as she's making it out to be. "It was just a game," he maintains. We as the viewer, privy to her pernicious dehumanization and violent rape, are meant to side with her even as she is about to murder actual humans.

"It was just a game" is no different than the millions of times women have been told to relax, that sexual harassment as just done in jest and that we as women really need to take a joke. This gaslighting technique is beyond belittling, and for women like Dolores, she has had enough to know when to see past it.

Maeve, for her part, when given the opportunity to save a human, does so, but not without forcing him to strip first, essentially dehumanizing him the way she had been treated many times before. She sees the men as merely a tool to accomplish her goal, which has a nice symmetry considering the way she had been objectified and tortured for all of those years.

Offred has been left in a dangerous predicament, and it's hard to know if the show will move a revolution forward. If Westworld is the revenge show women need, then The Handmaid's Tale serves as a reminder of the dangers of religious control of government and being complacent in a world where men's right to ownership of the female body is left unchecked.

Back in the real world, with conversations rife about the role our government should play in women's issues and a continued downfall of grossly powerful men, Westworld and The Handmaid's Tale are The Mary Tyler Moore Show of this generation. Whereas women in the '70s were fighting for a right to be seen in the workplace and as something other than the ideal homemaker, this crop of shows echoes our defiant dismissal of men's right to determine our lives.