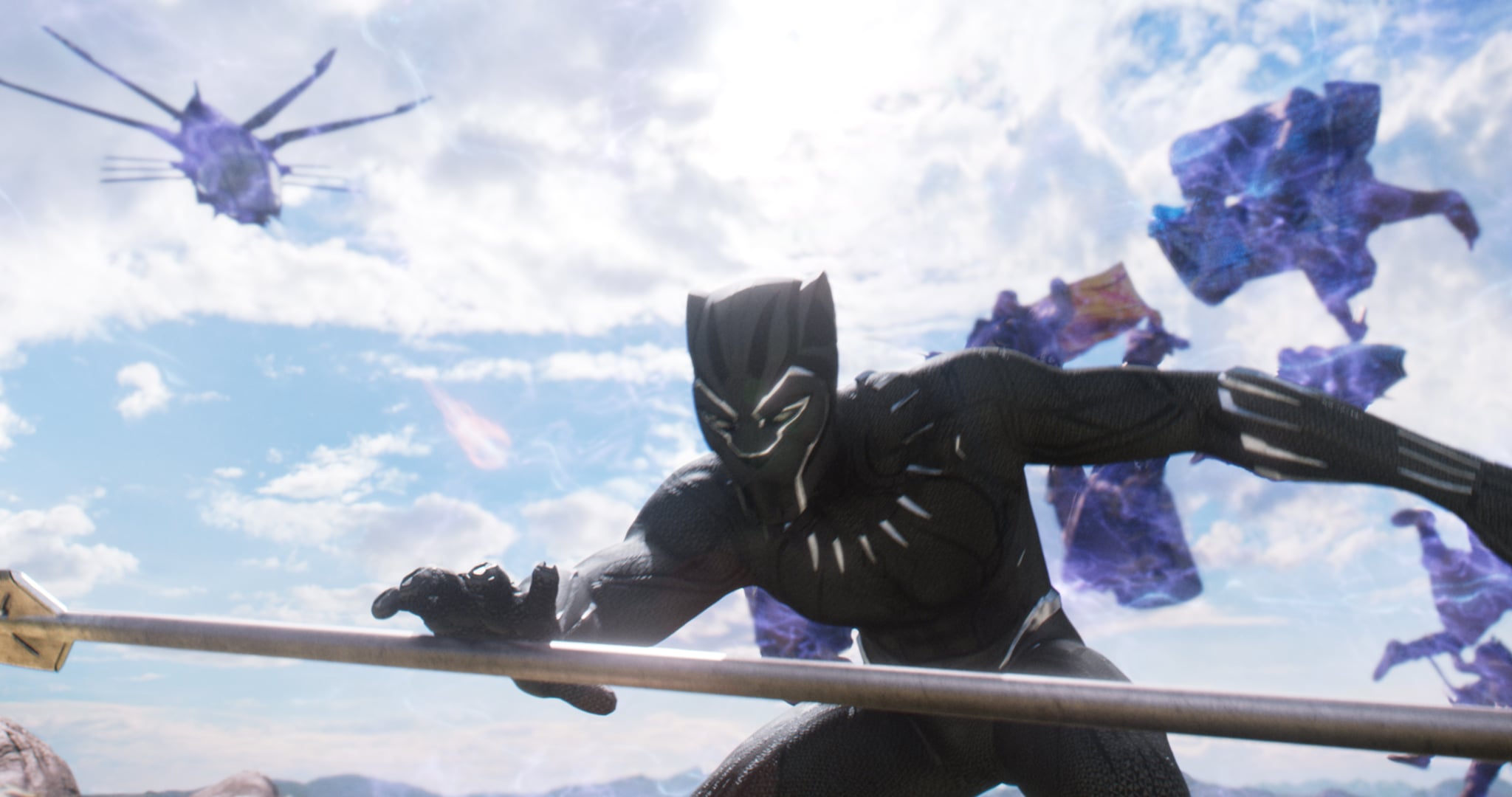 If you thought all of Black Panther's fighting abilities came from his vibranium protected suit, you'd be wrong. The feline-suited warrior possesses superpowers similar to the other Avengers he brawls alongside in Avengers: Infinity War.

Black Panther's most notable abilities? Superhuman strength, speed, stamina, reflexes, endurance, and durability. He also has enhanced healing capabilities and superhuman senses, similar to a wildlife panther. Those heightened senses include the ability to see objects from a far distance and in almost-total darkness, exceptional hearing and the ability to detect sounds the average human can't, and the ability to memorize scents to track down "hidden objects or people," according to ScreenRant.

Another cool perk? Black Panther can smell fear and detect when someone is lying. Yup, he's definitely not someone you want to mess with — suit or no suit. So, how does Black Panther aka King T'Challa get his superhuman powers? From a local, heart-shaped herb mutated by vibranium and bestowed upon him once he is crowned king of Wakanda. He also is granted the title of "King of the Dead" and can visit Necropolis, the Wakandan City of the Dead, according to the comics.

Although nothing has been set in stone (looking at you, Thanos), we're not convinced we've seen the last of T'Challa (Chadwick Boseman) and his superpowers. Especially since the 40-year-old actor has signed on for five Marvel movies and has only appeared in three thus far, including Infinity War, which means he will appear in the next installment of the Avengers and likely return for his own Black Panther sequel.

Here's to seeing more of T'Challa kicking ass and taking names for years to come.