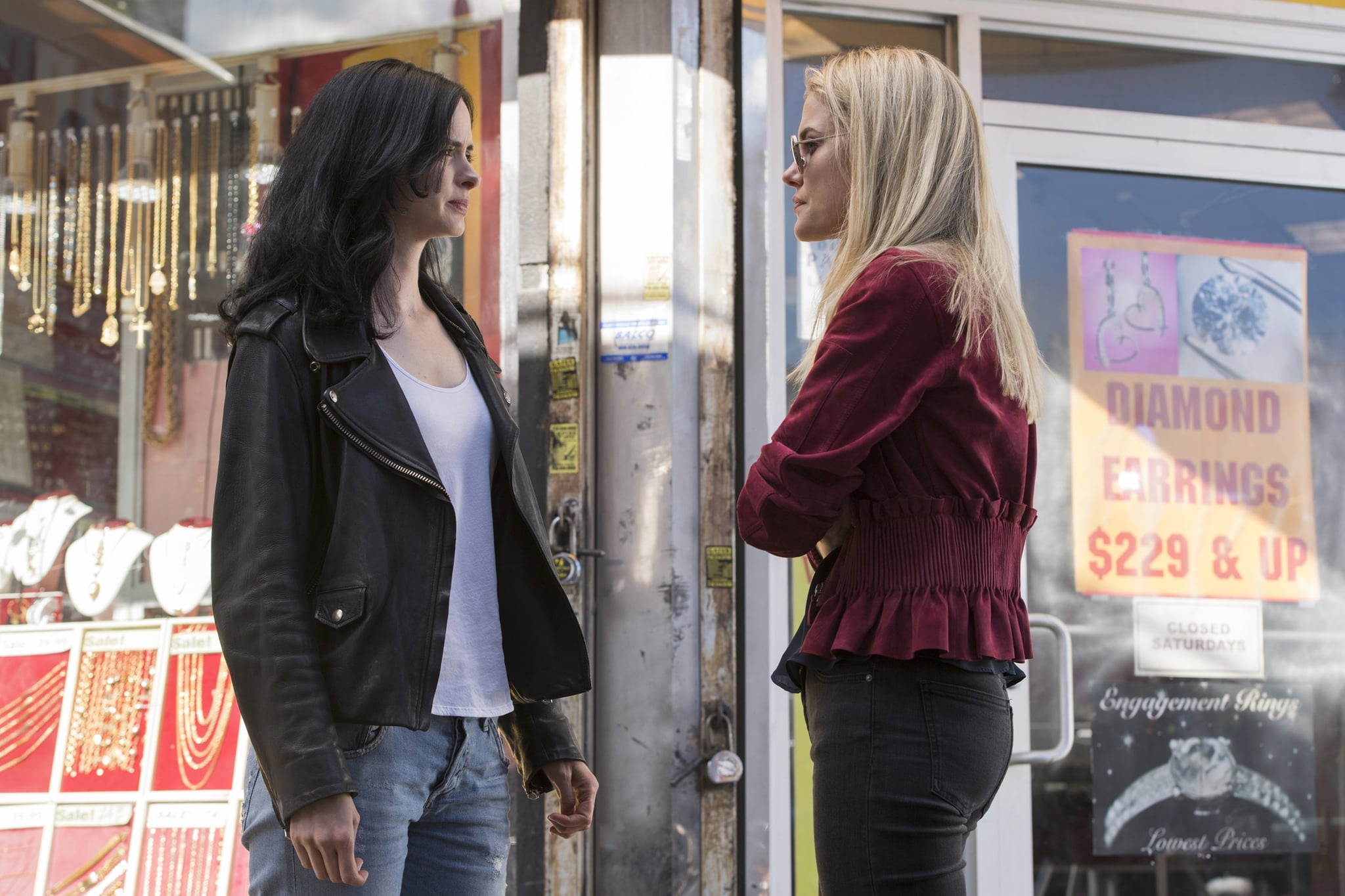 One of the biggest reasons we're going to miss Jessica Jones, of which there are many, is that the show has always treated its female characters with care. They're fully fleshed-out, realistic, flawed, sympathetic, powerful, and above all, wildly interesting. Though the series mainly revolves around Jessica (Krysten Ritter) and all her complexities as a superhero, lately, the show has been at its most compelling when it's examining her relationships with the women in her life, like Jeryn Hogarth (Carrie-Anne Moss) and her foster sister, Trish Walker (Rachael Taylor).

It's the latter bond that is put to the test for most of season two and into season three, with Trish struggling to accept that 1.) she'll never be as physically powerful as her sister, and 2.) that her views on morality are far more black and white than Jessica's are. This disagreement is at the forefront of their dynamic in season three, with Trish feeling guilty over the fact that she "took something" from Jessica. So, what is she referring to?

Related:
Jessica Jones: How Did Trish Get Her Powers? And What Exactly Are They? Let's Break It Down

It all goes back to season two, when the wedge that eventually drives between them leads to one of second season finale's most shocking moments: Trish takes the opportunity to kill Jessica's highly violent mother, Alisa. Because Alisa was a murderer responsible for multiple deaths, regardless of the fact that she clearly wasn't all there mentally, she therefore deserved to die in Trish's eyes. Jessica understandingly feels frosty toward Trish after this, telling her to run before the cops get to the amusement park where the shooting took place and refusing to speak to her for weeks afterward.

Of course, after Trish discovers that Karl Malus's seemingly botched experiment did give her powers after all, she and Jessica once again find themselves drawn into each others' lives. As Trish's mother tells Jessica in an early season three episode, Trish has always been her conscience, while Jessica served as her protector. Unfortunately, Trish's conscience is exactly what leads her to kill Alisa, "taking" something vital away from her foster sister in the process.