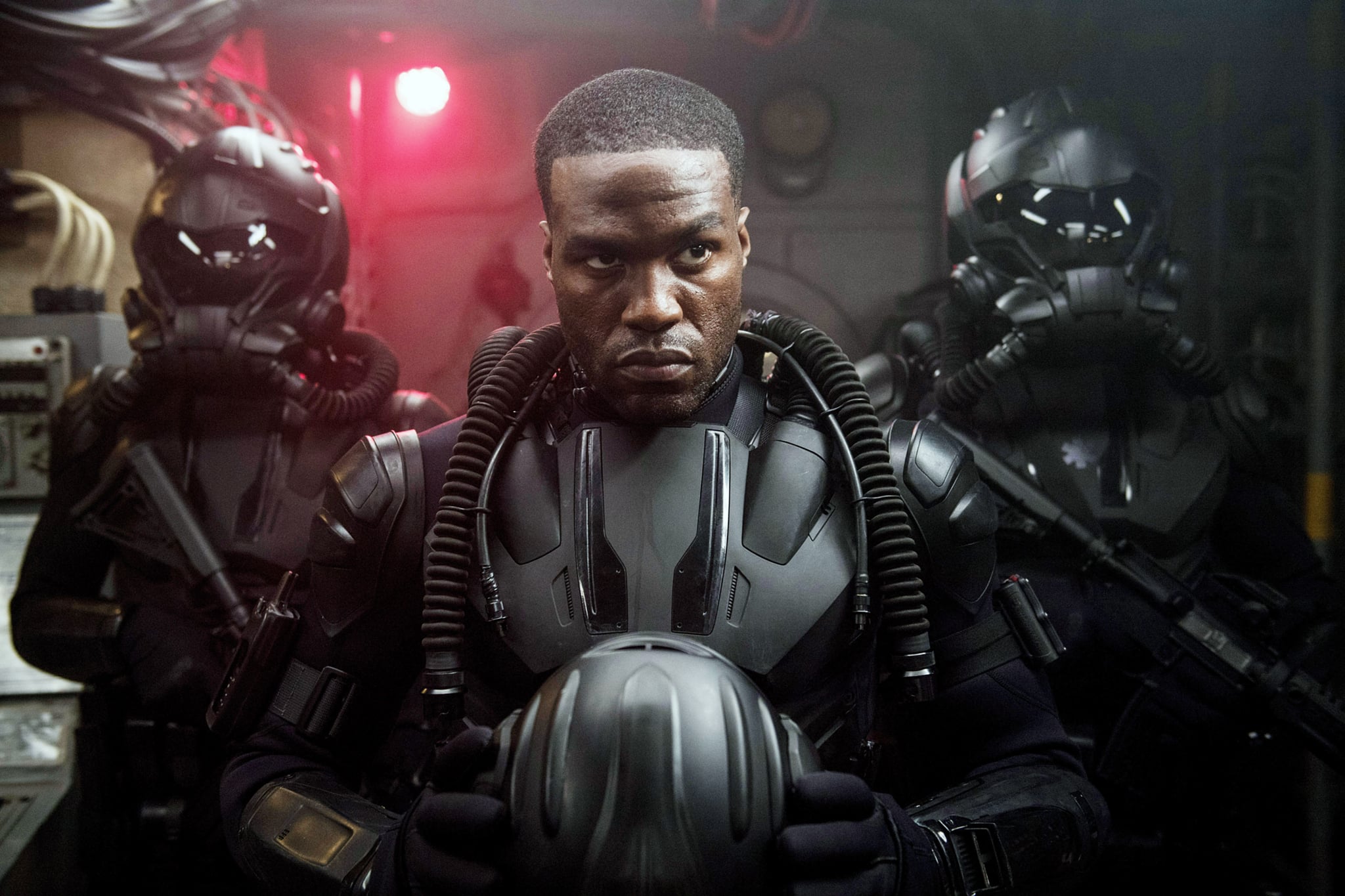 Warning: a tidal wave of spoilers for (and bad water-based puns about) Aquaman ahead!

Let's get this out of the way right now: yes, there's a postcredits scene in Aquaman. Well, technically it's a midcredits scene, which means, thank Poseidon, that you don't need to sit through the entirety of the credits to feast your eyes on the bonus footage. What's more is that there's just the one extra scene, so unless you truly enjoy watching the credits crawl by, you can be out the door faster than a sea creature screaming racist insults at Jason Momoa can vanish into the ocean floor (yes, a real thing that happens in this movie).

If, however, you're wondering what goes on in said midcredits scene, we've got you covered.

Related:
Jason Momoa Reveals the "Coolest" Thing About Playing Aquaman, and It's NOT His Trident

There are a handful of foes that Momoa's titular aqua-inclined superhero is forced to take on over the course of the film, from Patrick Wilson's King Orm to Dolph Lundgren's King Nereus. But also in the mix is Manta, played by Yahya Abdul-Mateen II, who is mostly memorable due to his, um, shall we say, interesting choice of suit (those giant red bug eyes aren't scaring anyone, my dude).

His vendetta against Aquaman, aka Arthur Curry, begins early on in the film when we encounter Manta and his father trying to violently overtake and ransack a Russian submarine. Their plan is foiled by Aquaman, who makes quick work of their crew, but in the ensuing confrontation, a large pipe falls on Manta's father and crushes him to the floor. As the sub fills with water, Manta begs Arthur to lift the pipe and save his dad. Aquaman is basically like, "This is the price you pay for being a pirate. Later." Manta's father drowns, but his grudge against Aquaman bubbles to the surface! (Hey, I warned you about these subpar water puns.)

So, back to the midcredits scene. If a future Aquaman sequel ever comes to be, the scene functions as a way to set things up for another potential conflict between Aquaman and Manta. You see, Aquaman defeats Manta in the third act by going head-to-head with the villain during a carnage-filled brawl through Sicily that ends with Aquaman smashing Manta's helmet and throwing him off a cliff.

That's the last we see of him until the midcredits scene picks up with Manta floating unconscious on some wood in the middle of the ocean. He's rescued by some men on a boat who don't seem all that important at first . . . until a shot of the boat's interior reveals whoever owns it is clearly interested in learning more about Aquaman's identity (newspaper clippings posted inside have that red "I'm a crazy conspiracy theorist" string hanging all over them). It doesn't take long before said conspiracy theorist is revealed to be Doctor Stephen Shin (Randall Park), who makes a pact with Manta: if Manta can lead Shin to Atlantis, the scientist will not only fix his broken helmet but also help him find out Aquaman's true identity.

Related:
Let's Talk About That Racist Sea Monster Julie Andrews Voices in Aquaman For a Sec

If Shin does indeed team up with Manta, Aquaman might be in real trouble. After all, the doctor is a renowned scientist with genius-level intellect in the comics, so crazy conspiracies or not, he could certainly help Manta get the revenge he so desires. A sequel has yet to be confirmed, so in the meantime, we'll have to do a little theorizing of our own.