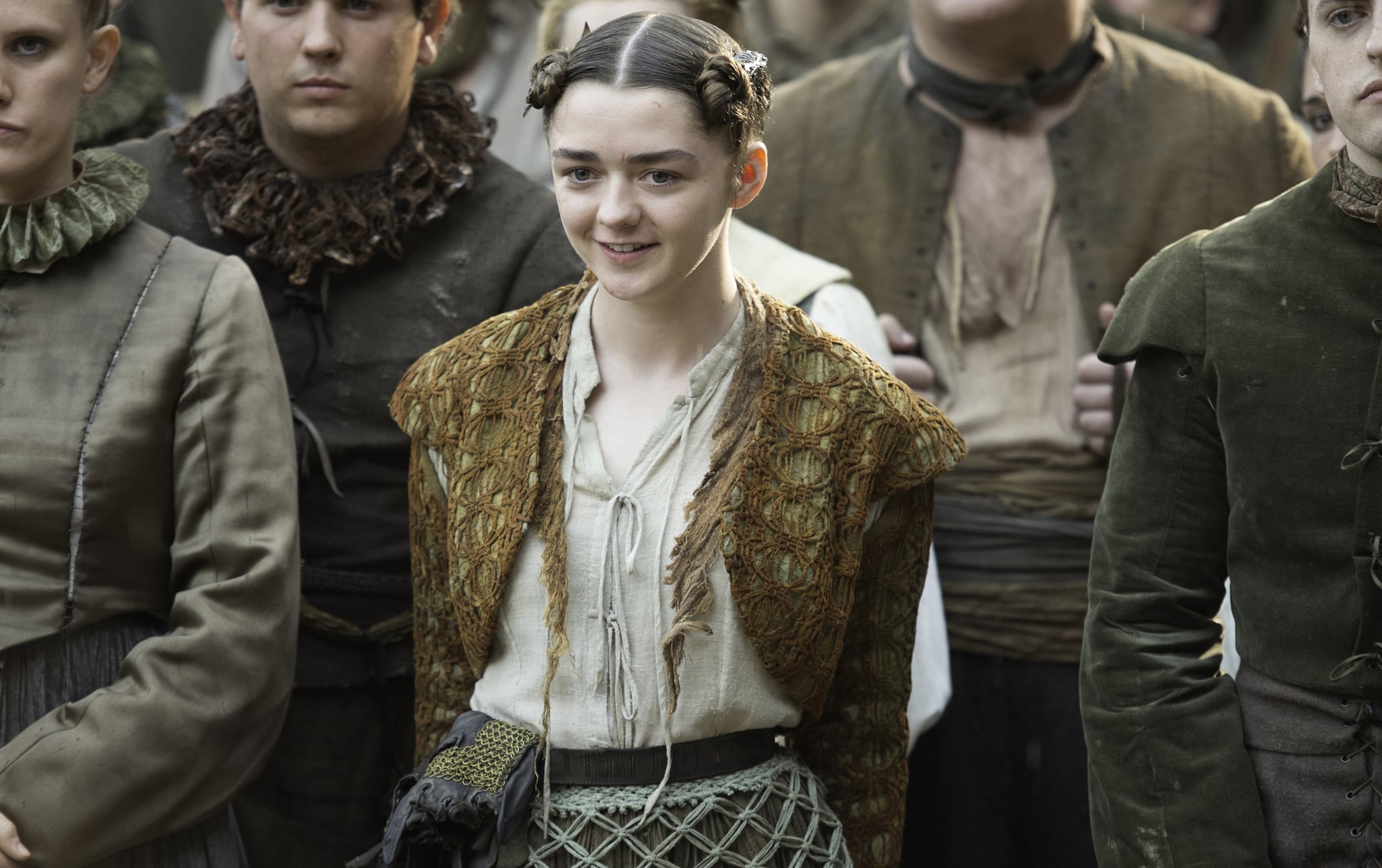 When we left Arya Stark (Maisie Williams) in season six of Game of Thrones, she'd left the House of Black and White and succeeded in brutally crossing off a big name on her kill list in the Riverlands: Walder Frey. So, with the season seven premiere rapidly approaching and the first trailer already giving us a few ideas, where might Arya be headed next? Here's what we know so far.

Related:
18 Game of Thrones Season 7 Theories to Read Until the Show Returns

1. She'll Reunite With Her Siblings

Throughout the trailer, Arya is seen in the blue-and-gray-tinged world of the North, where she rides around on horseback and attempts to make a fire in the cold. This lines up with a recent Entertainment Weekly photo spread that showed her on a horse in a location that looks a hell of a lot like Winterfell or Castle Black. If it's the former, it would be the first time she's returned to her family's home since departing in season one with her father, Ned. Could a reunion between some of the Stark siblings be in the works? She's been out of town for a while, but word has to have spread about Jon Snow (Kit Harington) and Sansa (Sophie Turner) taking back Winterfell. 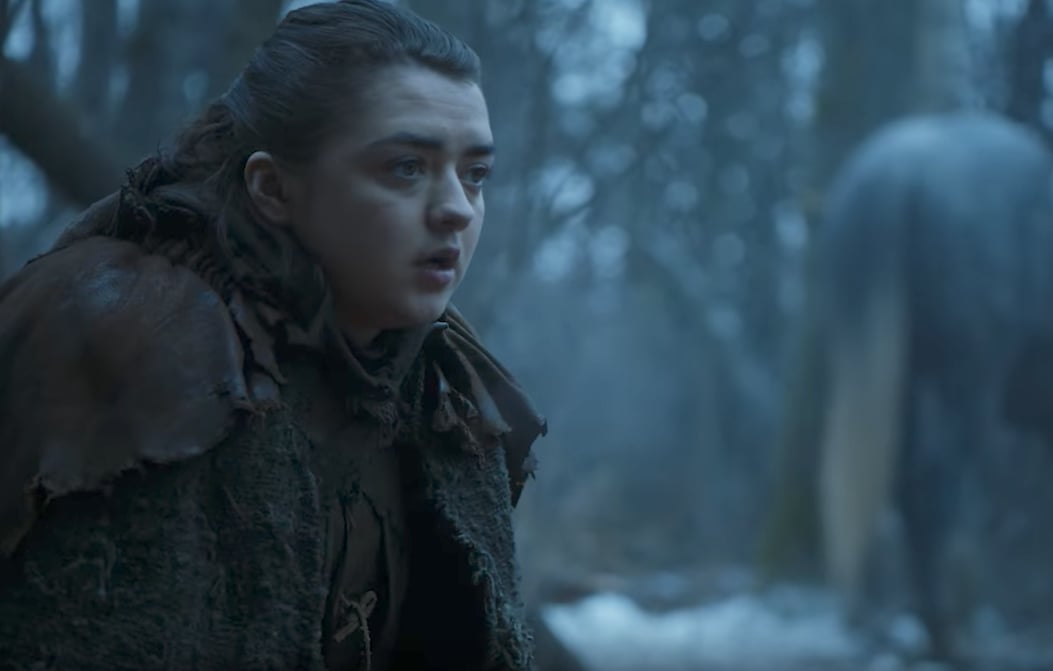 As always, it's difficult to believe anything other than misery could happen on Game of Thrones, but the chips for an Arya-Jon or Arya-Bran reunion are falling into place. In October, Williams and costar Isaac Hempstead Wright (who plays Bran) were spotted on set together in Northern Ireland, where scenes featuring Winterfell and Castle Black are typically shot. In the season six finale, Jon wins the battle for Winterfell after battling against Ramsay Bolton, and the other lords of the North declare him the new and rightful king. We know Jon will eventually meet up with Daenerys, so let's hope Arya isn't too little, too late.

2. She Crosses Paths With Melisandre

Walder Frey is far from the last person on Arya's kill list. After kidnapping Gendry way back when, Melisandre earned a spot, and now the two are heading toward each other. As you might recall, Jon Snow found out the Red Priestess burned Shireen alive and exiled her, so she's riding south from Castle Black. With Arya (presumably) heading north to Winterfell after killing Frey in the Riverlands, it's the perfect setup for them to "meet again."

It's hard to imagine Arya fangirling over anything other than the blood of her enemies, but Ed Sheeran might change that in season seven. After showrunners David Benioff and Dan Weiss found out Maisie Williams is a huge fan of Sheeran's, they tapped the singer-songwriter for a cameo appearance as a bard. "For years we were trying to get Ed Sheeran on the show to surprise Maisie, and this year we finally did it," Benioff revealed during Austin's South by Southwest Film Festival. Sheeran was psyched about his tiny role and described the scene they share to Hits Radio, saying, "I do a scene with Maisie [Williams, who plays Arya Stark]. I sing a song and then she goes, 'Oh, that's a nice song.'" Right to the point. Classic Arya.

Related:
Every Musician Who's Appeared in Game of Thrones Over the Years

4. She'll Come Face to Face With the Hound

Arya and Sandor Clegane don't part on the best of terms (leaving someone for dead is kind of frowned upon, you know?), but now they're back in the same vicinity. The Hound is still kicking and has been roaming around the Riverlands, so there's a chance Arya could bump into him on her way to Winterfell. Whether she's wearing her true face when it happens is another question entirely.

There's no coming back from having your throat sliced open, so why are there rumblings that Walder Frey (David Bradley) will pop up in season seven? According to Watchers on the Wall, who dug around for Bradley's official résumé, it looks like we haven't seen the last of the villain. Odds are he'll return in a flashback, or Arya will use her handy face-swapping skills to impersonate him for whatever reason.