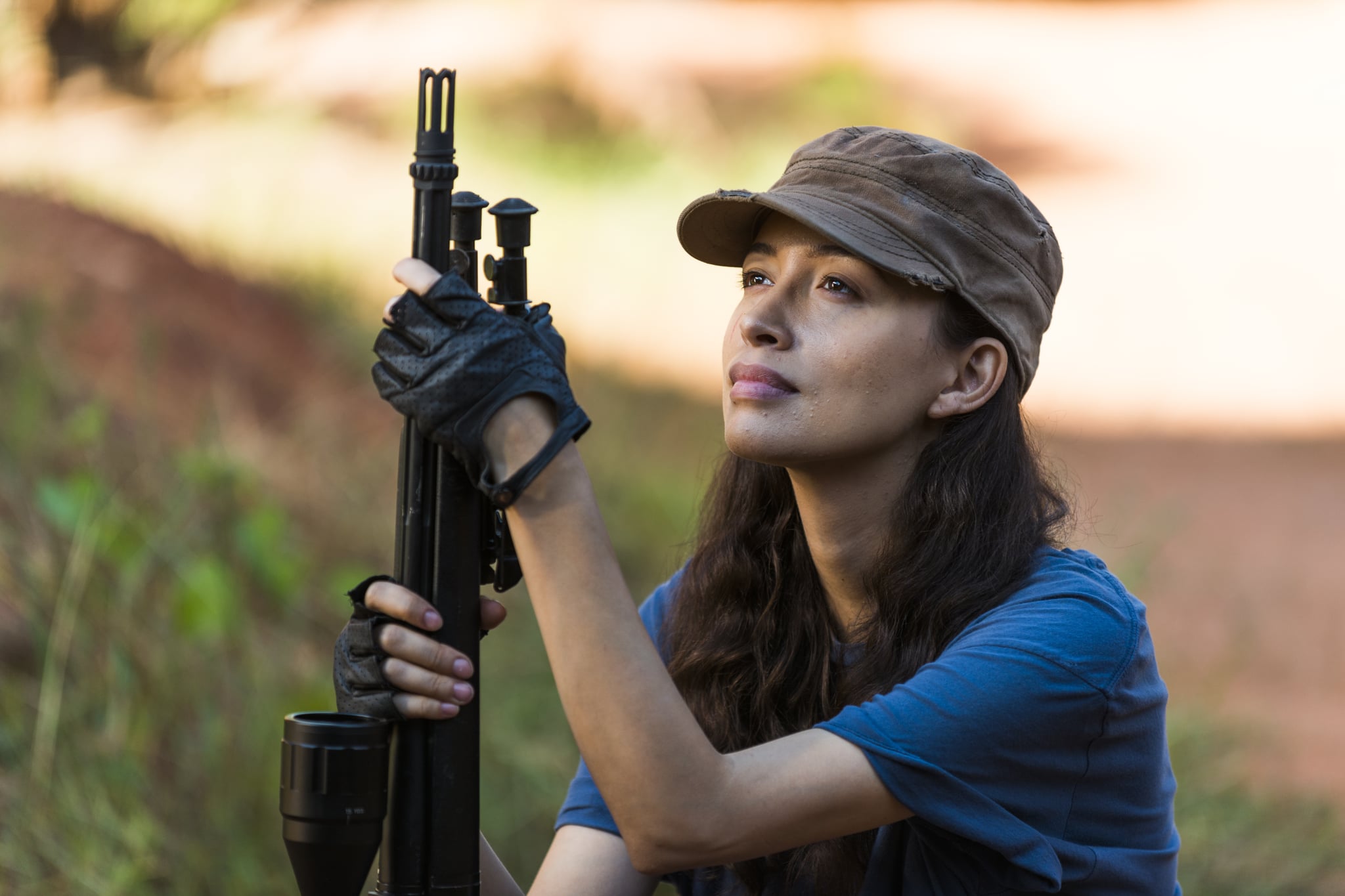 I'll be the first to admit I haven't always been the biggest fan of Rosita on The Walking Dead. Slowly but surely, though, her character has grown on me. Maybe it's her guts to take that shot at Negan in season seven, or her fierce loyalty to Rick and the gang that has made me a fan. As a new admirer of hers, I became curious about Rosita's fate on the show, and so I went back to reference the comics in order to find out if things are looking up — or looking grim — for her character. If you like Rosita, you might want to sit down for this one. (Spoilers for The Walking Dead comics below!)

In the books, Rosita is mostly known for her relationship with Abraham, similar to her storyline on the TV show. After learning of Abraham's death, Rosita tells Eugene that she initially only hooked up with Abraham for protection from walkers, but eventually fell in love with him because he was different from all of the other men she used in order to survive. Their relationship crashes and burns due to Abraham's infidelity with another woman named Holly who lives in Alexandria (similar to Abraham and Sasha on the show). Her grief leads her right into the arms of Eugene — yes, mullet-head Eugene — who comforts her after she moves in with him. Rosita denies her feelings for Eugene at first, but comes to accept the fact that she does really like him.

Related:
What Happens to Eugene in The Walking Dead Comics?

Two years after the war with the Saviors, Rosita reveals she's pregnant, but tells Eugene the child is not his. He tells her he will look after the baby anyway, and asks her not to tell the child's real father about her pregnancy. Sadly, their relationship is cut short once Rosita is beheaded by Alpha, also known as the leader of the Whispers, another wicked group Rick's coalition faces off with in the comics. Rosita's reanimated head is put down by Andrea, who is still alive in the books at that point.

So, there you have it! That's the full story of Rosita, guys. But it's worth noting that it doesn't necessarily mean the show will follow the same timeline. If it does, however, it sure looks like Rosita is in grave danger.

TV
The Vow: What Happened to Kristin Keeffe and Why She Went Off the Grid
by Stacey Nguyen 13 hours ago

TV
The Vow: Everything We Know About Pam Cafritz's Life and Mysterious Death
by Stacey Nguyen 13 hours ago

TV
Who Is the Sun on The Masked Singer? We Have Some Bright Ideas
by Kelsie Gibson 19 hours ago