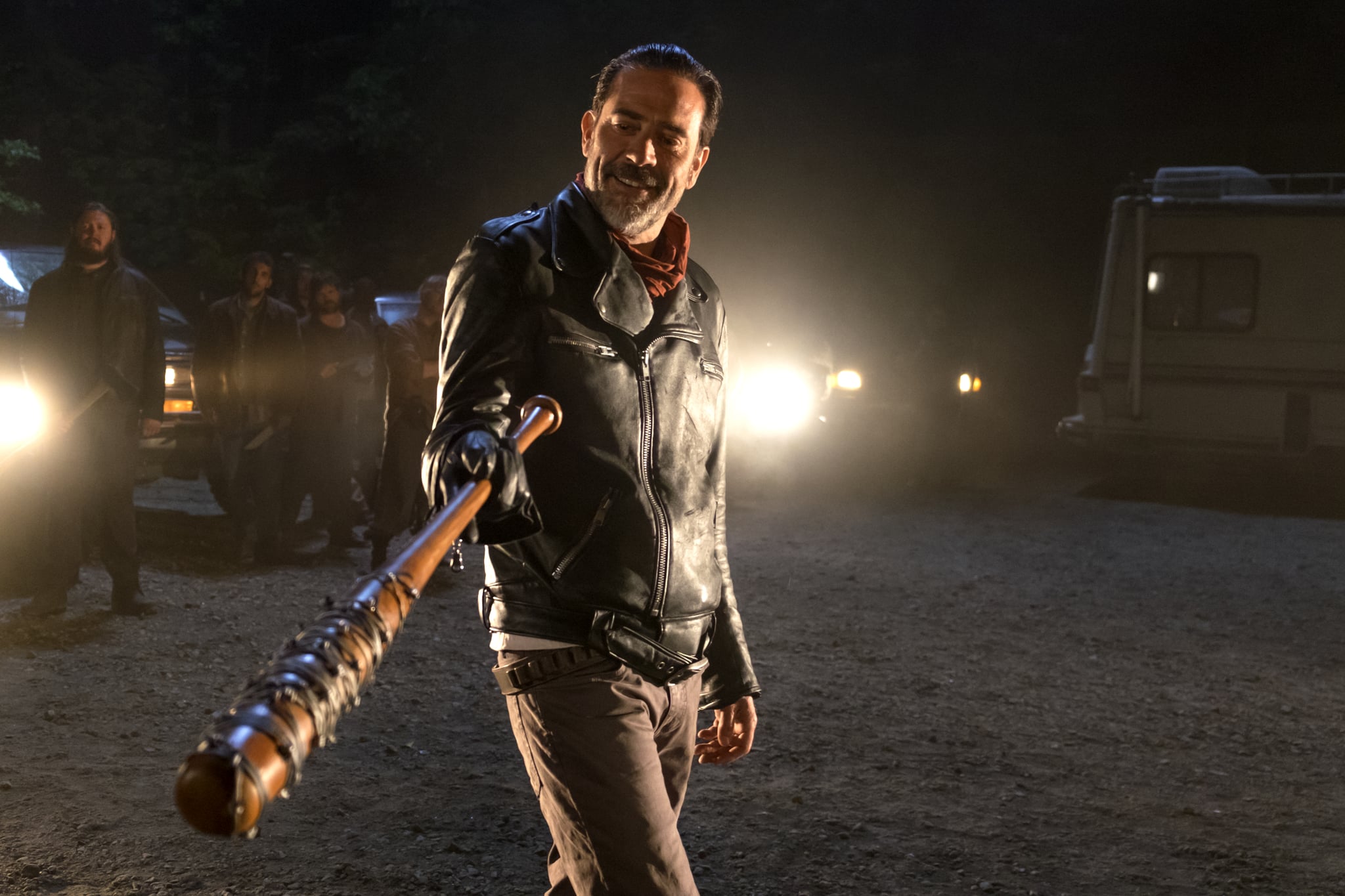 Over the last few months, the cast of the The Walking Dead has been asked over and over again to describe the long-awaited death scene in season seven's premiere episode. Words like "devastating," "rough," and "you'll want to kick your TV" were thrown around, and it turns out they weren't bluffing. The first episode of the new season picks up right where we left off in season six and finally gives us an answer as to who Negan's "Eeny Meeny Miny Moe" lands on. Unfortunately there are two unlucky winners: Glenn and Abraham.

The episode frustratingly starts off with a previously released clip showing a tense conversation between Rick and Negan in the direct aftermath of the Savior leader's deadly beatdown. Negan takes Rick for a drive in the RV, and it's not until halfway through the episode that we see the beatings play out in a series of flashbacks. Abraham is the first to die when Negan's twisted game lands on him, and in true Abraham fashion, he says "suck my nuts" before having his brains beat to a pulp. Afterwards, Negan taunts Rosita about Abraham's death, prompting Daryl to leap up and attack Negan. Daryl is quickly restrained by the rest of the Saviors, and Negan decides another member of the group must die for his outburst. Enter Glenn. Just like his death in the comics, it's brutal, bloody, and heartbreaking. Now, excuse us while we try to wipe the image of Maggie's horrified facial expression out of our memories forever . . .