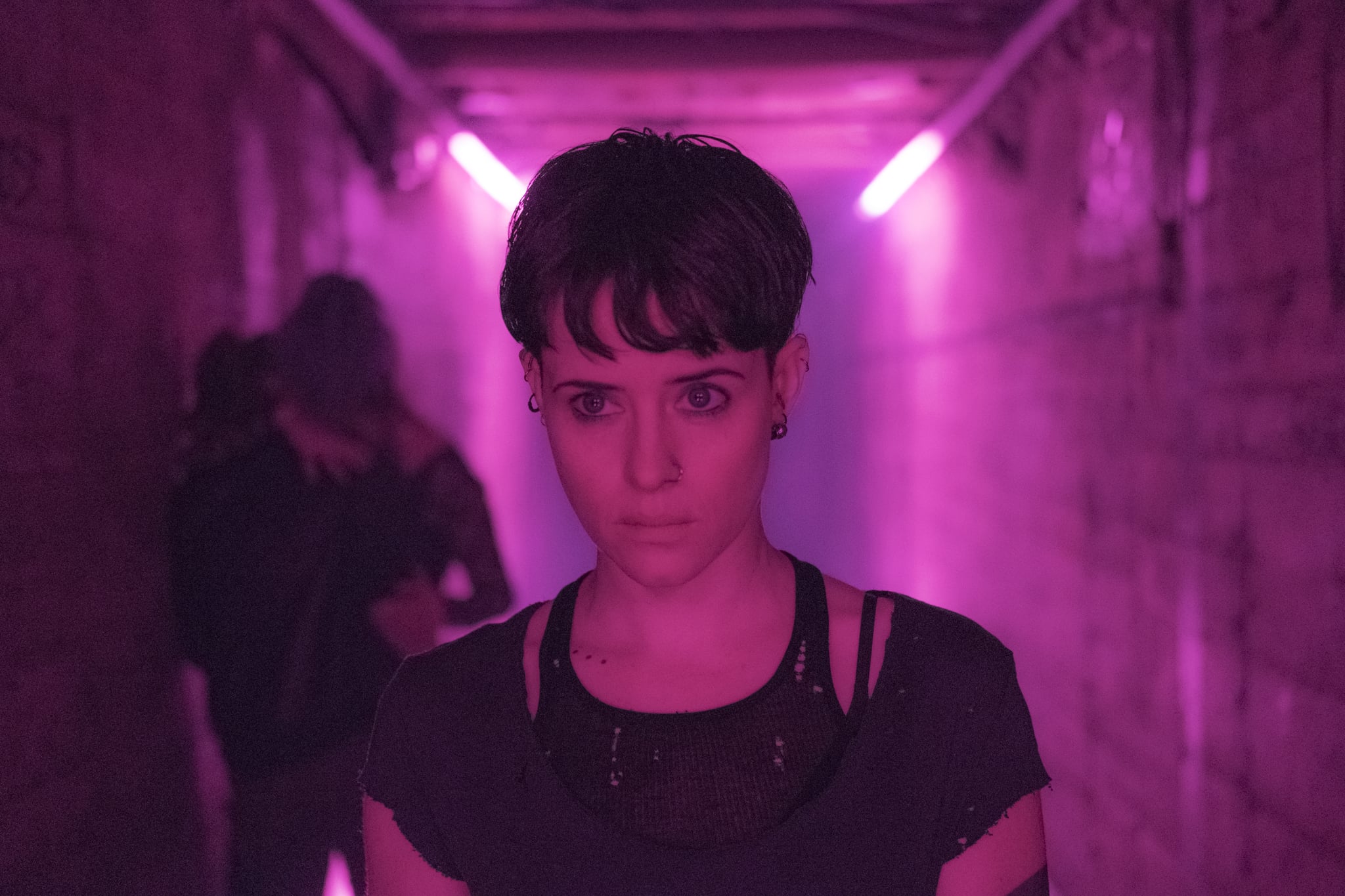 Many raised their eyebrows when The Girl in the Spider's Web was first announced, and for good reason. The new film would be based on the fourth book in the series, despite the fact that movies for the second and third books had never made it into production. Fede Alvarez would direct instead of David Fincher. And Claire Foy would replace Rooney Mara as Lisbeth Salander, the dark and complex antihero. I'll admit I've been in the dubious majority with everyone else when it comes to the film. After seeing a good 20-minute chunk of the film and witnessing a Q&A with Alvarez and Foy, though, I must admit that I've started to change my mind.

Obviously, Alvarez and Foy's take on the gritty universe (and the characters that exist therein) was always going to be pretty different from Fincher and Mara's. When speaking to the former pair about the film, though, it seems like they've changed perspectives, updated the story, and fleshed out the character in refreshing ways. For one, Lisbeth is much more fluid in the new film, especially in terms of her sexuality. It's not so much that you can put Lisbeth in a fun new box, per se — I wouldn't label her as "lesbian" or "bisexual," and neither would Foy. I'd sooner call her "queer," but even that feels a little limiting. "The thing that I love about her so much," she said, "is her unwillingness to go identified in any particular way. She rejects any labeling, anything that society wants to put on her and anyone else wants to put on her. She lives entirely as herself. And therefore she will seek pleasure where she seeks pleasure, whether that's with a man or a woman or on her own."

"She will seek pleasure where she seeks pleasure, whether that's with a man or a woman or on her own."

The cool thing about a more open-minded and hedonistic Lisbeth is that she, in turn, allows room for all kinds of diverse character representation, both internally and in those around her. "She has absolutely no inkling of judgment or ability to identify with other people in that way. And so, therefore, she treats other people like that as well, which means that she's incredibly open. For somebody who you would think looks a particular way so therefore is a particular type of person, she just is not, at all. And I think we could do with more people who kind of are open to absolutely everything and therefore accept that in other people as well." Wow, I never thought I'd learn how to be a decent human being from an enigmatic and Swedish computer hacker, but you know what? I'm here for it.

Meanwhile, Alvarez explained how this film is much more feminist and Lisbeth focused. "This is the first movie that is about her. All the other movies, I mean she's the whole deal, but it's Mikael Blomkvist's story. I mean he's the guy that you relate to," Alvarez said. "It's harder to relate to her naturally because she's just so different from you, right? So she's always the character that you follow, and Blomkvist's always trying to chase behind her. And you cut to her — 'What's she doing?' — but the main character is Mikael Blomkvist. The character that everyone connects with at the beginning of the first book and all the books and all the movies that are being made, it's about that character." 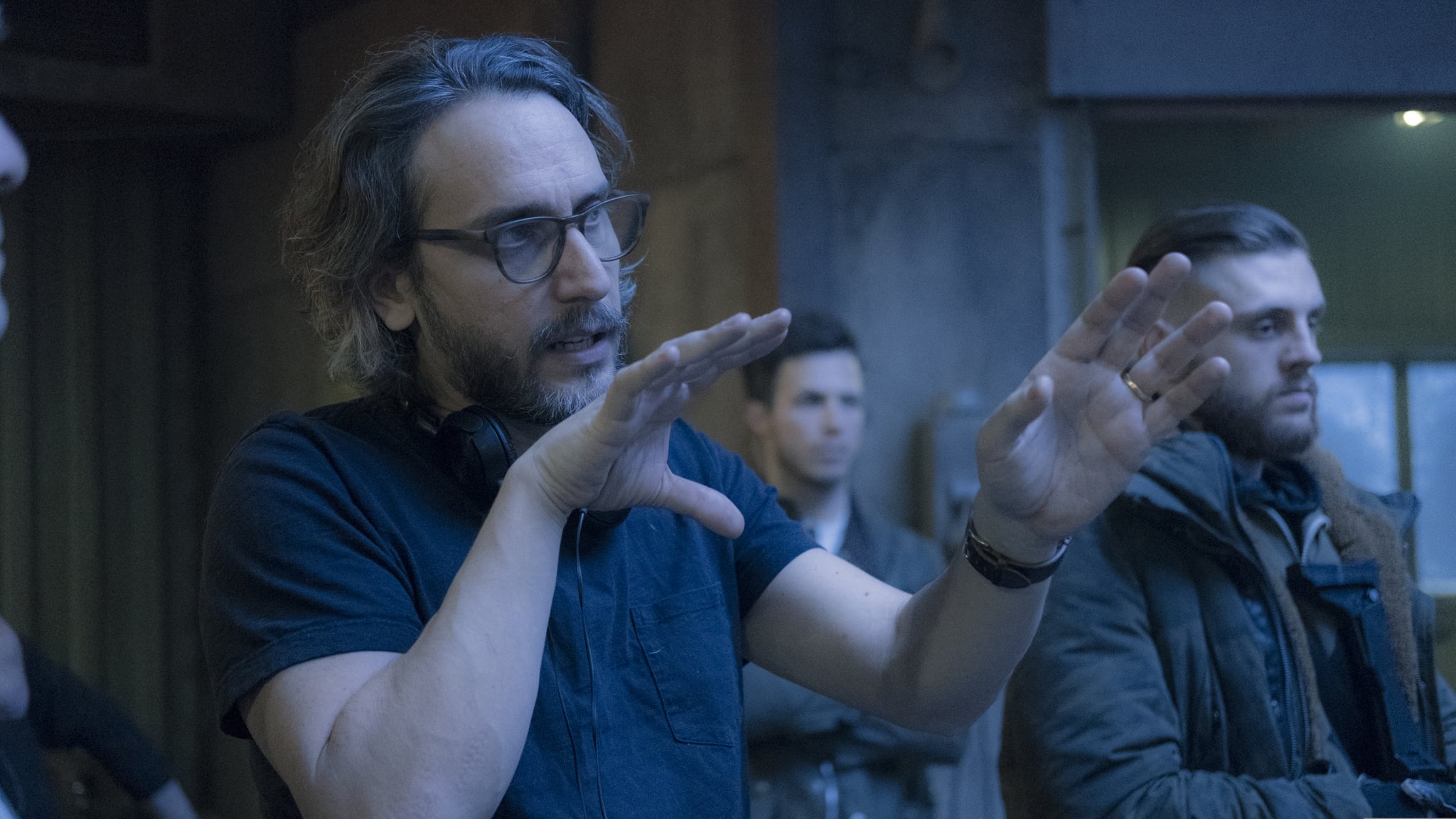 "This is the first time that we dared to tell a story that hung itself on her," Alvarez continued. "And [Blomkvist] is more like a character that is present in the movie, but it's all about her." As a small addendum, Alvarez also copped to the fact that the new film pulls a lot of inspiration from modern-day superheroes films, and tends to pay homage. "She's like a feminist Batman," he noted. "That's who she is. And so she does have that element of superhero, I guess, but the adventure itself is quite different. The setup, I guess, there are a lot of those elements in it for sure and some of that."

Speaking of a "feminist Batman," it's hard to address the film without bringing up its obvious connection to the #MeToo Movement. After all, she literally rescues a battered woman from her abusive husband in the trailer for the film. What's interesting, of course, is that The Girl in the Spider's Web was announced long before the movement began.

"We were doing the prep while that was all going on," Foy revealed, "and I took great solace in the fact that this movie and the idea of wasn't jumping what would be seen as bandwagon. The interest in Lisbeth has always been there, and everyone's always been deeply fascinated with her. And much like the #MeToo Movement, that's not because it's timely or that it's kind of suddenly in the zeitgeist and it's newsworthy. It's always been there as the reality. The difference is that people are now listening and talking about it openly as opposed to just ignoring it. And that's the same with Lisbeth."

Foy continued, talking more about the legacy of Lisbeth herself. It's not only that the film is centered around her, but that she's such a complex individual who shines onscreen. "I think that's an interesting thing that I've never even thought about before, sort of what Fede said about how she's now the center of the film. Now you can trust in an audience loving a difficult character. She's not lovable. She's not polite. She's not pretty. She's not everything that you think a female protagonist is supposed to be. Soft and, you know. She's hard. And she makes really terrible, terrible decisions. And you don't know whether you can get behind her of them. And I think that's the interesting thing about it. And obviously, she's survived abuse. And that's just how I see her, as a survivor. And if that, therefore, means that represents people, represents a certain movement, then that's amazing." 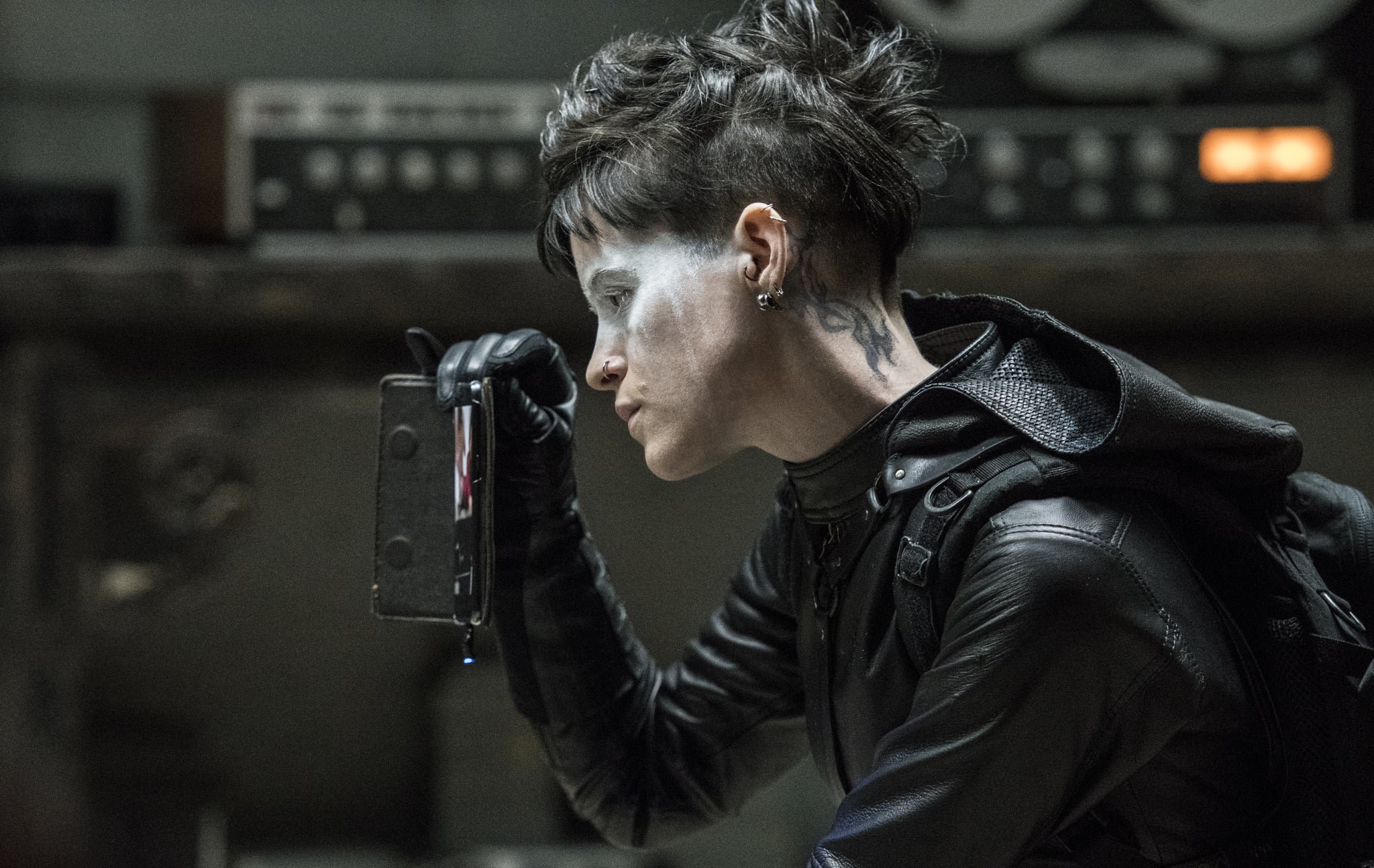 But it wasn't just Foy doing all the legwork to ensure that Lisbeth was strong, feminist, and unsexualized. In fact, Alvarez made a point to constantly listen to Foy and check himself during the production of the film. "I thought, 'Am I making her too sexy right now? No, maybe I should pull back.' It was superpresent in our heads . . . To make sure we didn't do anything that was just stupid exploitation. And when you have a movie when the female character is the center of it, and allowing her to not care about how she's going to look in this way."

Alvarez continued, "She looked real, that's it. And the push usually for commercials like, 'Let's get tighter clothes and leather.' Both of those, it was like, 'Ah, no.' It's just, 'Don't.' And particularly Claire was the guardian of making sure we didn't do anything that felt exploitation-y. Even we had discussions about like, how the camera will move in this scene to not feel that we're doing the wrong thing. [Claire] reminded me, 'You're a male white man, Fede, don't forget.' And I'm like, 'Oh, yeah, maybe I'm not seeing that, just doing it for the wrong reasons.'"

And what would a Q&A be without a little shade on some other female-empowered movies? "You look at the other movies and look at the other superhero movies, where they were so proud that there was a female in front of it," Alvarez said. "I still see it up there a bit as, 'Well, but they're still trying to look impeccable and pretty and tight clothes and stuff.' I'm not saying it's bad, I'm saying at least with this one we didn't do any of that. We were really embraced it a way that for a movie of this size it totally has never been done before. It's never been done before the way did it, the way we treated it, and the way we treated the character."

Sounds pretty awesome, for the record. The Girl in the Spider's Web hits theaters on Nov. 9.

Florence Pugh
Florence Pugh Thanks the Cast and Crew of "Don't Worry Darling": "Your Dedication and Love Was Seen Daily"
by Sabienna Bowman 17 hours ago