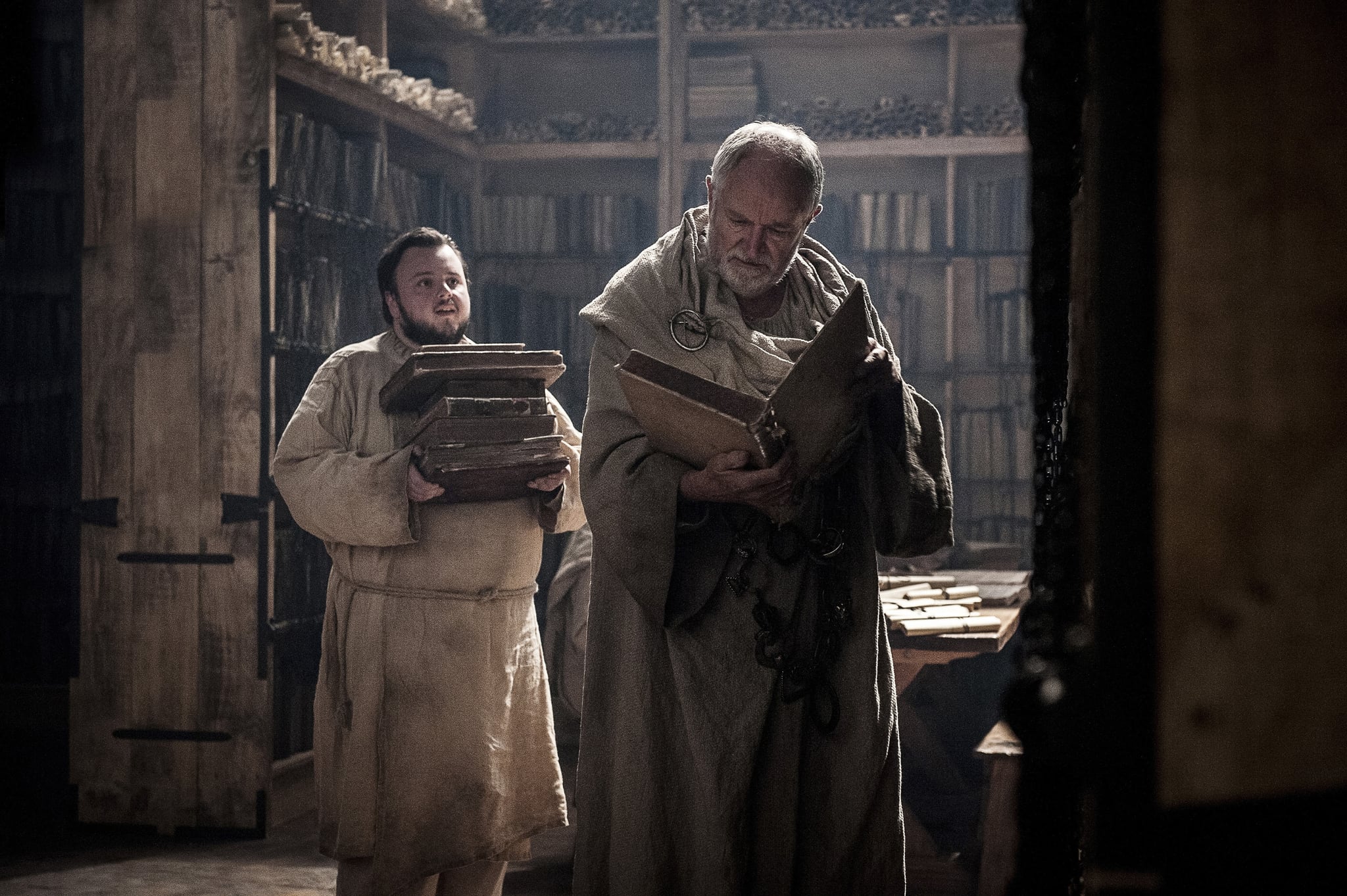 Sam has been doing some pretty gnarly work this season on Game of Thrones — he cures Jorah Mormont of greyscale, and is poised to help with the battle of the White Walkers (if he can just get through that mountain of copies he has to make) at the Citadel. While Sam is learning, we're also learning more about the setting of one of Westeros's oldest and grandest cities, Oldtown. For a primer on the important locale, keep reading.

Oldtown is the home of the Citadel, where Maesters (basically healers) are trained. We've heard mention of the Citadel in reference to Qyburn being kicked out for his experiments on the living. A few other key bits of knowledge you should know include that it is extremely old and large, was built by the First Men, and is home to House Hightower.

How Does One Become a Maester?

Becoming a Maester in the world of Game of Thrones requires much dedication. They study incessantly until they earn a link of metal that reflects their area of scholarship. When the aspiring Maester has earned enough links to form a chain around their neck, they graduate to the title of Maester. This often takes years to complete but can be done in less time if the student is exceptional (as we know Sam is).

Why Did Sam Go to Oldtown?

Maester Aemon's death on season five leaves the Night's Watch with no Maesters. Sam is the most learned man on the Wall and has an obsession for books that would certainly brand him a well-respected nerd in today's society. Perhaps, too, Jon had anticipated the coming fight against the White Walkers at the Wall and knows that, if the Night's Watch survives, they will need Sam there as a Maester. Sam would not be as useful in the fight (in spite of his moments of heroism), but can do a lot at the Citadel (and already has!).