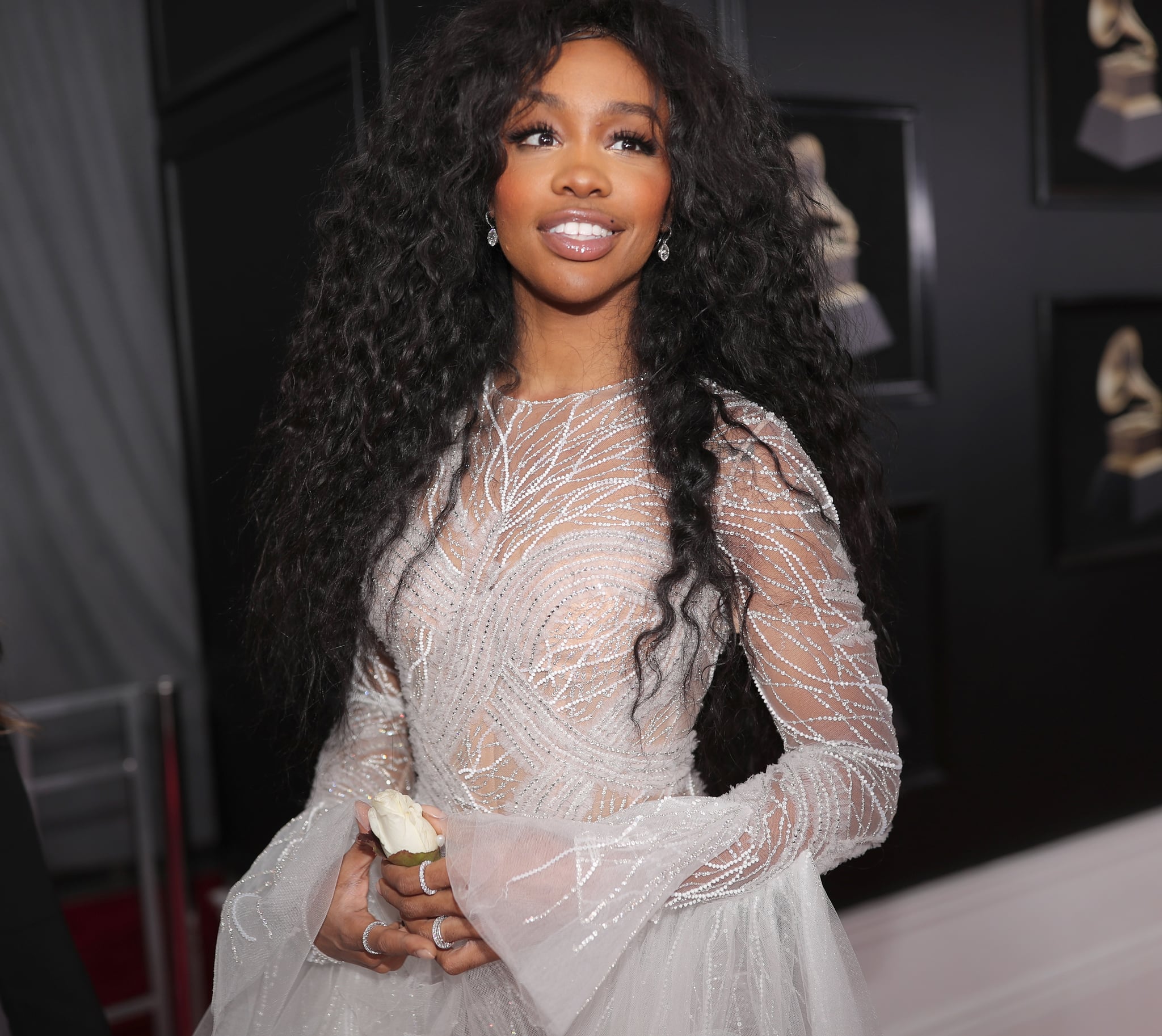 One of the hottest performances of the Grammys on Sunday was SZA taking the stage to sing "Broken Clocks," the ninth song on her 2017 debut studio album, Ctrl. But if you're wondering about her name, you're not alone. Twitter was delighted to finally be told how to pronounce "SZA" (Sizz-ah, if you're curious). But just as many people were wondering what her real name is and what the letters stand for.

Related:
Listen to Me Carefully: It's Time to Get Into SZA

SZA (real name Solana Imani Rowe) explained her stage name to Complex Music in a 2013 interview. The 27-year-old artist is a practicing Muslim, so she took the letters from the Supreme Alphabet, which was developed by Clarence 13X after he left the Nation of Islam. It is a method of interpreting text and finding deeper meaning in the original 120 lessons written by Elijah Muhammad, leader of the Nation of Islam from 1934-1975.

Rowe's stage name is an acronym from the Supreme Alphabet that technically stands for Savior Zig-Zag Allah, but she told Complex that having the S stand for savior "didn't sit right" with her, so she decided it stands for sovereign. Similarly, Wu-Tang Clan member Robert Fitzgerald Diggs goes by the stage name RZA, which stands for Ruler Zig-Zag Allah.

In the same interview, SZA also talked about growing up Muslim and how much her life changed after 9/11 because she was being bullied and attacked in school. So she tried to fit in and be "regular" for a while, but eventually she reembraced her Muslim heritage. SZA has definitely made a splash in the music world this past year. She earned five Grammy nominations and four NAACP Image Award nominations (winning one, for outstanding new artist). Can't wait to see what's to come!