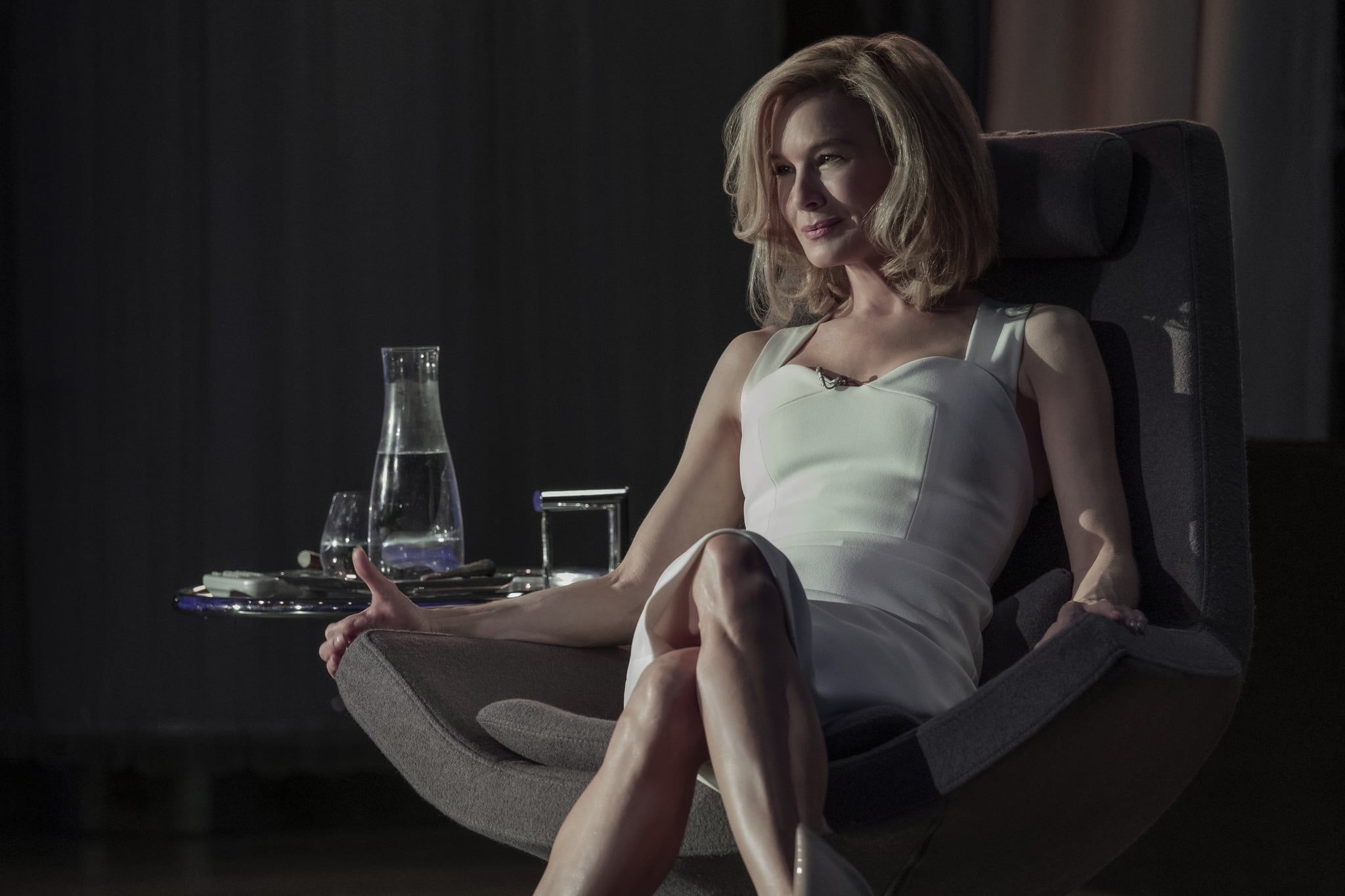 Psychological thrillers are nothing new, but Netflix aims to put a new spin on the genre with What/If. The anthology series, by the creator of ABC's early-2010s thriller/soap Revenge, digs into questions of human choice, along with its standard-issue mind-screw plot. If you're thinking about streaming it, here's what we know so far (only minor spoilers ahead).

The plot of the first season revolves around Anne Montgomery (Renée Zellweger), a self-help author and motivational speaker who is equally capable of turning her motivational talents into manipulation. Her specialty is encouraging her listeners, especially women, to be utterly relentless and pursue whatever it is they want most. She makes a morally and emotionally messy offer to a young married couple — Sean, a paramedic, and Lisa, who's been unsuccessfully attempting to launch a health start-up. As it turns out, that offer is just the start of a series of increasingly dramatic and complicated choices.

Anne offers to finance Lisa's company with $80 million, which will help Lisa develop her crown jewel: a molecular sequencing project that would allow drug companies to tailor medication for every individual. But in exchange, Anne wants a night alone with Sean. And there's another catch: Sean and Lisa must never discuss whatever goes on between him and Anne.

Black Mirror Season 5 Trailers Are Here, and I Want to Throw My Phone Out the F*cking Window

Something happens when Anne gets her alone time with Sean, although it's unclear exactly what goes down at first. What is clear is that Sean is changed by the experience, with his psychological state and his marriage both deteriorating. At the same time, another couple — Ian and Angela — experience their own ups and downs, and he too falls under Anne's sway and begins to go off the rails.

The series is designed to be an anthology, in which each season will tell a different story but revolve around a unifying theme. Series creator Mike Kelley told Forbes that he intends for each season to focus on a different set of characters and a different scenario, but always coming back to the ideas of free will, fate, and choice.

"Everyone understands there are decisions that you either made or didn't make that have affected your life and put you on your path. While this isn't a sliding-doors-style show, it is about making a morally consequential choice and watching what happens. We're the masters of our own destiny in a lot of ways and I wanted to shine a light on our responsibility for the choices we make that lead us to the places we now find ourselves." Viewers can see the outcome of these choices when What/If hits Netflix on May 24.

Stranger Things
Caleb McLaughlin on Racism From "Stranger Things" Fans: "It Definitely Took a Toll on Me"
by Chanel Vargas 21 hours ago