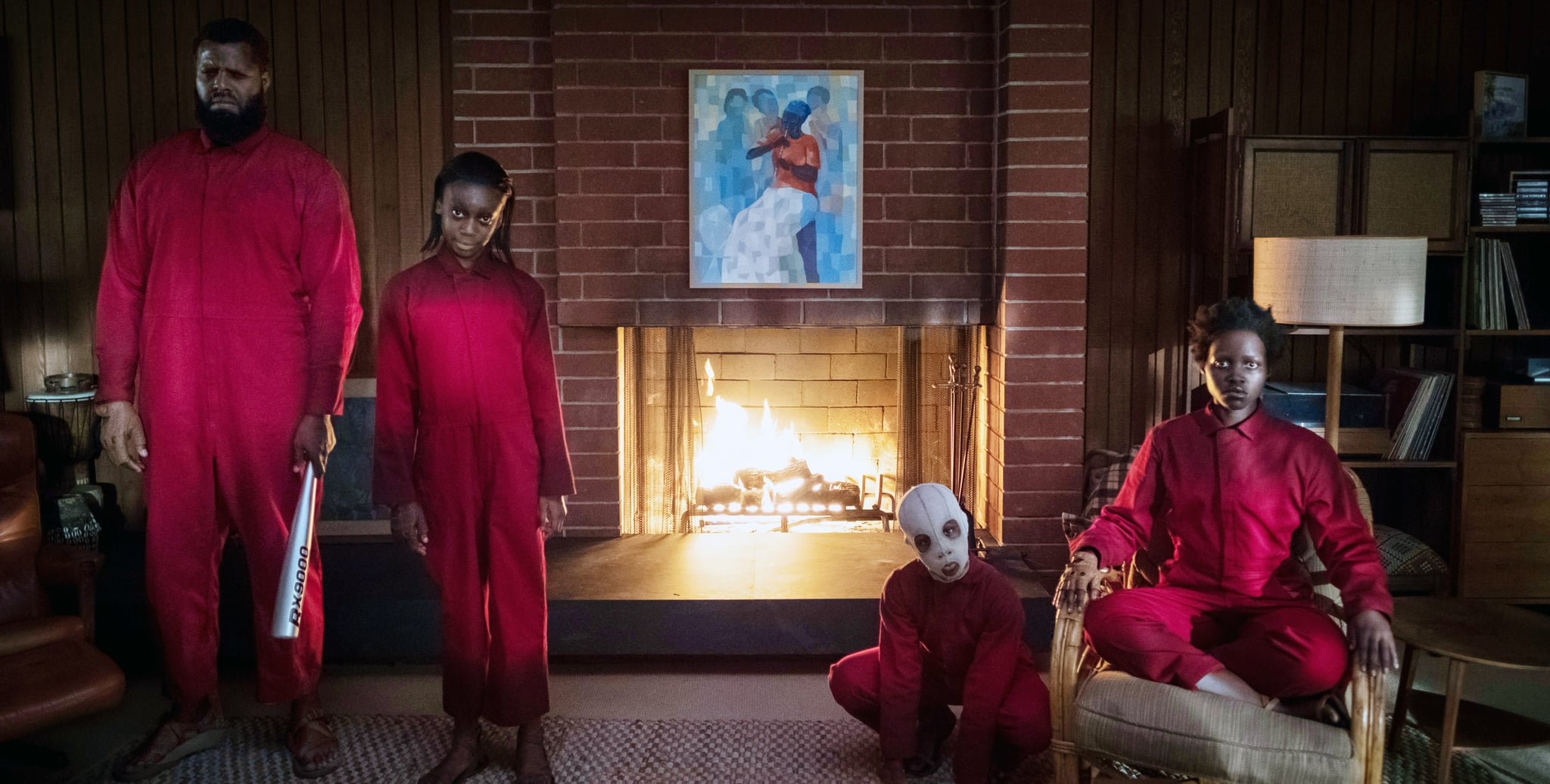 There are a few things you should know before watching Jordan Peele's latest horror masterpiece, Us: don't see it without a buddy (you'll need someone to help sneak you out of the theater when you inevitably pee your pants out of fear); be prepared to never want to use scissors ever again; and brace yourself for the bone-chilling voice Lupita Nyong'o uses as her evil doppelgänger, named "Red."

Technically, Nyong'o plays two roles in the film: the paranoid but relatively normal suburban wife and mother of two named Adelaide, and Red, the jumpsuit-wearing identical killer who comes after her. When Red crashes Adelaide's beachside vacation with her family, she's not alone — she brings along demonic versions of Adelaide's husband, son, and daughter, too, and explains they're called the "Tethered." Adelaide's family physically looks exactly like their Tethered counterparts, down to the way they creepily mimic their movements. But when it comes to their voices, that's where things get weird.

Related:
10 Tales to Tide You Over Until the Premiere of Jordan Peele's Us

The only member of the Tethered family who appears to be able to speak is Red, while the rest of the doppelgängers communicate only in unintelligible grunts, screams, and hisses. Then again, saying Red can "speak" is being generous — it's more like she croaks. Apparently, Peele's script called for a "scratchy" voice, and the one Nyong'o uses is deeply unsettling. Wherever did she get the inspiration for it? (No, "the pits of hell" is not the correct answer.)

"Nyong'o attended a fashion event where, to her surprise, she heard a speaker whose voice she thought sounded close to what Peele was describing," the New York Times reports. "The speaker was Robert F. Kennedy Jr., who has spasmodic dysphonia, a neurological disorder that causes involuntary spasms of the larynx."

As far as horror movie inspirations go, this is not one I was expecting.