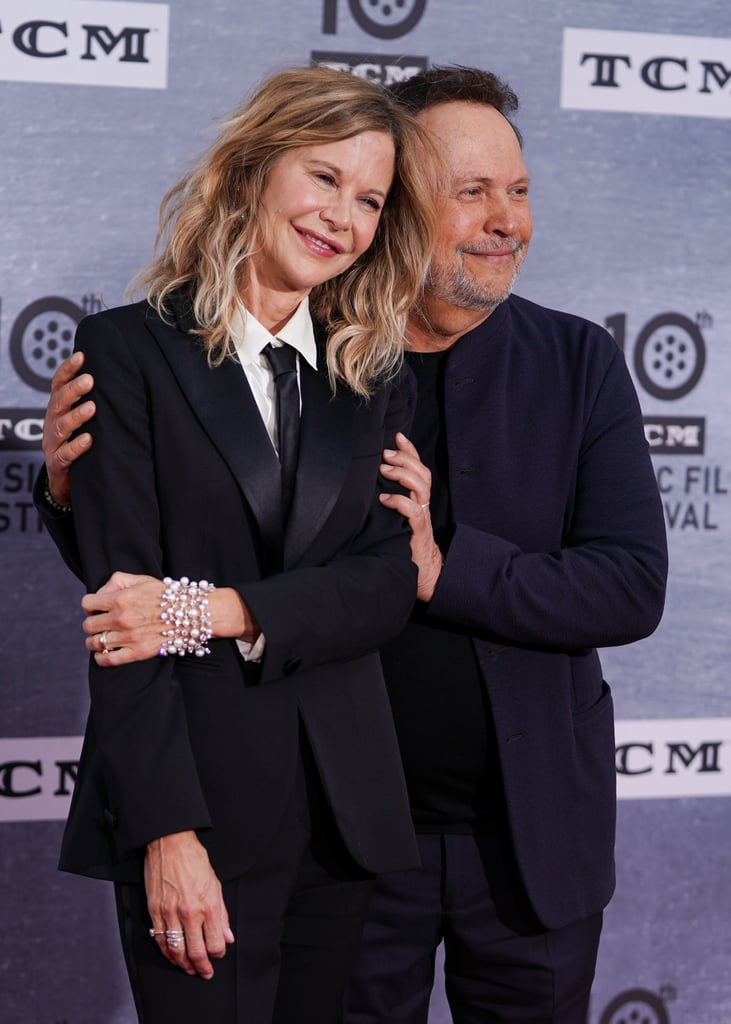 Meg Ryan and Billy Crystal reunited to prove once and for all that women and men can indeed be friends . . . which does, in fact, go against the entire point of When Harry Met Sally. To celebrate the 30th anniversary of the seminal romantic comedy, the costars recently attended a screening and discussion during the 2019 TCM Classic Film Festival. Also in attendance was director Rob Reiner, who posed for pictures with Ryan and Crystal.

Nora Ephron, who wrote the movie along with many other Meg Ryan classics like Sleepless in Seattle and You've Got Mail, sadly passed away from complications of leukemia in 2012. In a recent interview with The New York Times, Ryan reminisced about Ephron, saying, "Her observation about romantic comedies is that they were commenting on their time in an intelligent way, but with the intention to delight." See photos of the bittersweet yet heartwarming reunion ahead.