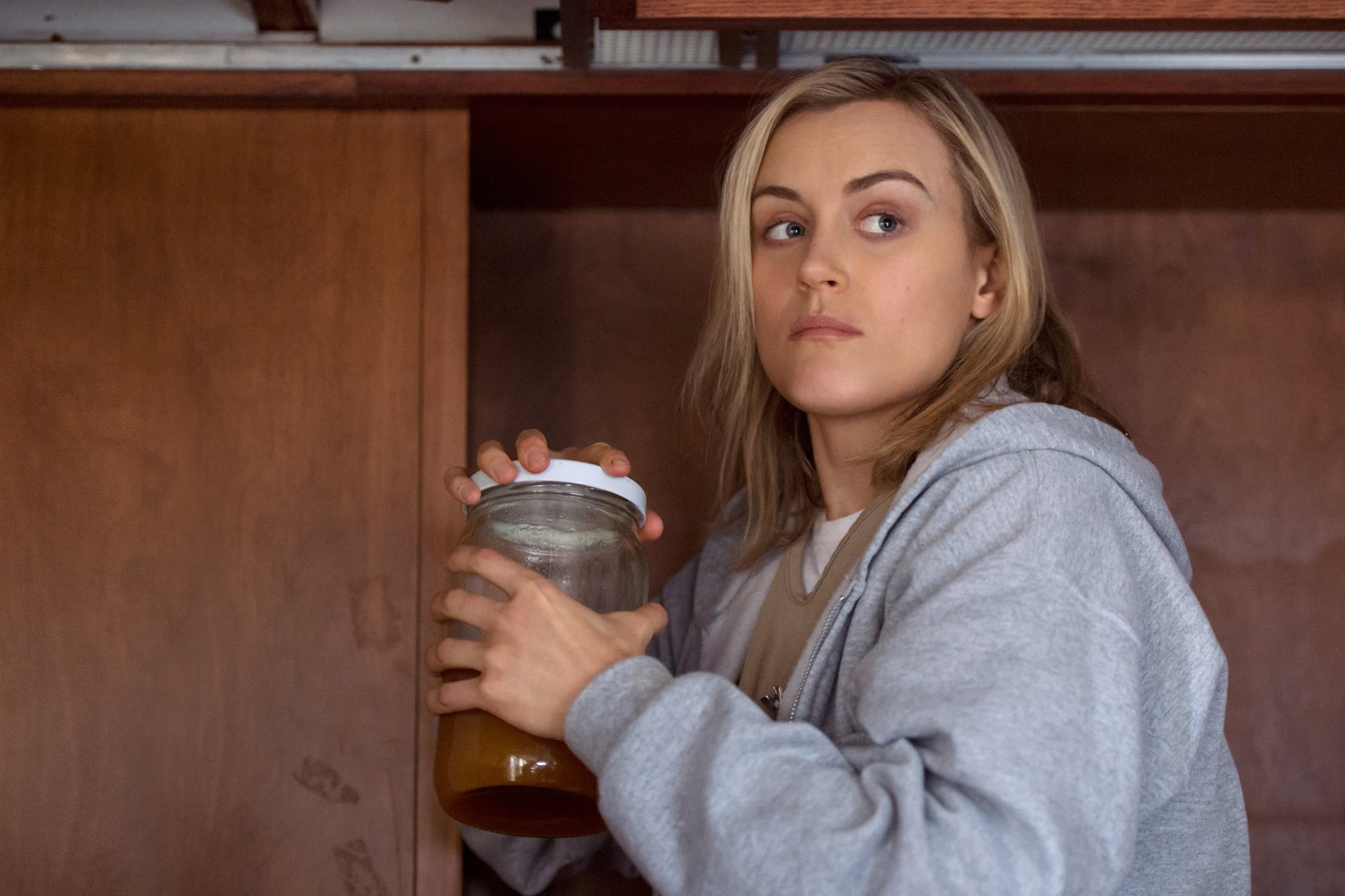 The thing about Orange Is the New Black is it's hard to tell how much time everyone has left. Which is ironic, because the Regina Spektor theme song is called "You've Got Time." Over the course of the past four seasons, we've kept track of all the crimes everyone committed to land themselves behind bars. The murkier part of the show is how long their sentences are. This is not quite the case when it comes to Piper Chapman, mostly because she's pretty clear on her prison sentence from the get-go: she's serving 15 months for her pretty minor role in Alex Vause's drug cartel. With a clear time period in mind, you might think it's pretty easy to figure out how much time Piper has left. It should be simple math, but there are two things that are seriously throwing us off.

Remember in season two when Piper is flown to Chicago to serve as a witness against Alex's boss, Kubra Balik? You might also recall how Alex asks Piper to commit perjury. Alex wants Piper to corroborate her story: that she had never met Kubra. Alex begs Piper to lie under oath so that their stories match. At the last second, though, Alex decides to tell the truth in exchange for early release, making Piper's lies obvious.

Piper returns to Litchfield, and we never truly know if the court adds time to her sentence for lying. It's never really brought up again. So it's possible she's still serving her 15-month sentence, and it's possible her time in jail is set to be longer.

There's something else that makes it hard to calculate remaining time: the show's complicated timeline. We're not exactly sure how much time has passed since Piper first entered the prison, but thanks to the collection of holidays (Thanksgiving, Christmas, Valentine's Day, Mother's Day), weather clues, and even Daya's pregnancy, we have a rough timeline. Based on all the information, it's probably been a little over a year since Piper was first incarcerated. Meaning she's got some time left on her initial sentence, plus extra if she is indeed getting punished for perjury.

Slowing down the timeline is season five, which only takes place over the course of a few days. So even after the end of season five, it's clear Piper's still got time. If there was any hope for her respite from the hellish halls of Litchfield, it might be time to let that go.

Aidy Bryant
Shrill Is Ending With Season 3, but It's Not Entirely Clear Why
by Amanda Prahl 34 minutes ago

TV
5 Things You Didn't Know About Chiara Aurelia, the Star of Freeform's Cruel Summer
by Hannah Resnick 49 minutes ago

Nostalgia
Do You Have What It Takes to Become a Legend of the Hidden Temple? Now You Can Find Out
by Grayson Gilcrease 1 hour ago

by Grayson Gilcrease 39 minutes ago