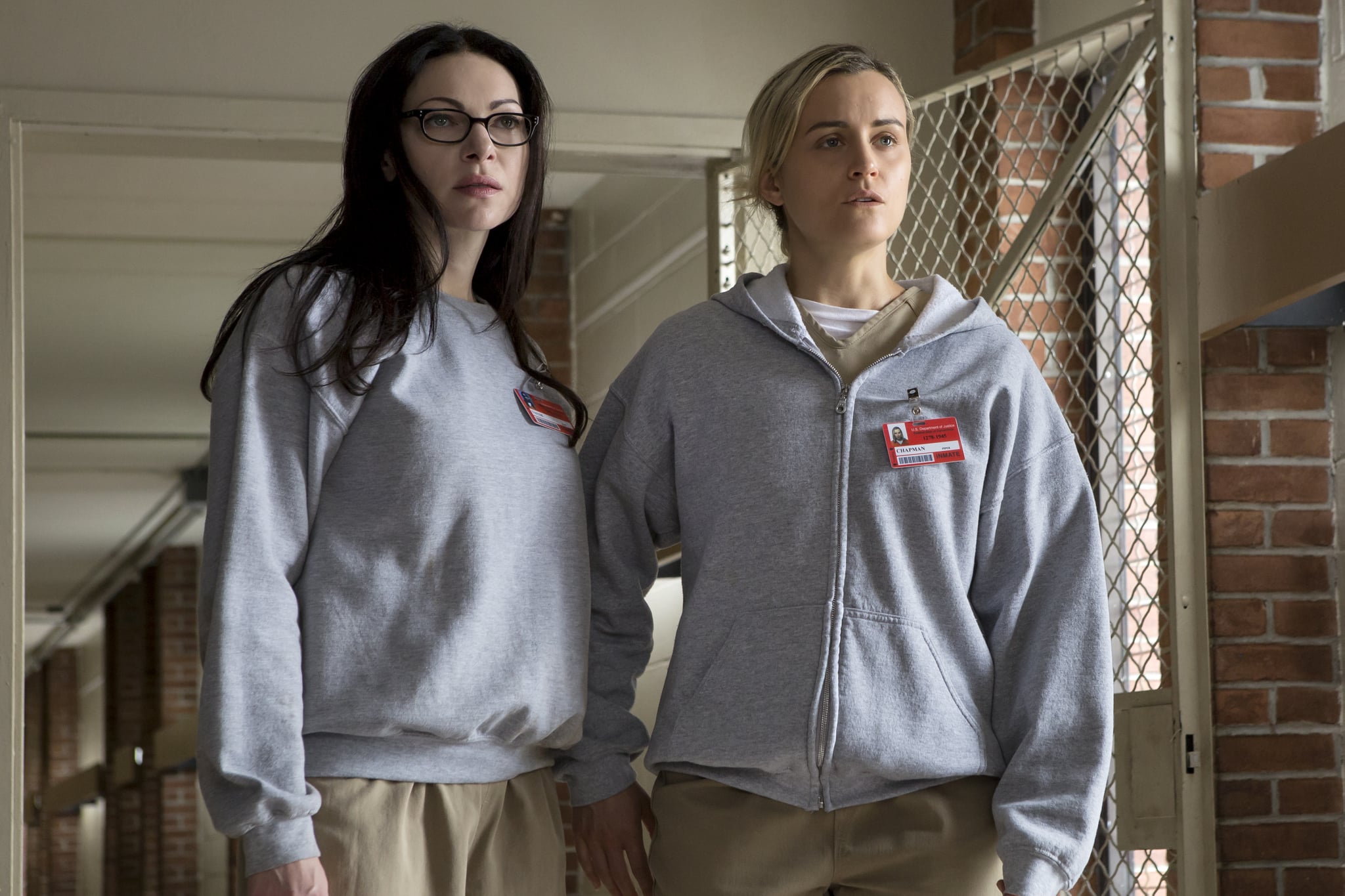 If Piper Chapman had never landed herself in prison, we never would have witnessed any of the wild events on Orange Is the New Black. Her incarceration is the single event that kicks everything into motion. For all the crazy sh*t that goes down inside the walls of Litchfield Correctional Facility, it's pretty easy to forget about this moment, and what lands Piper in prison in the first place. After all, when we first meet her, she has an artisanal soap business in Brooklyn. We've kept scrupulous track of how all the inmates got into prison, and with season five returning, we thought it appropriate to focus on Piper, because doesn't it seem like her time in prison is winding down? Can you remember the real reason she's behind bars? Let's have a little refresher course.

Back before this whole mess, and before she ends up with Larry (eye roll), Piper has a hot and steamy romance with fellow inmate Alex Vause. At this point, Alex is a high-profile drug smuggler who travels around the world, and for awhile, Piper is happy to be her girlfriend. She never really gets involved in Alex's business, except for one time: she helps smuggle drug money from Colombia to Belgium. Gradually, everything between the two falls apart and they break up.

Related:
The True Story Behind Orange Is the New Black

Eventually, Alex gets arrested for her crimes, and she names names in exchange for a plea deal. Basically, she reveals that Piper was her accomplice so she doesn't have to serve as much prison time. Piper is sentenced to 15 months at Litchfield for criminal conspiracy and money laundering. The rest is history.