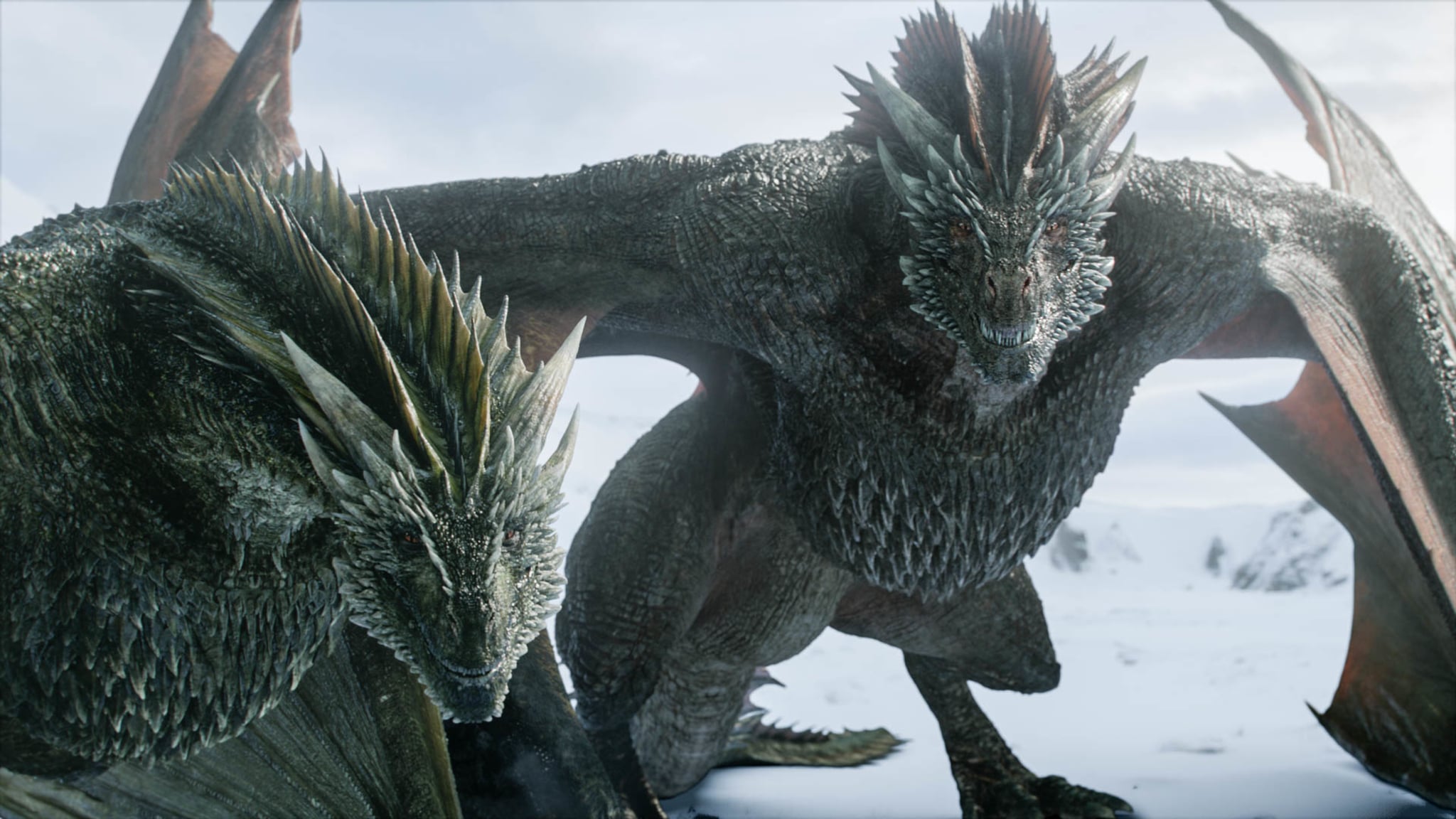 Dragons are one of the most iconic images of Game of Thrones, and since the very first season, they've played a pretty big role in the plot. They've been around so long that they seem pretty normal at this point, but there's actually a rich history there that's worth taking another look at as the final episodes near. So far, the only dragons we've met have been Daenerys's trio of "children," but there's more to the story of dragons in Westeros.

Let's start with a recap of Dany's dragons. Dragons have always been connected to the Targaryen clan; their family sigil even depicts the creature. As a young bride to the Dothraki warlord Khal Drogo, Dany is given three dragon eggs as a wedding gift. Although her nasty brother Viserys tries to steal them, he's stopped by Jorah Mormont, and the eggs remain in Dany's possession until she places them on Khal Drogo's funeral pyre and walks in herself. Dany emerges unscathed from the flames, along with three newly hatched dragons, whom she names Drogon (for her late husband), Viserion, and Rhaegal (for her two brothers).

The dragons and Dany undergo some serious trials by fire (both figuratively and literally), but they emerge as a powerful force to be reckoned with. Dany's command of "dracarys" becomes one of her iconic lines, when she tells her dragons to unleash their fire on their enemies. Although the dragons are never truly "tame," Dany forms a close bond with them, considering them her children. Drogon becomes the dragon of choice for Dany to ride personally, and the dragons assist Dany in pressing her claim to the throne. As time goes on, though, the dangerous battles catch up to them. Dany loses Viserion to the Night King and Rhaegar to Euron Greyjoy's fleet, leaving her only with Drogon, her "favorite."

For the most part, the dragons only seem to like and respond to Dany, although there are instances where others apparently gain their favor. Tyrion Lannister releases two of the dragons from a dungeon in season six, and they seem to understand that he's a friend to them, not a foe. And, of course, Jon Snow — aka Aegon Targaryen — is able to ride Rhaegar in season eight, the first time anyone other than Dany has been seen riding a dragon.

Dragons in Game of Thrones

It's no surprise, given dragon lore in Westeros, that Dany is the only one closely linked with the dragons. Supposedly, the last surviving dragons were owned and controlled by the Targaryens, who used them centuries ago to conquer and unify the Seven Kingdoms under their rule. The species was supposed to be extinct by the time the dynasty was overthrown; even Dany's dragon eggs were supposedly petrified and "dead." Dragons are supposed to be linked to the presence of magic in the land, which is demonstrably true, since the hatching of Dany's dragons coincides with the return of magic across the continent.

There may be only one dragon left alive, so the future of the species is, yet again, on very shaky ground. There are theories, however, that point to an unknown fourth dragon existing somewhere. In the new opening credits sequence, there appear to be four dragons, not the expected three. If another dragon does exist, it — and its loyalties — could change the whole game.