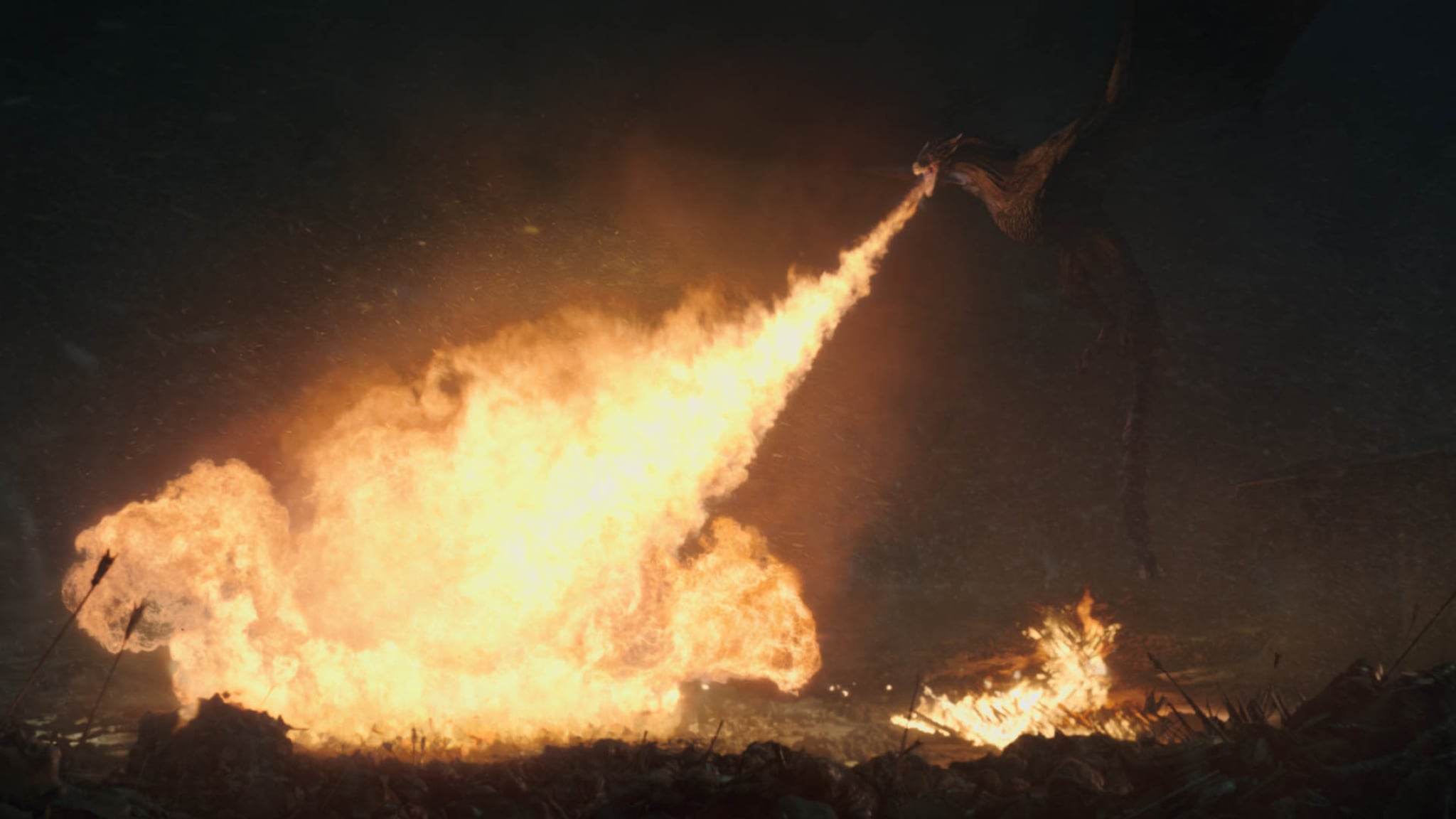 The Battle of Winterfell isn't easy on Daenerys's dragons. Undead Viserion is destroyed for good, and both Drogon and Rhaegal find themselves in the thick of the battle. Things look particularly dire for Drogon after he's attacked by dozens of wights, who swarm him and force him to leave his mother on the ground with the dead. The episode ends with the Mother of Dragons weeping over Jorah's broken body while one of her children flies down to comfort her. Given that Game of Thrones keeps the battle in the dark, it's hard to tell which dragon is beside her, although given how close they are, it feels safe to assume that it's Drogon.

Even if it's not, there's no need to fear for the beautiful beast's life. In the promo for next week, you can spot both dragons flying over Winterfell as Sansa watches. But from the looks of the promo, Drogon's seen better days. His wings appear to be torn in places, which is to be expected. Those wights were relentless in taking their blades to the dragon. He's strong, but there's no way he could come out of that tussle unscathed. His wounds are a reminder that while the living won this war, the number of losses that Daenerys suffers means she's not heading into a war with Cersei in as strong a position as she was before the Night King came calling.

Thankfully, Drogon is still flying with her, but he may not be as strong as he once was, and he definitely doesn't have time to recover before his mother charges into her next battle. Daenerys sounds like she's done waiting to take the Iron Throne in the preview for episode four. She's heading south whether she's ready or not, and that means her children will be flying into another skirmish with her. Is Drogon really up to the task of fighting in another war right now? That remains to be seen. The truth is, he needs time to heal, just like the rest of Daenerys's army does, but the Mother of Dragons has her eye on the ultimate prize — even if it ends up costing her all that she holds dear.