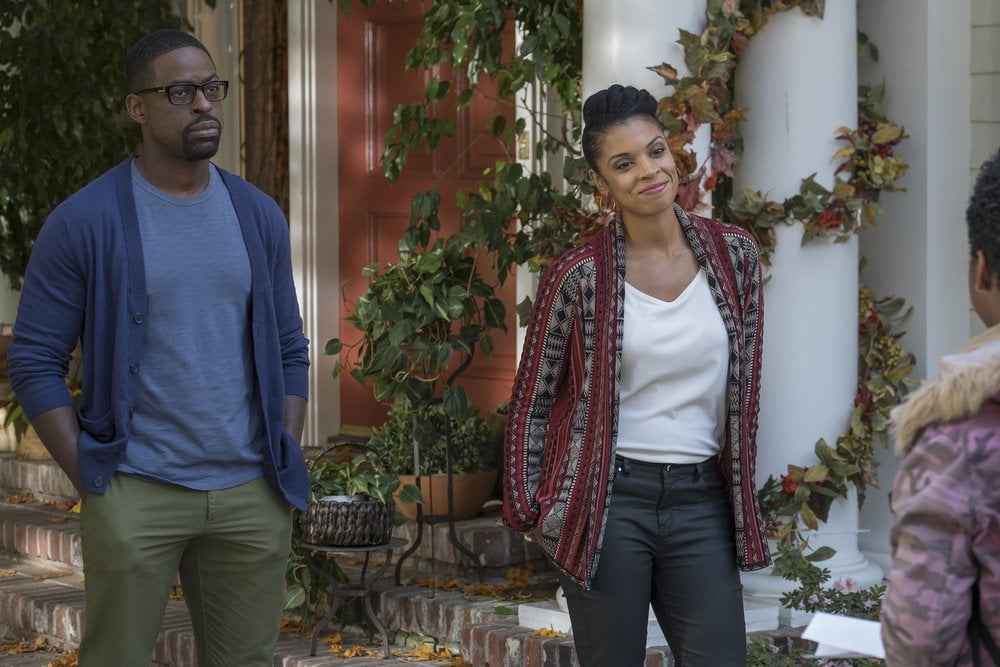 If you're anything like us, the commercial breaks during Fall's most emotional show, This Is Us, are spent equal parts bawling your eyes out and furiously googling answers to the questions you have. As a tried-and-true New Jersey resident (yep, I'm a lifer!), I found myself constantly wondering where exactly Randall Pearson and his family reside. There are plenty of hints that he's a fellow Garden State resident sprinkled throughout all three seasons — they fostered Deja from Newark, for instance — but I needed something tangible and set my heart on finding it.

Let's start with the basics: the Pearson family lives in an enormous house with a sizable yard that's pretty far away from their surrounding neighbors. That alone screams Jersey suburbs. But when you factor in Randall's commute to New York City for work for the entire first season and how he still has time to squeeze in a run before heading to the office, I was certain their family must call some place in northern NJ home.

Related:
This Is Us Finally Confirms Where Randall Went to College and How He Met Beth

In my quest to pinpoint the family's location, I decided to watch the first two seasons again from start to finish. Fortunately one easily missed detail gave me all the answers I needed: the postcard William sends Beth from Memphis at the end of episode 17 in season one. I mean, who can forget that tearjerker?!

For anyone who has forgotten, the episode sees William start to say his goodbyes to his granddaughters and his son. You can't help but feel bad for Beth, who understandably feels hurt and left out. Cut to the end of the episode, though, and you see Beth turn over a postcard that has "Memphis" written on the front. And what do you know? The Pearsons' home address is scribbled there. Here's the shot in case you missed it the first time around like I did: 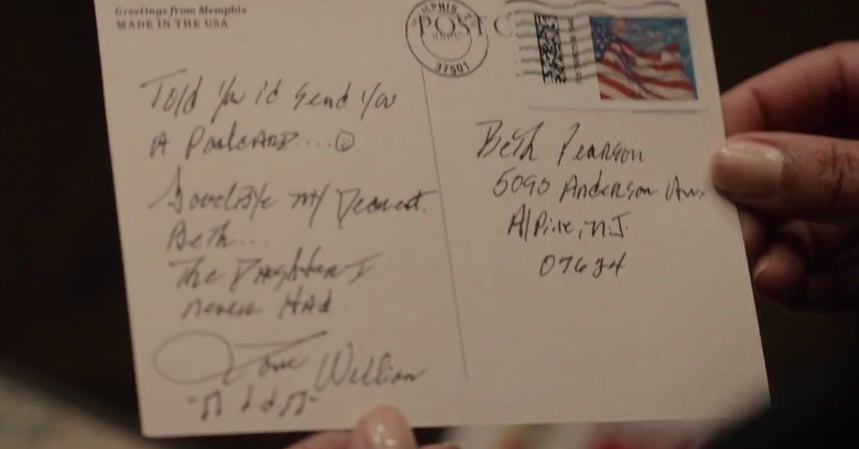 See? Clear as day. They live in Alpine, NJ. If the name doesn't ring a bell, you're likely not alone, but it's definitely not a random hole-in-the-wall Jersey town. In fact, it's one of the richest towns in the US. Forbes listed it as the most expensive zip code in the US back in 2012 when the average price of a house in Alpine came in at a whopping $4.25 million.

The 07624 zip code (which is correct on the postcard, by the way) is nestled in the superpopulated Bergen County and home to 1,869 people as of 2016. To be honest, many of those families are high-powered executives or celebrities. We can't even imagine what the property taxes would be, but it's safe to say Randall made a solid chunk of change at his last job. The more you know, right?

Sam Smith
Kim Petras on Being the First Trans Woman to Win Best Pop Duo at the Grammys: "Labels Matter"
by Eden Arielle Gordon 12 minutes ago