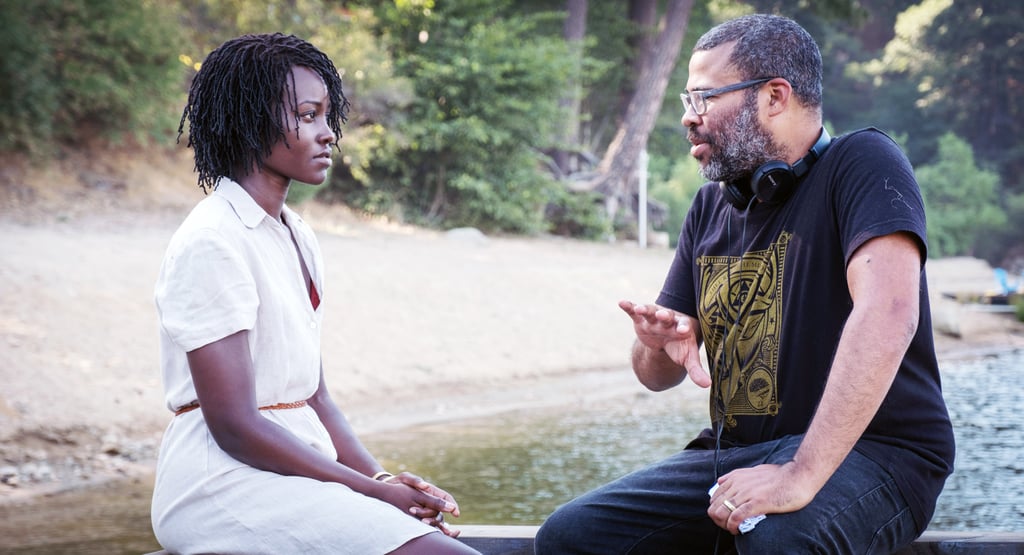 If there's one thing we can all appreciate in Us, Jordan Peele's second feature film after his Oscar-winning Get Out, it's the view. Sure, it's mostly obscured by the murderous, jumpsuit-wearing doubles trying to annihilate Lupita Nyong'o and company, but that doesn't take away from the fact that the entire film takes place by the sunny beachside!

The film's synopsis explains that Adelaide (Nyong'o), Gabe (Winston Duke), and their kids, Zora and Jason (Shahadi Wright Joseph and Evan Alex) travel to Adelaide's beachside childhood home for an idyllic summer getaway in Northern California. Specifically, they travel to Santa Cruz where they "relax" near the amusement park, Santa Cruz Beach Boardwalk, which Adelaide also visits with her parents when she's a young girl (played by Madison Curry). Peele's film crew was seen with cast members in Santa Cruz back in September 2018, where most of the exterior shots for the movie were filmed.

Aside from the days spent in the Santa Cruz, most of the film was shot in Los Angeles. The Wilson's family vacation house is located in Pasadena, with the lake scenes being shot at Lake Gregory. Check out some behind-the-scenes photos of Peele and the cast filming ahead and, if you're ever in Santa Cruz or Los Angeles, I would keep your eyes peeled (Get it?) for any red jumpsuits. You never know who's lurking in the shadows . . .

Related:
Watch Lupita Nyong'o and the Cast of Us Rap to a Spooky Beat, and Just TRY Not to Nod Along
Previous Next Start Slideshow
MoviesJordan PeeleUs Movie

Hocus Pocus
What It Was Like on the "Hocus Pocus 2" Set, From an Extra Who Lived the Magical Experience
by Lindsay Kimble 55 minutes ago

Drew Barrymore
Drew Barrymore Is Ready to Return For "Charlie's Angels 3": "I Will Always Say Yes"
by Eden Arielle Gordon 23 hours ago