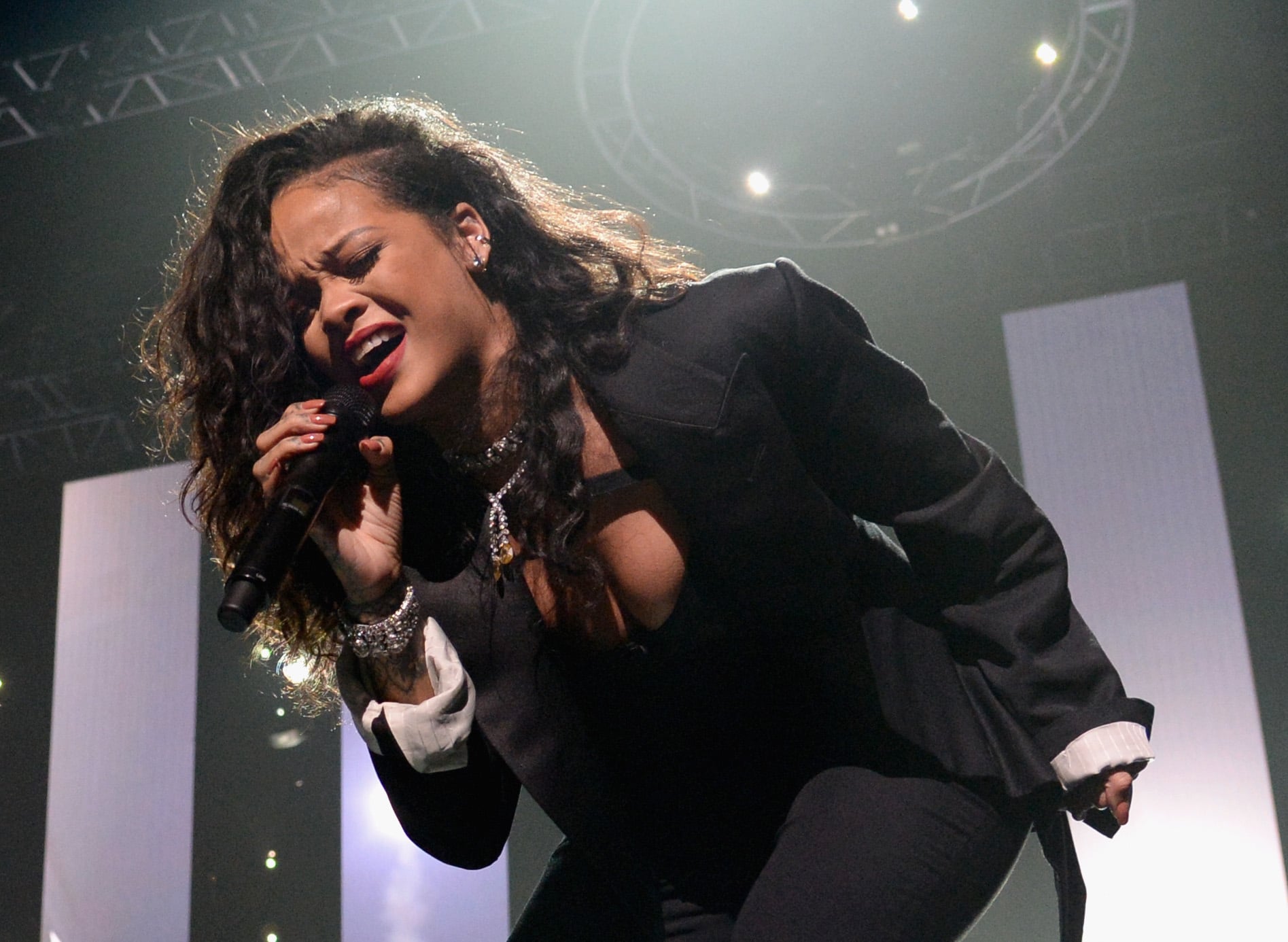 Rihanna's new single is here! Though initially only a few snippets were available if you downloaded an app called Dubsmash, the full song is now on iTunes. The singer began teasing the new song this week, releasing a few cryptic Instagrams. The track is just the latest single to premiere off her upcoming album, so there could be more on the way. "Turn up to Rihanna while the whole club f*cking wasted / Every time I drop I am the only thing y'all playing / In a drop top doing 100 / Y'all in my rear-view mirror racing," are just some of the very confident lyrics. It's superheavy on the bass, and you can hear it for yourself below.

She also posted this clip from the 1988 comedy I'm Gonna Git You Sucka, referencing the title of her single: