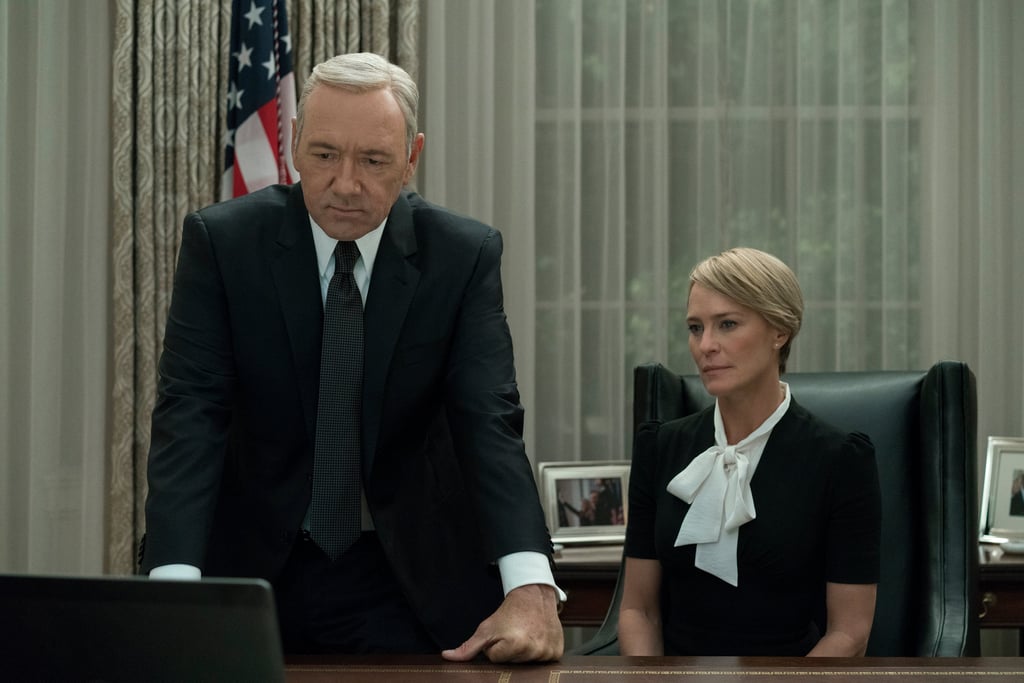 House of Cards: Let's Talk About Those 3 Shocking Deaths

Warning: Major spoilers for the fifth season of House of Cards below!

House of Cards has never been afraid to brutally dispose of some of its biggest characters. From the shocking moment Frank Underwood (Kevin Spacey) pushes Zoe Barnes (Kate Mara) in front of a speeding train to the sad (but inevitable) murder of Rachel Posner (Rachel Brosnahan) at the hands of Doug Stamper (Michael Kelly), Netflix's political thriller makes it clear from the get-go that it isn't afraid to get blood on its hands. Season five similarly has no reservations, and by the end of its 13 episodes, three characters have bitten the dust in pretty cruel ways.

Related:
House of Cards: Who Exactly Is the Mysterious Mark Usher?
Previous Next Start Slideshow
House Of CardsNetflixTV
Around The Web

Netflix
Who Is Omar Sy? The Lupin Star Has Lived a Fascinating Life
by Corinne Sullivan 57 minutes ago

Netflix
Why Yes, Bridgerton Is a Freakin' Gold Mine For Meme-Worthy GIFs, My Dear
by Victoria Messina 4 hours ago

Netflix
So, Who Are the Burned Ones From Fate: The Winx Saga? Here's All You Need to Know
by Camila Barbeito 5 hours ago