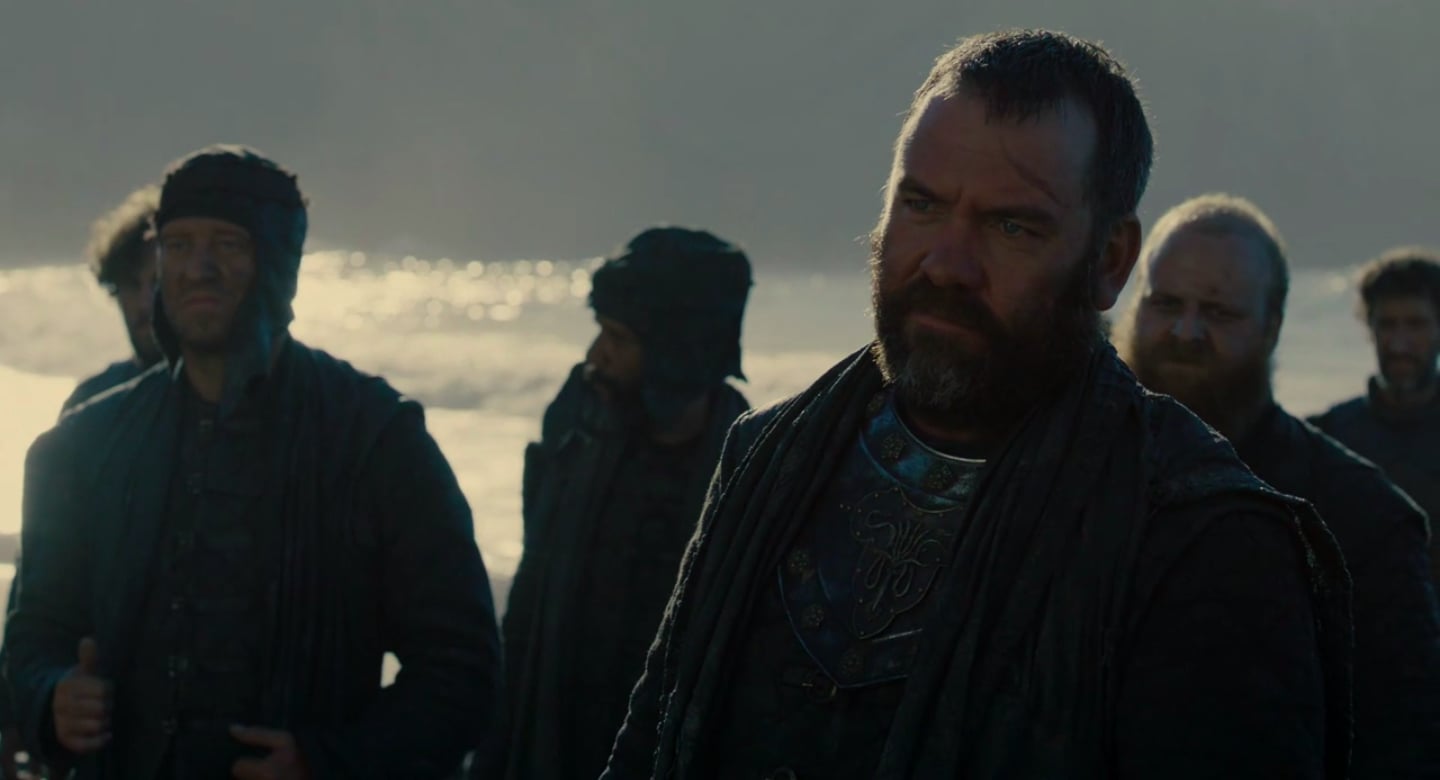 Theon Greyjoy has definitely had a rough go of it on Game of Thrones. But in season seven's finale, "The Dragon and the Wolf," there is a little bit of hope that things will be coming around for him. Sadly, it takes Theon getting into a fight with an interesting character. So who is he?

His name is Harrag, and he is an Ironborn raider. He was very loyal to Yara as his queen and therefore wasn't really a fan of Euron. He is on the ship when Euron attacks and takes Yara and is also the one who finds Theon after he jumps ship to save himself.

In this episode, we see Theon approach the other Ironborn to try and convince them to save Yara. Harrag says he believes Yara is dead and that there's no reason to listen to Theon since he's proven himself to be a coward by not standing up to his uncle Euron and abandoning his sister. The two get into it after Harrag spits on Theon and throws the first punch. It looks like Theon is losing the fight until Harrag kicks him between the legs multiple times. This doesn't hurt Theon because he was castrated by Ramsay Bolton. Harrag's shock gives Theon just the right amount of time to land a powerful punch and knock him to the ground where he continues to pummel Harrag. He's able to get the men back on his side, but it takes him badly wounding — maybe even killing — Harrag to prove he still has some fight left in him, and he can lead these men.