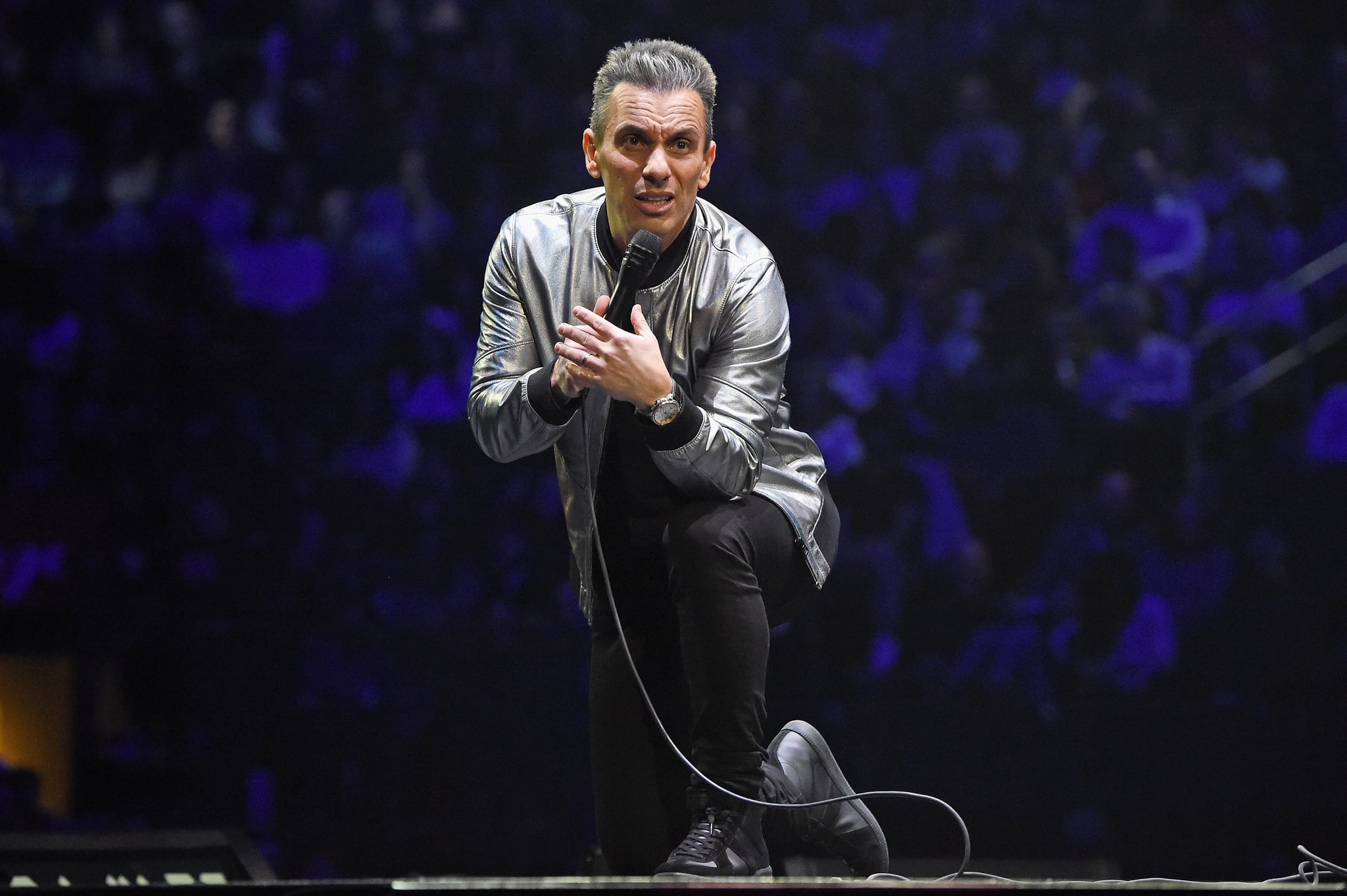 Over the last few years, the MTV Video Music Awards have largely gone host-less, save for Kevin Hart, Miley Cyrus, and Katy Perry's duties as MCs, in 2012, 2015, and 2017 respectively. Otherwise, recent years (2011, 2013, 2014, 2016, and 2018) have all passed without anyone playing host for the annual award show celebrating music's biggest artists and their music videos. But, this year will be different — in June, MTV named Sebastian Maniscalco as the 2019 show's big host. Yes, really.

If you're wondering why MTV decided to pick the 45-year-old comedian to host a show that's typically aimed at a demographic much, much younger, well . . . I don't have an answer for you. Maybe the network is trying to pull in the type of audiences who loved Green Book? (In which Maniscalco plays Johnny Venere, FYI.) Maniscalco, who's in the midst of his You Bother Me stand-up tour, shared the news with Jimmy Fallon on Tuesday night's episode of The Tonight Show and later posted the first teaser for his hosting gig on Twitter:

Of MTV's reason for tapping him as this year's VMAs MC, the event's executive producer Bruce Gillmer said in a statement that they're "thrilled to have the incredibly talented Sebastian Maniscalco as this year's VMA host. Sebastian is on FIRE right now and his comedic spin on relatable topics will make this year's show truly unforgettable."

You can head on over to Netflix and watch his Stay Hungry special, which came out earlier this year.