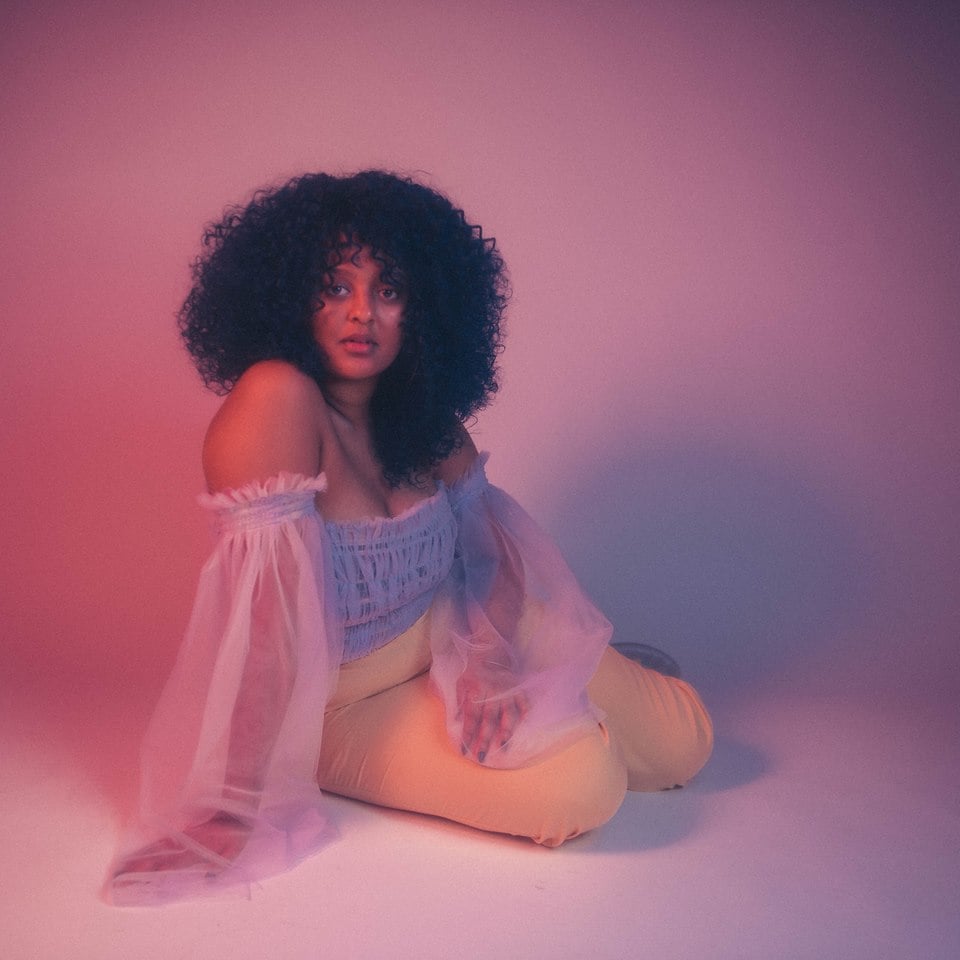 Hunnah makes the kind of music you want to start and end your day with — smooth, jazzy tones that lend themselves to your morning cup of coffee and your evening glass of wine. A Toronto native and daughter of Ethiopian refugees, the 24-year-old's music is infused with influences of Stevie Wonder and Lauryn Hill, along with Hunnah's own personal heartbreak and the influence of Ethiopian jazz, making her a unique voice that we can't stop listening to. Though she only has three songs out, it is clear that she is bringing a rare level of openness to the table; her debut single, "Tell You," is a bouncy and colorful track that she made with chill trap DJ Pusher, but her latest singles — the buttery-smooth "Think About It" and slow, sultry "Crush" — really give you a feel for who Hunnah is and who she wants to be.

If you ask Hunnah how she got into music, she will make sure to give credit where credit is due. When her father came to Canada as a refugee, he made an unlikely friend, an older woman whom Hunnah now calls Grandma. Grandma is the one who encouraged Hunnah's father to put her into piano lessons and get involved in music when she was only five years old. As a result, much of her childhood was spent singing gospel in the church choir and practicing scales on a piano. Eventually, she studied journalism and human rights at Carleton University. During her studies, she had taken her career path away from music, but she returned to singing as a hobby when she started posting videos of her singing covers on YouTube five years ago.

"I honestly didn't think I was good enough," she said, but listeners disagreed, and her videos climbed to over 400,000 views. Soon, publications like Fader and Highsnobiety took notice, and her manager Doris contacted her to come out to Los Angeles and start recording. As she builds up to her debut EP, Hunnah has been gaining a loyal fan base and impressing industry insiders, especially for her collaboration with Cuco, who produced her latest single, "Crush."

Hunnah describes her debut EP, Show You, as a "vulnerable, open introduction," and she opens her mind and heart in a major way on the project. She shows two sides of herself in her lyrics; one is smooth and romantic, and the other introspective and secluded. Hunnah wrote the album while she was taking care of her late mother, who was fighting cancer. The songs reflect how she was coming to terms with her mother's illness and eventual death, while also trying to find herself and her own voice. "When my mom got sick, I realized it was hard for me to keep my voice and personal experiences out of my writing," Hunnah said. But it's this intimacy that makes her songs so mesmerizing. In order to "show you how I feel, to show people who I am," Hunnah created a magical yet poignant debut that will surely make her an artist to watch.

Related:
35 Songs by Black Women That Will Have You Feeling Good as Hell
MusicUnstoppableHunnah