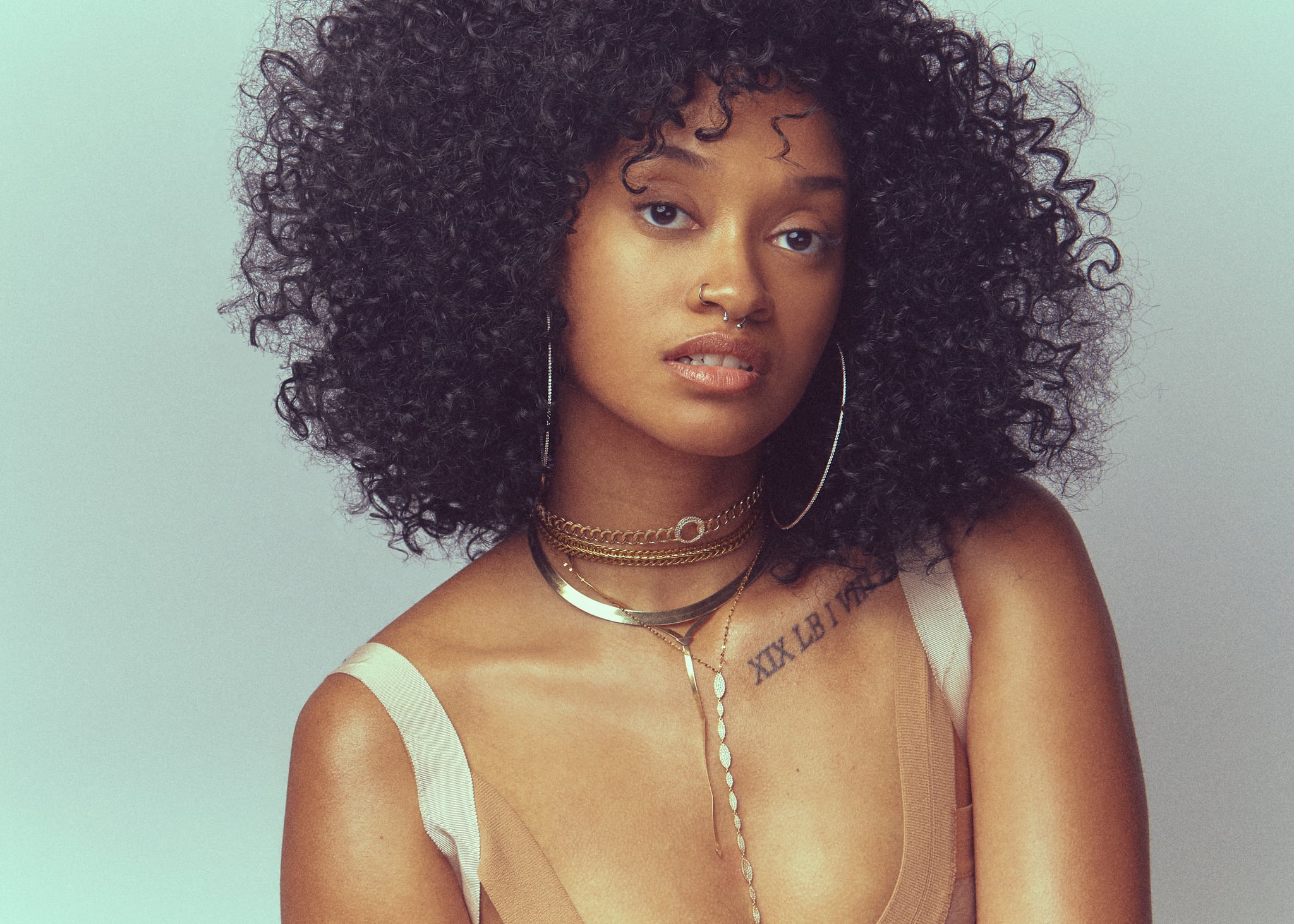 Bri Hall didn't foresee a life of social media stardom. The 24-year-old beauty influencer and budding music artist was born to Jamaican parents in Long Island, NY. As the first American-born member of her family, she was raised in Maryland's Prince George's County by her mother and grandparents. There was no heralding of YouTube fame, glamorous collaborations, or a music career — and yet, that's precisely where Hall has found herself.

To her 252,000 Instagram followers, Hall is a paradigm of influencer culture. Her feed is full of stunning photos and videos that show off her dexterity with makeup and prowess in catching all the right angles. But behind the pristine grid is a young woman who's been through trials and tribulations, working to make her dreams come true while maintaining her integrity, relatability, and passion for helping others.

Hall first gained popularity through her artwork. Around 2011, she began posting videos of her drawings on YouTube, which brought in thousands of views. As her videos began garnering more attention, she decided to introduce herself in the clips. Her audience then started to comment questions about her hair and makeup routines, prompting her to make a separate channel to address beauty-related queries.

Now, Hall is prepared to showcase another one of her passions: music. She's currently in the middle of rebranding, opting to go by her musical moniker, La Hara. Her newest single, "Mindful" — which she's shared exclusively with POPSUGAR — is set to drop everywhere on April 5 and marks the beginning of a new journey, as she plans to release more singles throughout the year.

To celebrate this next phase of her career, the young artist sat down with us at our NYC office to discuss her official adoption of La Hara and her musical DNA. 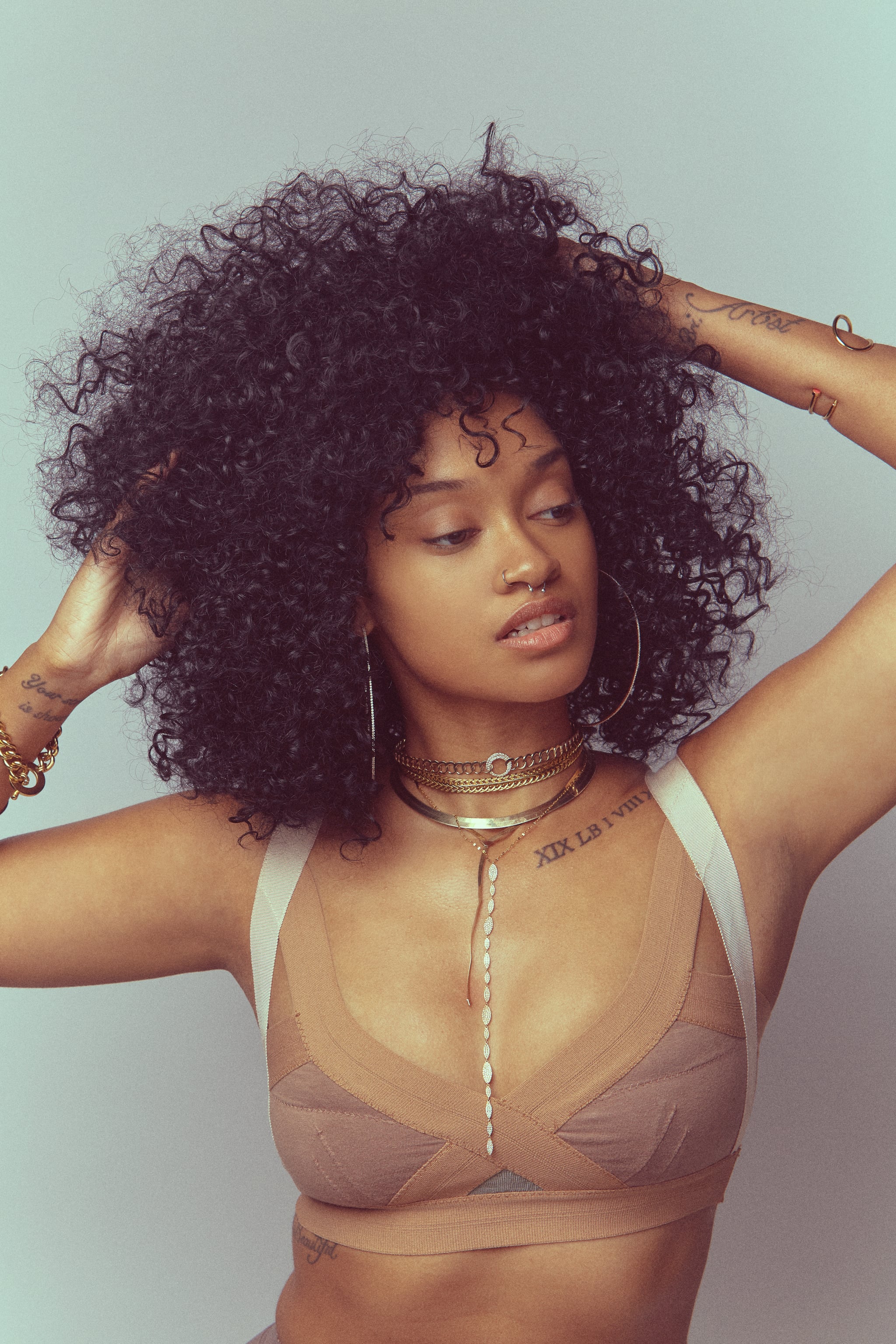 POPSUGAR: How did you get into music?

La Hara: It's been a long time coming. Initially, it started with clarinet in the third grade. We had a little instrument class we could take, and I was like, "What instrument am I going to play? Clarinet." After that, I started writing towards the end of third grade — a lot of poetry as a coping mechanism. I had a lot going on. Being uprooted quite a bit, I went to four elementary schools. A lot of my friends didn't have either of their parents in the household. I had a lot to write about. And then getting into performing arts school in middle school is where a lot of the interest took off.

I also taught myself piano. Right after performing arts school, I took one class in high school, and I got in trouble all the time because I still to this day can't read sheet music. We'd be taking an exam in the class and [the teacher would] be like, "Miss Hall? You were supposed to turn the page three lines ago." Then I started into college taking the poetry angle, and I said, "Let me turn this poetry into songs." Now we're here.

PS: How did you come up with the name La Hara?

LH: I'm obsessed with Jean-Michel Basquiat. I just relate to him as an artist in a lot of ways. "La Hara" is one of Basquiat's older pieces and something that's really big in our time because of civil rights as well as mental health, and that "La Hara" piece [which depicts a skeleton-like police officer with blood-shot eyes as a commentary on the strained relationship between law enforcement and minorities in the early '80s — an issue that persists to this day] is really about his feelings of being a black man in New York. Something about the name just stuck because that was one of my favorite pieces.

PS: What's the creative process behind your music?

LH: I have to have the music first. Some days I will literally spend 13 hours on and off going through music. And I will listen to the song and visualize this concept and make a video around it. When it comes to writing, it's the opposite. I visualize a whole scenario and then makes lyrics around the scenario.

I draw from personal experiences as well as the area I grew up in. Everyone is going through their own situation. There's a lot of stuff that I personally may not have gone through, but I have witnessed friends going through. I channel that a lot. I step into other people's shoes.

PS: When the creativity starts flowing, what's going on in your head?

LH: Initially when I start recording, it's the same as when I'm drawing. When I'm drawing, [I think], "I hate this," and then two hours later, "I love this!" In the beginning, I'm warming up. I always get a little bit nervous recording when I start, but then it goes away within the first 30 minutes, and I'm like, "OK, let's do this."


"I want to have an organic audience — anyone that really identifies with what I'm saying in their own way."

A lot of artists bring their phones to the booth and the studio — I try my best not to. Or if I'm doing takes of something, I'll do some with the phone and some without because I like to have the raw emotion and really think about what I'm saying. You don't want to sound too rehearsed to where it's too perfect. I'm not afraid to have one thing offbeat or little nuanced things that another artist might be scared to leave in a song. If it's raw and how I'm feeling, I'll leave it there.

PS: How would you describe your sound?

PS: Do you have a target audience, or do you create music that reflects who you are and whoever is receptive of that is your audience?

LH: A little bit of both! I want to have an organic audience — anyone that really identifies with what I'm saying in their own way. Because even though my songs are personal, I try to make them as universal as possible.

With "Mindful," I wrote it with a few people in mind, but it can universally relate. I think everyone's had someone that's made them a second priority in their life at some point, whether it's a friend, significant other, family member, colleague. I want everyone to feel that relation to it.

Related:
Need a Pick-Me-Up Playlist? Here Are 16 Joyful Songs From 2019

PS: In addition to mental health, what other things do you discuss in your music?

LH: I like discussing situations. For example, with "Mindful," I imagined myself in a room with the people who hurt me in my lifetime. But in the song, I got to a point of frustration where I thought, If we were actually ever in a room, you guys probably wouldn't even be really listening to me or receptive. That's why I say, "Stretch out my hand to you and take down your blindfold" — making people listen.

I also talk about unrequited love and situations that include minorities or marginalized groups. That's a really big theme in my music. I talk a lot about social media and perfection. I have this other song I did called "Explore Page" where it's kind of a fun record about the way social media wants you to be. It's "social media Bri" and "regular, laid-back Bri" going back and forth in the song. And it's autotuned, so it's playing on that whole thing of FaceTune and all these things that are used to clean up an image. 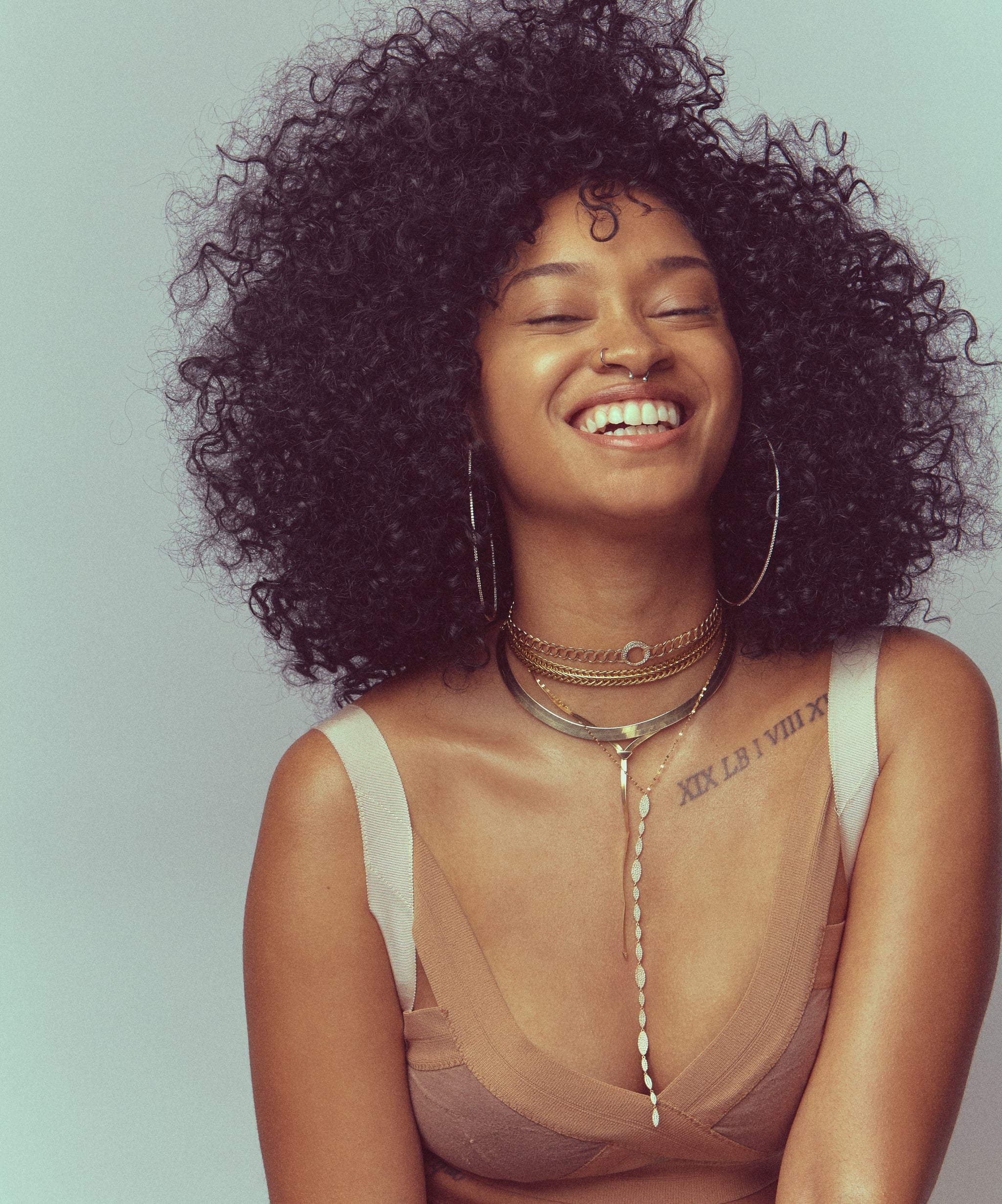 PS: So you take visuals — literal and lyrical visuals — and synthesize them into this cohesive story and sound.

PS: How do you balance all of these moving parts in your life and take care of yourself?

LH: Ever since I was younger, I've always been super organized with my planners, color coding, Post-It notes, all that stuff. People thought it was because I was naturally organized, but it was actually because I had so much going on internally that I had to do that to sleep. I had to write everything down. When anyone tells me something, I go straight to my book and write it down.

My fireplace has a little ledge, so one thing I love to do is what you call "creating stimulus" for things that are hard for me to personally start. I'll walk around, listen to music, and write down the things I need to do and stick the Post-Its on the fireplace in different colors. It creates stimulus because when I finish something, I rip the Post-It off and ball it up and try to shoot a basket with it — things like that to try to make it fun.

Related:
35 Songs by Black Women That Will Have You Feeling Good as Hell

PS: I totally get that! You mentioned Jean-Michel Basquiat as an inspiration. What music artists also inspire you?

LH: This is going to be really old school, but [soul singer] Deniece Williams is amazing. I watched her whole Lifetime documentary. She has a six-octave range or something like that. I get inspired by a lot of the older artists. Not even that old, I would say Lauryn Hill — a lot of women in music.

The reason why I love listening to Deniece and Patti LaBelle and some of the older artists — especially Aretha Franklin — is because music is much more enjoyable when you can pinpoint a sample or reference or melody [from a present-day song]. Because a lot of people [say], "This sounds familiar, but I don't know from where." There was a song I listened to recently that had old school references, and I said, "People who are listening to this would probably never know that the hook is Deniece Williams [and] the sample is Aretha Franklin." I was also wondering, "How'd they get all this cleared?!"

PS: What are you most looking forward to when "Mindful" drops?

LH: I'm looking forward to people seeing me in a different light. As grateful as I am for everything with YouTube, I just couldn't fully identify with the beauty guru label. I felt boxed into that category just because I did do beauty videos. I'm excited for people to see me in full transparency rather than through the mask of "influencer perfection."