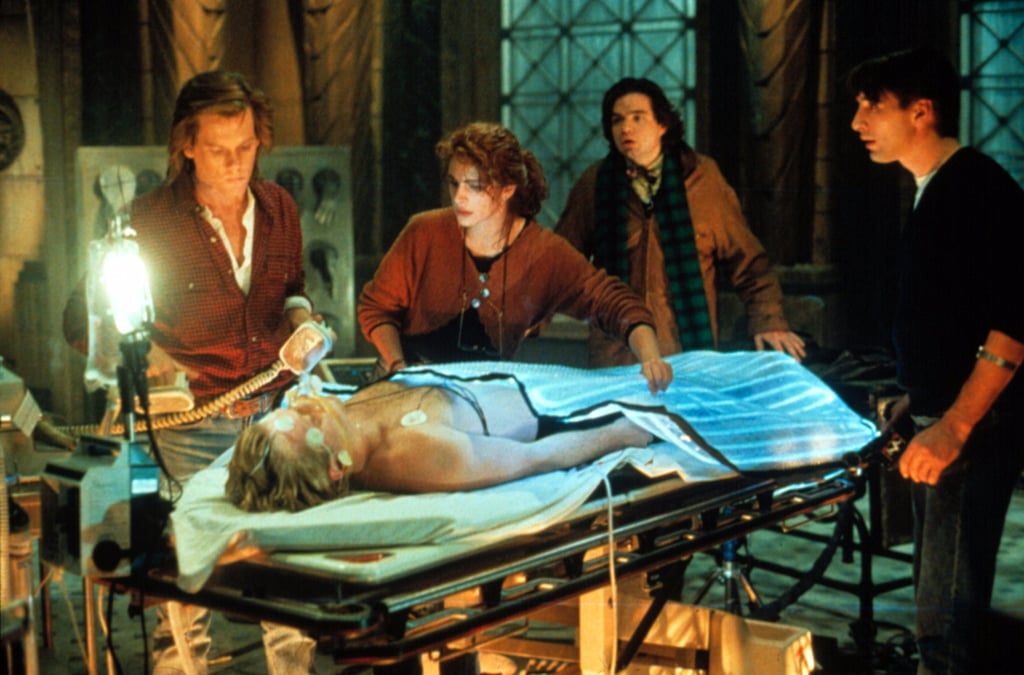 If you freaked the f*ck out after watching the disturbing trailer for Flatliners starring Ellen Page and Nina Dobrev, we don't blame you. The reboot looks just as thrilling and haunting as the 1990 original, which follows five medical students who try to get proof of the afterlife by briefly stopping their hearts. Naturally, things don't go according to plan, and the ensuing visions they experience are part of what makes the first Flatliners still so creepy over two decades later. Well, that and the movie's A-list cast. If you need a quick refresher on who played who before the new one hits theaters on Sept. 29, we're here to help.

Nostalgia
Kylie Jenner Is Obsessed With This 2000s-Inspired Jewelry Brand, and So Are We
by Nikita Charuza 2 days ago