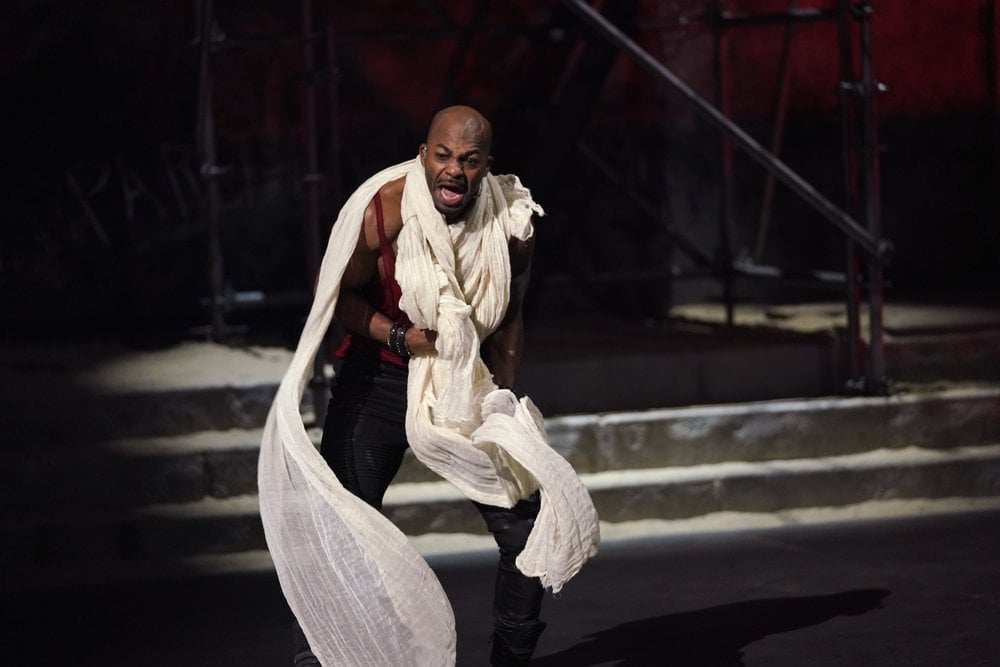 From the title of the musical alone, you might think Jesus Christ Superstar would be primarily about Jesus himself, and to some extent it is. But much of Andrew Lloyd Webber's iconic rock opera is dedicated to the story of Judas, who emerges as a more sympathetic character than you might expect as the show goes on. During NBC's re-telling of the musical, which aired live on Sunday night from Brooklyn, the actor who played Judas also ended up being one of the evening's biggest scene-stealers: Brandon Victor Dixon.

While the immensely talented leads John Legend (Jesus) and Sara Bareilles (Mary Magdalene) had the audience on their feet, it was Dixon's incredible performances of songs like "Superstar" and "Judas' Death" that truly elevated Jesus Christ Superstar Live. So, where have you seen the 36-year-old actor before?

Related:
The Internet Is Bowing Down and Obsessing Over NBC's Jesus Christ Superstar Live

You might remember the Broadway alum from the headlines he made back in November 2016 when he addressed Mike Pence during a performance of Hamilton (at the time, Dixon was playing Aaron Burr). He thanked the newly minted vice president for attending, saying, "We, sir, we are the diverse America who are alarmed and anxious that your new administration will not protect us, our planet, our children, our parents, or defend us and uphold our inalienable rights. We truly hope that this show has inspired you to uphold our American values and to work on behalf of all of us."

That wasn't his first appearance on stage, however.

Dixon, who was born in Maryland and later attended both Columbia University and the British American Drama Academy, first made his mark on the theater scene in 2005 when he created the role of Harpo on Broadway The Color Purple, a performance that earned him a Tony nomination for best featured actor in a musical. Since then he's appeared in productions of everything from The Scottsboro Boys to Rent, and produced critically-acclaimed Broadway shows like Of Mice and Men. When he's not lighting up Broadway, Dixon plays Terry Silver on the Starz drama Power.

Here's hoping we get to see more of Dixon soon. Until then, we'll just have to keep "Superstar" on repeat!