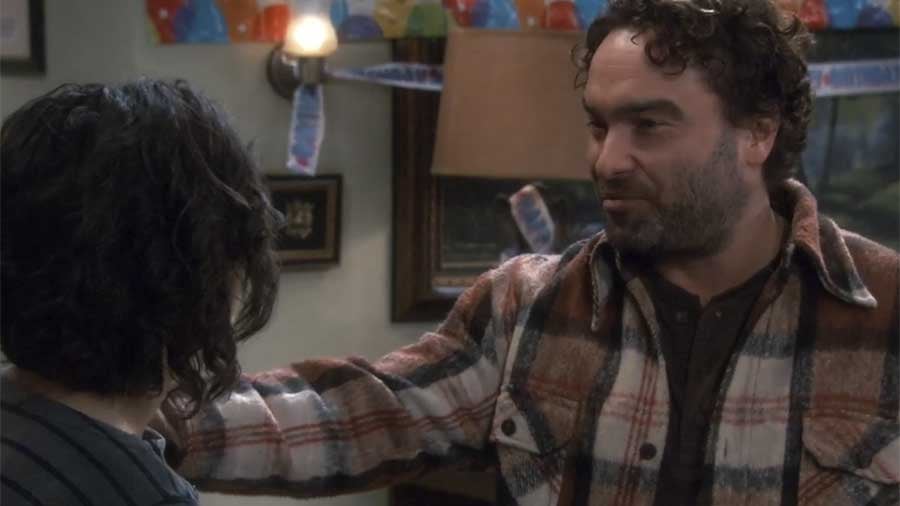 This week's emotional Roseanne episode features the return of a beloved character from the original series: David Healy, Darlene's high school boyfriend who eventually becomes her husband and the father to her two children. He was nearly unrecognizable with his beard, but yes, that was Johnny Galecki of The Big Bang Theory.

Obviously, Galecki is kind of busy with the hit CBS sitcom about four science nerds and the ladies who love them, but when Sara Gilbert and the rest of the Roseanne team began developing the reboot, they immediately reached out to CBS to see if it could loan Galecki to Roseanne for at least one episode.

Related:
The Sweet Meaning Behind David and Darlene's Son's Name on Roseanne Will Make You Tear Up

One episode is all they managed to get him for this season, but we would not be surprised to see him pop up in the already-ordered second season. In David's return, it is revealed that he ditched out on his family to travel the world and build houses for needy people. A very worthy cause, to be sure, but as Darlene's father, Dan, says, you don't just leave your family like that.

It turns out David has been in touch with Darlene's mom, Roseanne, over the years, and while he tells Darlene that fatherhood was too hard for him, the real reason he left is because he and Darlene were fighting all the time. It looks like they might get back together early in the episode when they see each other after a long time and immediately hook up. But Darlene realizes after talking to her sister, Becky, that their marriage is over. It just shouldn't be that hard. 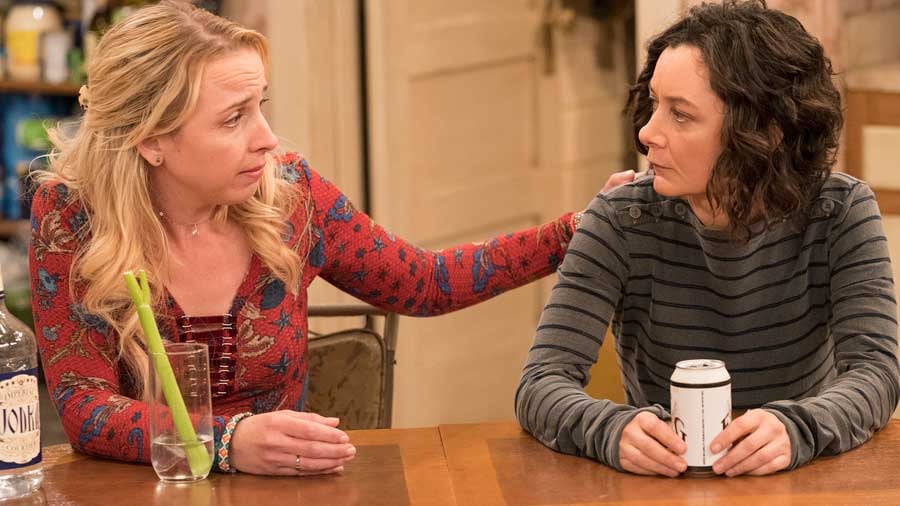 She tearfully tells David that if it were just them, she could keep doing the on-again, off-again thing with him because she does love him. But it's too hard on the kids. So he agrees to move to Lanford, which he was going to do anyway, and stay separated from Darlene. But at least this way he gets to be in his children's lives.

Related:
The Bittersweet Way Mark Healy's Death Is Addressed in the Roseanne Reboot

The way they left things is the perfect scenario to have Galecki pop up once or twice in season two. If he lives nearby but isn't Darlene's husband, the viewing audience wouldn't see him that often, but it still facilitates the occasional guest-starring appearance.