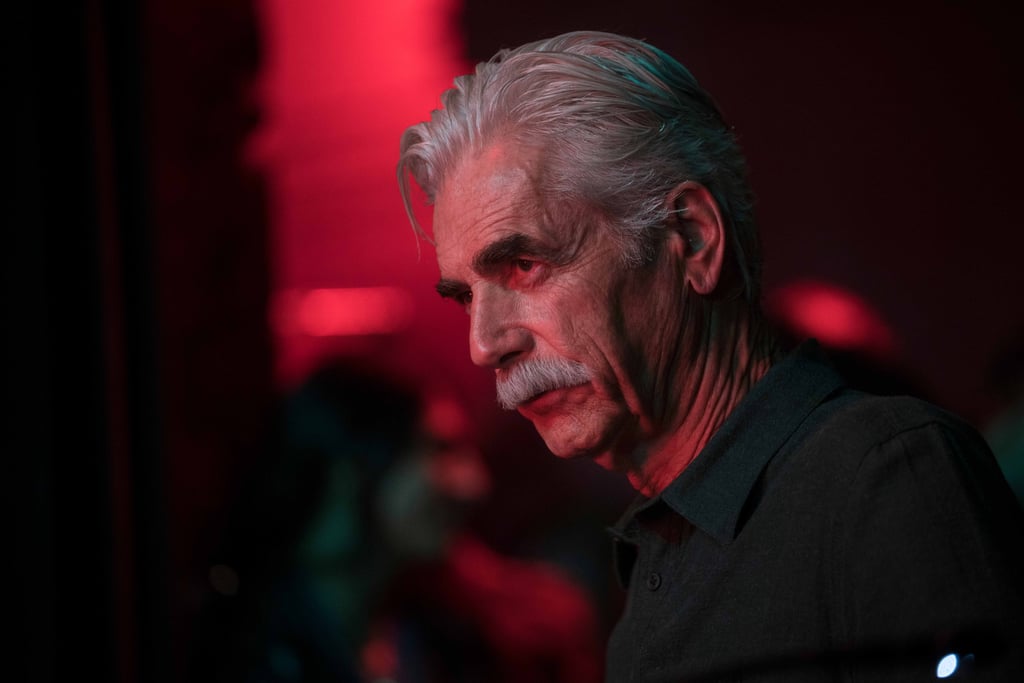 A Star Is Born: If You Don't Know This Guy, You're Crazy, Because He's in Everything

If Bradley Cooper's (also known as Jackson Maine) manager in the new A Star Is Born movie looks familiar to you, there's a good reason. Bobby Maine — Jackson's older brother who also acts as his manager — is played by Sam Elliott, and this veteran actor has been in more TV shows and movies than you probably even realize. Elliott's trademark mustache and Southern drawl gave him a start as a character actor, and he began his career in the 1970s earning credits in several TV Western movies alongside fellow mustachioed actor Tom Selleck. However, since then, Elliott has proven himself to be much more than just a cowboy.

Elliott's big break came in 1985, when he played Gar, his first major supporting role, in the movie Mask. Other major non-Western film roles have included Wade Garrett in Road House, The Stranger (and the narrator) in The Big Lebowski, and Sergeant Major Basil L. Plumley in We Were Soldiers. He has also made appearances in the Marvel universe, playing Thunderbolt Ross in Hulk and The Caretaker in Ghost Rider. But don't worry — the rugged actor still returns to his cowboy roots on occasion, such as when he played General John Buford in Gettysburg and Virgil Earp in Tombstone.

Related:
Here's Why You Recognize Jackson's Driver in A Star Is Born

If none of these roles are ringing a bell, then perhaps you recognize Elliott from some of his recurring TV roles, including Grace's love interest Phil Milstein on the second season of Grace and Frankie or Ron Swanson's friend-turned-nemesis Ron Dunn on Parks and Recreation. You also might have spotted him in his Thank You For Smoking cameo as a former Marlboro Man, where Elliott — fun fact — used his own Winchester 1894 rifle for the movie in true cowboy form.

Whether he's riding a horse or bossing around Bradley Cooper, we think it's pretty clear that Sam Elliott and his mustache look ruggedly handsome playing just about any role. Check out the gallery to see Elliott in some of our favorite roles.