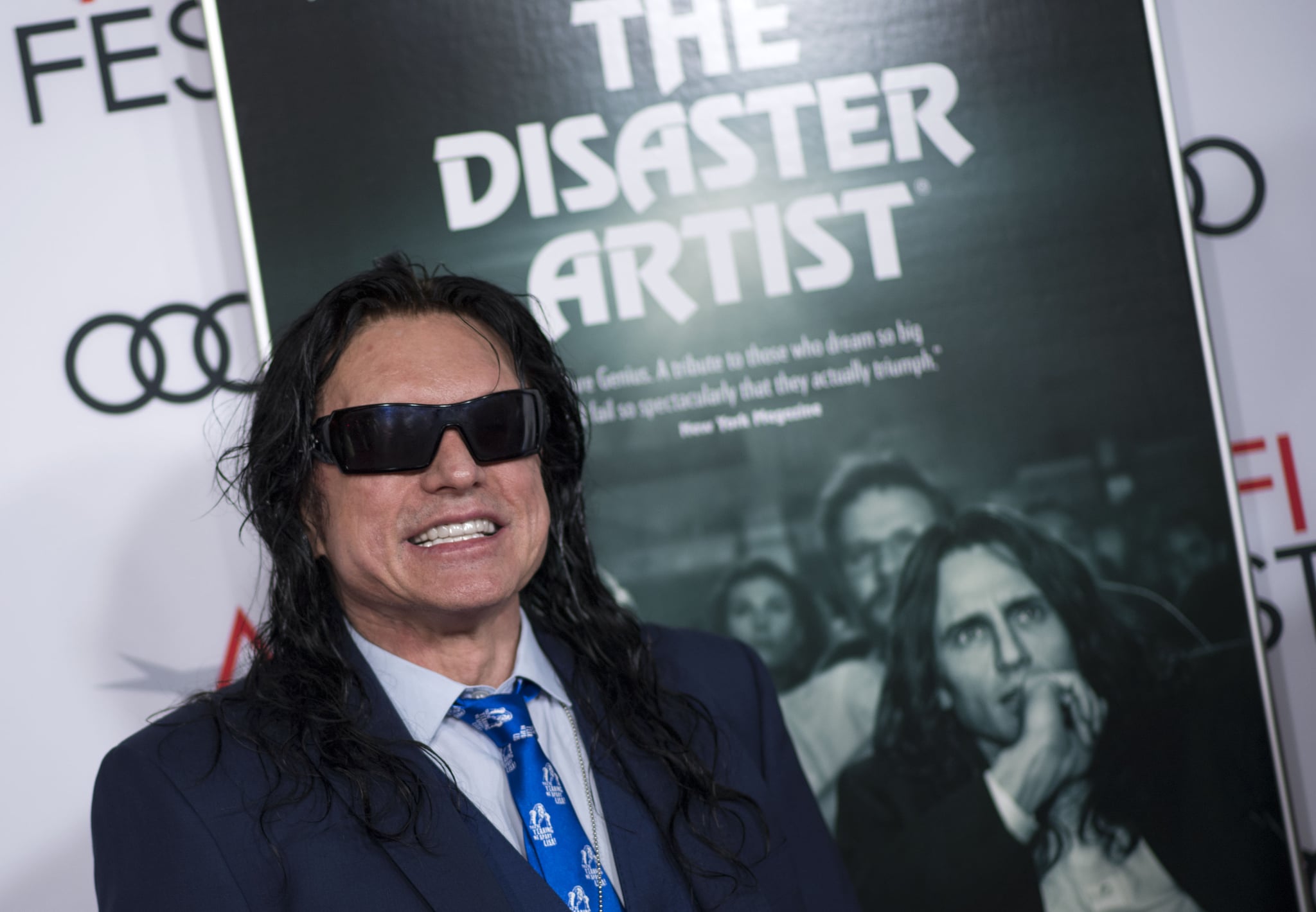 Cult classic The Room is considered by its fans to be the best bad movie of all time, but while the film leaves no bizarre stone unturned, the film's director is cloaked in mystery. And that's exactly the way he wants it. Who is Tommy Wiseau? The Room's director is an enigma wrapped in colorful vests and statement sunglasses. In interviews, Wiseau purposefully dodges personal questions or offers only the vaguest of answers. He wants the focus to be on his work, The Room — the making of which is the basis for James Franco's new film The Disaster Artist.

Despite Wiseau's attempts to keep everything a secret, from his country of origin to how he ponied up $6 million to fund his pet project, a few details about the director's life have been revealed. The answers available are thanks in large part to documentarian Rick Harper. Harper went looking for Wiseau's origins in his documentary Room Full of Spoons, named for The Room's use of stock photos of spoons as artwork. While the documentary and the making of The Room book by Wiseau's friend Greg Sestero and Tom Bissell on which The Disaster Artist is based offer up a few answers, it seems like Wiseau will always be a man as mysterious as the strangely addictive film he starred in, wrote, produced, and directed — but that shouldn't stop his fans from searching for answers.

Here is everything you need to know about Wiseau before you watch Franco's The Disaster Artist.

1. His country of origin is Poland. Probably.

Wiseau has been secretive about even the tiniest details of his backstory, but Harper discovered that the director is from the small town of Poznań in Poland. While it's unclear why he's been so protective of the information, in an interview with The Hollywood Reporter, Harper suggests that it may have something to do with Wiseau's love for America. It seems that he first came to the country in 1968 and fully embraced the idea of the American dream.

In 2012, Wiseau told Gawker writer Rich Juzwiak that at one point, he lived in New Orleans with his aunt and uncle, but the only thing he would tell Juzwiak about his relatives is that his aunt "was like a church-oriented person."

2. The source of Wiseau's wealth remains a closely guarded secret.

Despite looking like a low-budget movie filmed in someone's garage, The Room reportedly cost Wiseau $6 million to make. As for where that money came from, there are plenty of theories and no solid answers. In 2008, Wiseau offered Entertainment Weekly one explanation, saying, "We import from Korea the leather jackets that we design here in America. If you work, you have to save money, right? I didn't get money from the sky. I was preparing, let's put it this way."

So, was Wiseau really in the import/export business? Maybe. Harper believes that the director is a shrewd businessman with an eye for marketing. Between the many midnight screenings of The Room and his merchandising efforts (which includes a line of unisex underwear), Wiseau's wealth seems to be growing.

3. People are obsessed with Wiseau.

The man has a line of unisex underwear. That alone would make him a figure of interest, but it's the director's almost unearthly persona that people appear to be drawn to. The Room isn't simply a bad movie. It's a hypnotic mess seemingly inspired in part by Wiseau's love for playwright Tennessee Williams, director Orson Welles, and the actor James Dean. He told EW of Williams's and Welles's work, "You can relate to it. You see all this emotion. That's why we are on the same page."

Indeed, Wiseau has crafted an eccentric persona for himself. He often teases his fans at screenings by suggesting that he's a vampire. His long hair and penchant for rocking vests and dark sunglasses are all part of his trademark style, as is his almost stream-of-consciousness way of speaking.

4. The Room isn't his only credit.

While The Room is a cinematic gift that will never stop giving (especially when it comes to Wiseau's bank account), it's not the director's only project. Since The Room became a cult phenomenon, Wiseau created and starred in the Hulu series The Neighbors and scored a leading role in the 2017 film Best F(r)iends.

5. Wiseau wants to protect his mysterious image at all costs.

Although he initially signed off on Harper's Room Full of Spoons, he ultimately pulled his support of the film and filed an injunction claiming that the movie "mocks, derides and disparages him." Earlier this month, his injunction was overturned by the Ontario Superior Court, but not before Wiseau made a series of YouTube rants about Harper that culminates in a downright epic digital explosion of the documentary's poster.

6. The Disaster Artist has Wiseau's stamp of approval.

Given his reaction to Room Full of Spoons, you would be forgiven for suspecting Wiseau would also disapprove of The Disaster Artist. Surprisingly, Wiseau is not only a fan, but he also has a small role in the film. Wiseau even reviewed the film for The LA Times, where he tells Franco that he approves of "99 percent" of the film. The one percent he doesn't like? Well, it's a combination of the lighting and how Franco throws a football.

Wiseau is a true character, and while separating the facts from the fiction about his life is nearly impossible, it's not hard to see why so many people are fascinated by the man behind The Room.

Movie Trailers
Watch the First Trailer For Spider-Man: Across the Spider-Verse (Part One)
by Princess Gabbara 12 hours ago