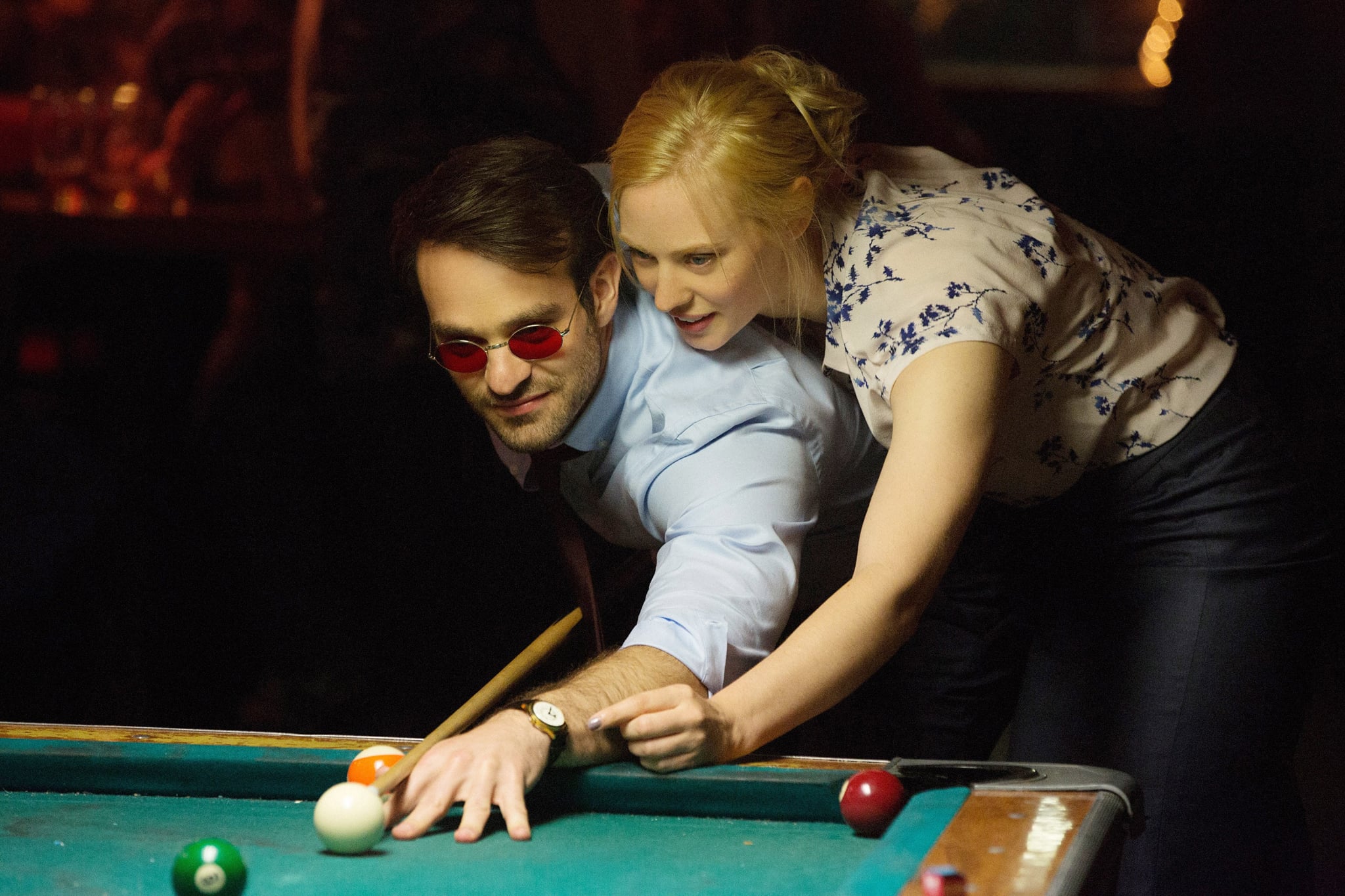 In case you haven't yet binged on all of Daredevil, be warned: minor spoilers ahead!

Hidden between the Punisher's bloody violence, all of Elektra's wine-glass smashing, and whatever the hell is going on with that giant hole, the second season of Daredevil includes what seems like a pretty big clue as to whom the Devil of Hell's Kitchen will face off against in season three: Death's Head, the supervillain alter ego of Karen Page's father.

In the comics, Nelson and Murdock's trusty legal secretary Karen has a pretty tragic history, and one of the saddest aspects of her fictional life (in between becoming a drug-addicted prostitute and being murdered by Bullseye, of course) is when her scientist father, Paxton Page, goes crazy from radiation poisoning after working in close quarters with a cobalt bomb he creates. He turns into Death's Head, fights Daredevil, and dies saving Karen.

In Daredevil's ninth episode, "Seven Minutes in Heaven," there's a strong allusion to Death's Head when New York Bulletin editor in chief Mitchell Ellison lets Karen use Ben Urich's old office to start working on her Frank Castle article. While there, she comes across a folder on Ben's desk that's filled with research on her, including an old newspaper clipping about the mysterious death of her brother in a car crash.

This is the same brother that Karen briefly speaks to Matt about earlier on in the season, and who she doesn't disclose is dead at the time. A dead brother definitely wouldn't be the craziest or most suspicious thing to go down on Daredevil (*cough* Black Sky *cough*), but combined with the fact he's already been brought up once before, the scene in Ben's office suggests something fishier is afoot. Karen sees the clipping and is surprised and horrified, so much so that Ellison says, "Ben didn't care, and I don't either." Judging from her reaction, you could assume Karen has something to do with his death.

Karen doesn't have a brother in the comic books, but the newspaper article lists her brother as "Kevin Paxton Page," which makes it seem pretty likely that the show will switch out her supervillain father for a supervillain brother. While there's a strong chance the show will bring in Bullseye as Matt Murdock's next nemesis, we wouldn't rule out the possibility of Karen's brother showing up as Death's Head, especially after what happens in the final moments of the season between Matt and Karen. Her story arc has only gotten more and more complex as the show progresses, so this could be an interesting, heartbreaking twist down the line.

Harry Potter
What to Know About J.K. Rowling's Involvement in HBO's Harry Potter Series
by Amanda Prahl 3 hours ago

Netflix
Who Is Omar Sy? The Lupin Star Has Lived a Fascinating Life
by Corinne Sullivan 4 hours ago