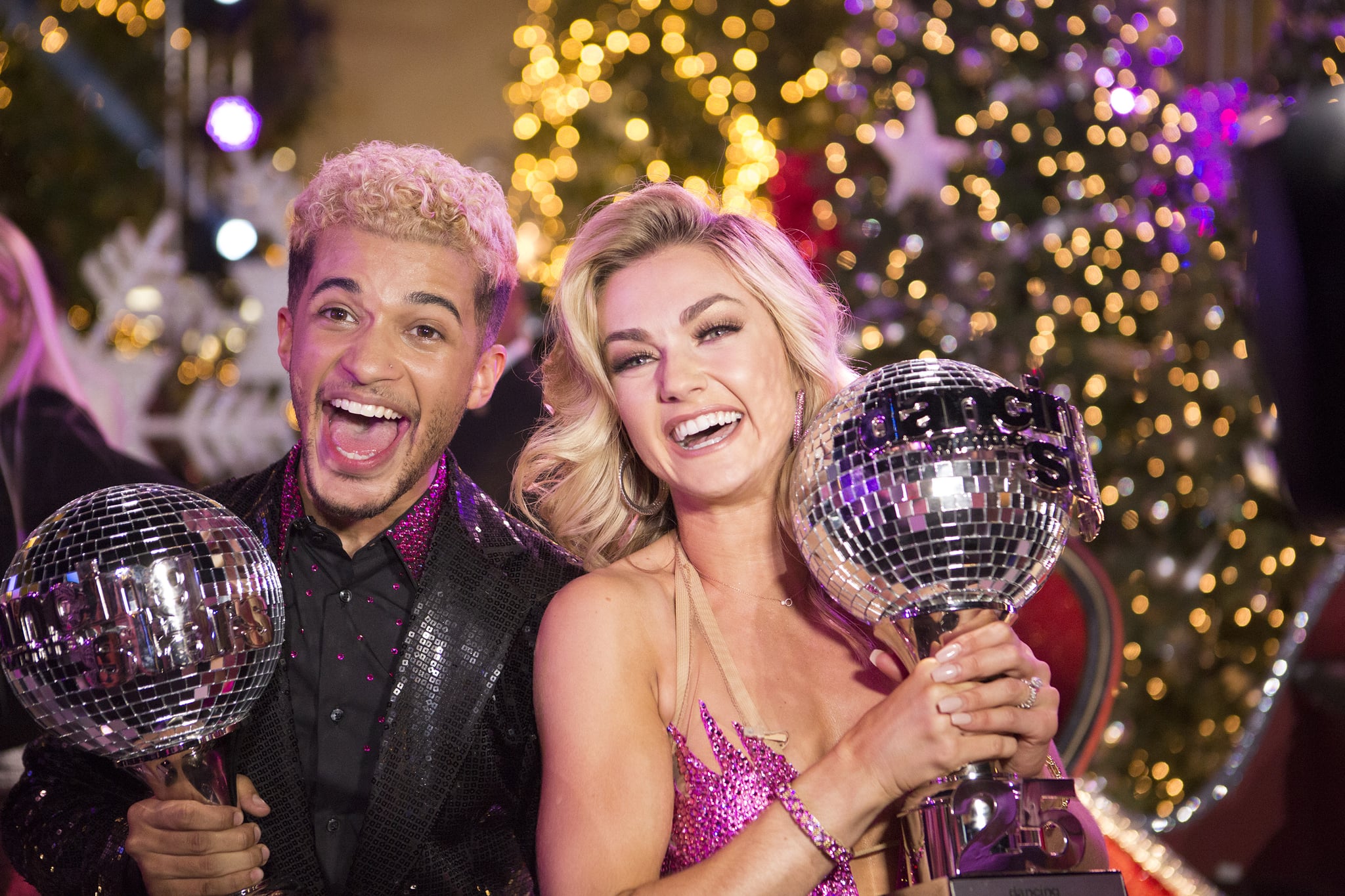 Dancing With the Stars has officially crowned its winner! On Tuesday night, Jordan Fisher and his partner, Lindsay Arnold, took home the mirror ball trophy for season 25. After wowing us with his impressive moves all season long, the charming 23-year-old beat out Lindsey Stirling and her partner, Mark Ballas, for the top spot in the competition. Of course, his win shouldn't come as a surprise to fans — he has been a fan favorite all season long.

Shortly after the finale, Fisher reacted to his big win on social media by sharing a video of him and his partner appropriately freaking out backstage. "There aren't words," he wrote. "There aren't words to describe the feeling of going through BATTLE with my SISTER. Putting in all the time and effort and energy for 12 weeks, then to be rewarded for it after having the most incredible time?! Unbelievable. This is for you all. Thank you thank you thank you." Thankfully, the fun doesn't have to end for Fisher as it was announced on Tuesday night that he and Frankie Muniz are joining Dancing with the Stars: Live! - Light Up the Night this Winter.

Hulu
Wu-Tang: An American Saga Star TJ Atoms Shares His Hopes For a Possible Season 3
by Njera Perkins 14 hours ago

Jojo Siwa
JoJo Siwa's DWTS Pennywise Performance Was So Freakishly Good, It Got a Perfect Score
by Perri Konecky 20 hours ago

Dancing with the Stars
OK, but Why Was Suni Lee in the Bottom 2 of Dancing With the Stars?
by Naledi Ushe 20 hours ago