If you ask any Gilmore Girls fan what they did when Netflix announced Gilmore Girls: A Year in the Life, their answer would probably include popping Champagne, bingeing the first seven seasons, or planning a viewing party months in advance. True fans would've done all three. Not only does the revival allow viewers to return to charming Stars Hollow, but it also ties up a few loose ends. We finally see Lorelai and Luke get married, Michel's sexuality is confirmed, and we are able to mourn the tragic loss of Richard Gilmore (and actor Edward Herrmann). But with closure came more questions.

First and foremost, who is the father of Rory's baby? Will Lorelai expand the Dragonfly Inn? Will Michel actually move to New York? Is there any hope that Paris and Doyle will reconcile? Though still unknown, many of these questions have plausible answers. But one question that has left us completely in the dark is: who wrote Emily that letter?

Related:
All the Reactions You Had to Gilmore Girls: A Year in the Life

To refresh your memory, after Richard's passing, Emily decides to attend therapy and convinces (sneakily tricks) Lorelai to go with her. The therapy sessions have some of the wittiest banter of the revival, including a fun back and forth about "who's winning" and an apparently hilarious story about a fellow called Trombone Stan.

In the episode "Spring," during one of their sessions, Emily accuses Lorelai of writing her a "heinous" letter on her birthday. Shocked, Lorelai asks, "What letter?" To which Emily replies, "With the accusations, the profanity, the abuse, the letter." She continues, "It was sitting on my bed, I remember the envelope, I remember the color of the ink." Lorelai insists that she has nothing to do with this supposed letter. Emily doesn't believe her for a second and shouts, "Of course it was you! Who else would it be?"

So that begs the question, who else would it be? Since this is never resolved, let's dig in and dissect the possibilities! 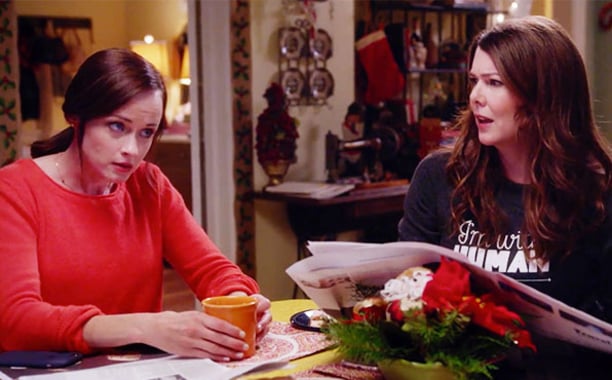 Even though she swears up and down that it wasn't her, Lorelai is the only person who really makes sense. Her strained relationship with Emily is featured in nearly every episode of the first seven seasons. Though they have a few tender moments (and even fewer laughs), their mother-daughter relationship has never been ideal, especially when compared to the bond that Lorelai and Rory share. Emily even admits in therapy that she's never forgiven Lorelai for running away with Rory when she was 16. That being said, Lorelai is very open and honest about her mistakes with the therapist. Why lie about this one particular thing when she had the opportunity to come clean? Even more suspect, in interviews that both Graham and Bishop have given since the show's release, the two actresses mention the "healing" that takes place between Lorelai and Emily. If the show truly wanted to repair such a damaged relationship, why make Lorelai send Emily a shady letter?

Here's an alternate theory that makes more sense: Emily mentions that the letter is sent to her on her birthday, but that's really all that we know. We have no specific details about what it says or even which birthday she's talking about. Lorelai even comes to this conclusion herself, stating, "Clearly, she's been holding on to this for years." Perhaps Emily found the letter years ago and has been waiting for the most opportune time to hang it over Lorelai's head. (We wouldn't put it past her.) She also could've discovered the letter years after it was initially written. A 16-year-old, newly pregnant Lorelai would undoubtedly have had a few choice words for her mother. 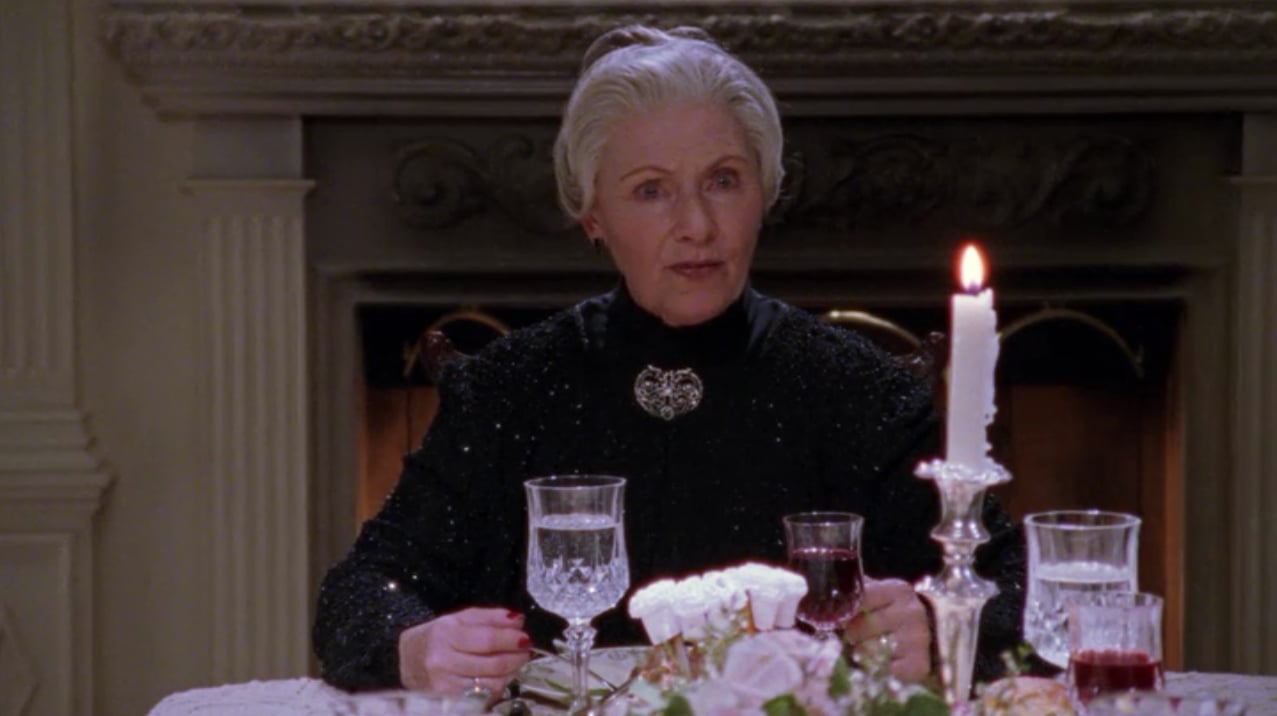 Trix, expertly played by Marion Ross, was Richard's mother, the first Lorelai Gilmore. Emily's relationship with her mother-in-law was tantamount to her relationship with Lorelai, i.e. not great. Trix never liked Emily and made that clear on numerous occasions. In season four, the Gilmore matron suffers a fatal heart attack. While making funeral arrangements, Emily comes across a letter that Trix wrote Richard long ago. The letter begged him not to marry Emily, which once and for all proved that Emily wasn't making it up — Trix really did hate her. But Trix was clearly a fan of writing letters! Perhaps she wrote another letter, this time to Emily, and it wasn't discovered until after her death.

At one point long ago, Pennilyn was Richard's fiancée. The two dated while he attended Yale, but Richard broke up their engagement to be with Emily. However, they parted on good terms and even met once a year to catch up over lunch. Last we heard of "Lynnie Lott," as Richard affectionately called her (or "that mouse" if you're Emily), she is happily married with children. It's very doubtful that she would've been jealous enough to send Emily such a hateful letter. But, at the end of the day, you never really know.

Also a very unlikely suspect: Rory. Although sharing her feelings in a handwritten letter totally seems right up her alley, Rory really wouldn't have many hateful things to say about her grandmother. Especially since Emily paid her Chilton tuition. But, like we said, everyone's a suspect. Emily goes through a lot of changes after Richard's passing. She quits the DAR, dons jeans, moves to Nantucket, and even swears! But one of the most shocking things she does is keep the same housekeeper, Berta, for an entire year. One of the running gags throughout the original series is that Emily can never keep a maid or a cook, and when she does, she has no idea what their name is. One of these old employees definitely could've held a grudge and sent Emily a few nasty words.

There's honestly no doubt in my mind that Richard had nothing to do with sending the letter. While he and Emily could both be difficult at times, they clearly loved each other enough to stay married for 50 years. We saw numerous touching moments between the two of them throughout the show. There's also no way that the writers would sully his legacy after his (and Edward Herrmann's) passing. But we're adding him to the list just in case.