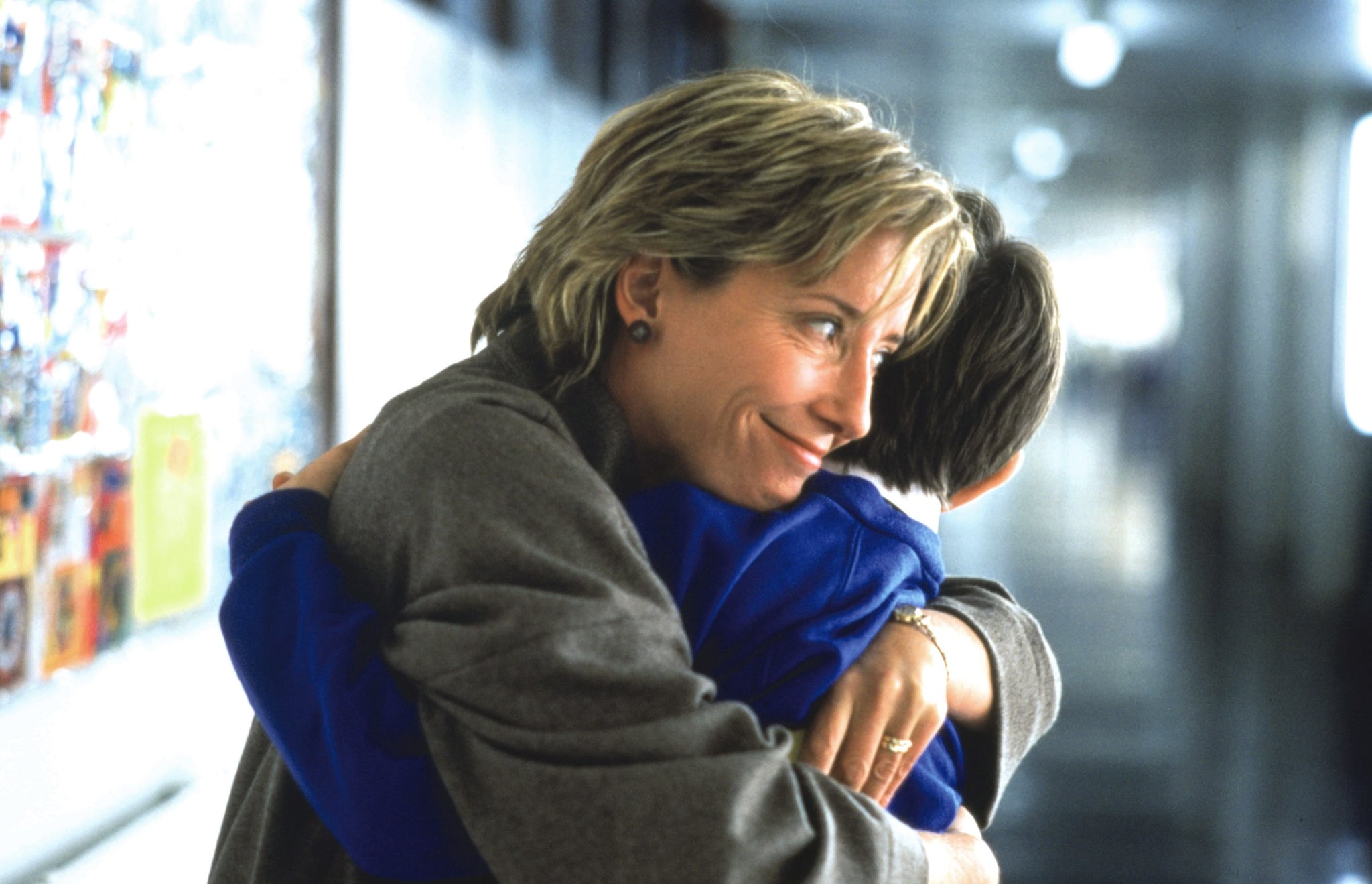 The world collectively squealed in delight when we found out that Andrew Lincoln, Hugh Grant, Keira Knightley, Liam Neeson, Colin Firth, Bill Nighy, and more of the cast of Love Actually would be coming together for a short follow-up to their hit film. The "sequel" is being made to support Red Nose Day, put on by the British charity Comic Relief. Despite the good cause, there is one original cast member who won't be appearing in the short film: Emma Thompson. She opened up to the Press Association about a conversation she had with writer/director Richard Curtis, who agreed that it was too soon after Alan Rickman's death for her to appear:

"Richard wrote to me and said, 'Darling, we can't write anything for you because of Alan,' and I said, 'No, of course, it would be sad, too sad' . . . It's too soon. It's absolutely right because it's supposed to be for Comic Relief but there isn't much comic relief in the loss of our dear friend, really, just over a year ago . . . We thought and thought [about it] but it just seemed wrong. It was absolutely the right decision."

by Olivia Luppino 23 hours ago