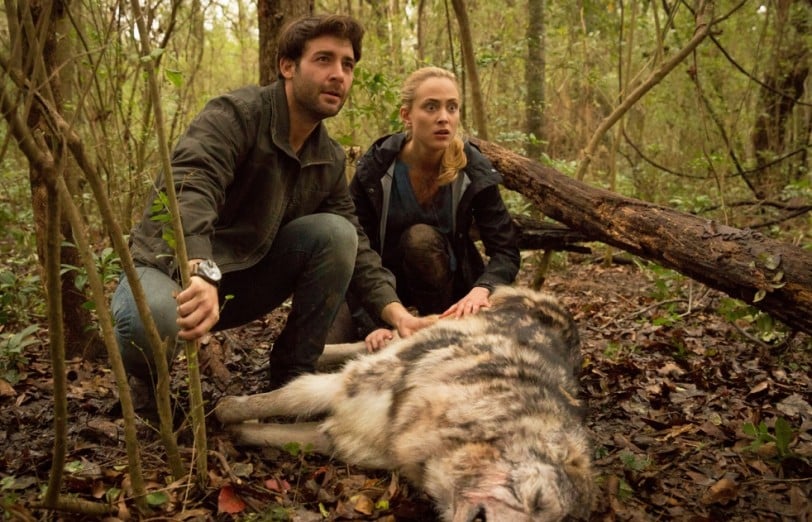 My Netflix addiction has led me to any number of random TV shows, from pulpy teen histories and romantic comedies to Brazilian dystopian dramas and, of course, compelling true-crime documentaries. The joy of the streaming service's recommendation algorithm is that it'll throw up great stuff you'd never encounter otherwise.

I wish I could tell you that this is how I found Zoo, but I'd be lying. I've been watching it on TV since season one. News broke this week that it's been canceled by CBS after a three-season run, which will come as no surprise to anyone who's watched it. How it got this far is beyond me, but I'm grateful. Zoo is the most gloriously bonkers TV show you will ever watch. And now that it is on Netflix, I'm here to tell you not to let this one pass you by.

"Zoo is the most gloriously bonkers TV show you will ever watch."

Let's serve up season one in a nutshell: the animals have turned against us. Dogs are attacking their owners, birds are swarming around aircraft, lions are on the rampage, and rhinos are menacingly following people down the street (seriously, that actually happens in the opening credits). Over time, it becomes clear that animals aren't just turning evil; they're mutating and developing special powers. Cue: electric ants, kamikaze bats, and a sloth that can cause earthquakes. I swear I am not making this up.

The fate of humanity lies with a random assortment of people who, according to the narration, have the "special skills" needed to save us all. They include a veterinary pathologist played by Bella's dad from Twilight (aka Billy Burke), a safari guide, a journalist, and someone who works for French Intelligence. They're led by zoologist Jackson Oz (James Wolk), who will forever be Bob Benson from Mad Men to me. This means every time anything goes wrong in Zoo, this runs through my head:

Honestly, that just adds to my enjoyment.

A lot happens in the next three seasons, and I'm loathe to reveal too much about it, mostly because you wouldn't believe me anyway. This is a truly insane show. At first it seems blissfully unaware of its own silliness, but it quickly grows to embrace this, and you get some truly brilliant performances from people who revel in being in on the joke (particularly Burke).

It's full of decisions that make you cringe, from the ridiculous mutant animals and one-dimensional bad guys to the choice of text for the onscreen captions: an ominous, all-caps font that works well enough when the location is somewhere dramatic, like NAIROBI or TOKYO, less so when it's DENVER.

Related:
Wondering What You Should Watch Next? Netflix Just Revealed Its 20 Most Binge-Raced Shows

So much about Zoo is laughable, but I continued to watch it for the simple reason that it's really, really entertaining. It's fun, fast paced, and always surprising. I might never be able to remember Logan's name, I might say "Oh, Jamie!" about eight times per episode, and I might still wonder who thought up the idea of an invisible snake (well, it saves on CGI), but through all of this, I never turned it off. If you're a fan of silly, mindless TV that keeps you entertained without challenging your brain too much, do yourself a favor and add Zoo to your binge-watch list before it gets forgotten entirely.

Need more persuading? Here's the season one trailer. Look out for the tree full of killer cats!