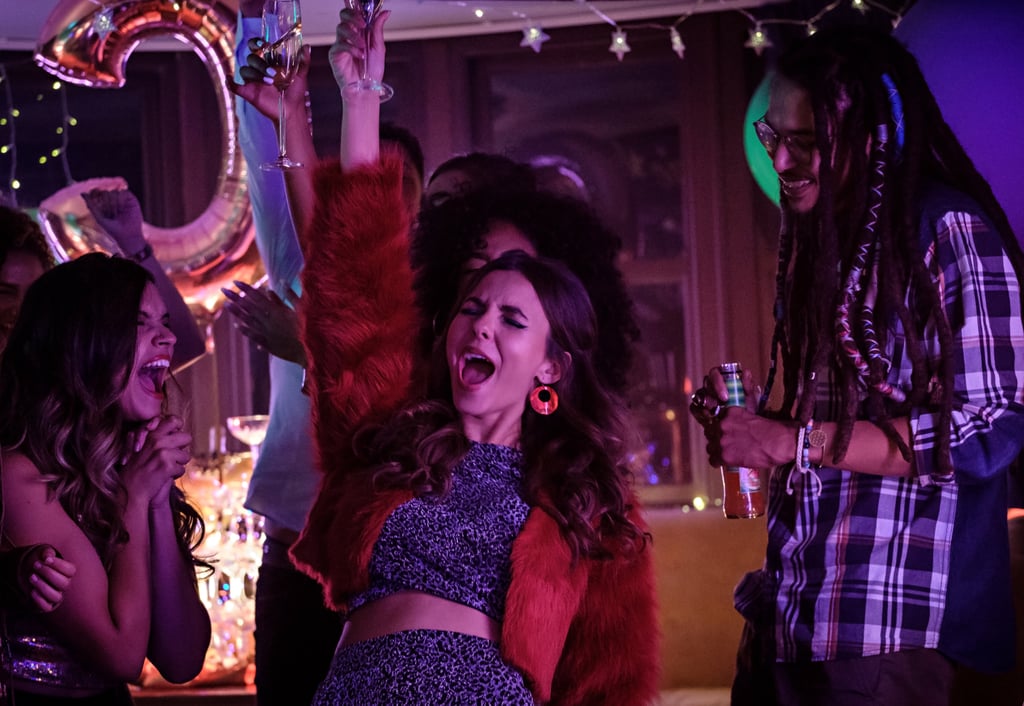 Still Swooning Over Koop? Then You're Going to Love the Afterlife of the Party Soundtrack

The Afterlife of the Party soundtrack only consists of five songs, but they are all bops! Spencer Sutherland, who plays a pop star named Koop in the comedy, is actually responsible for writing four of the tracks — "Blush," "Drive," "One Look," and "Home," which is a duet with Victoria Justice — and the fifth one comes from Jessica Rose Weiss.

In an interview with That Hashtag Show, Sutherland explained that he switched up his creative process for the featured tracks. "In my music, I put a lot of truth and raw things about my life in it, and with these, it was interesting to try and think less while I was writing," Sutherland said. "It was really a breath of fresh air. It even taught me about writing for [myself]. Hey, sometimes simple works."

Turn up the volume and listen to the Afterlife of the Party soundtrack ahead.

Related:
Afterlife of the Party Captures Loss in a Way I Didn't Expect
Previous Next Start Slideshow
NetflixMusicMoviesMovie SoundtracksStreamingAfterlife Of The Party

TV
Is Anyone Else Wondering What's Up Between Queen Alicent and Ser Criston Cole?
by Victoria Edel 2 hours ago