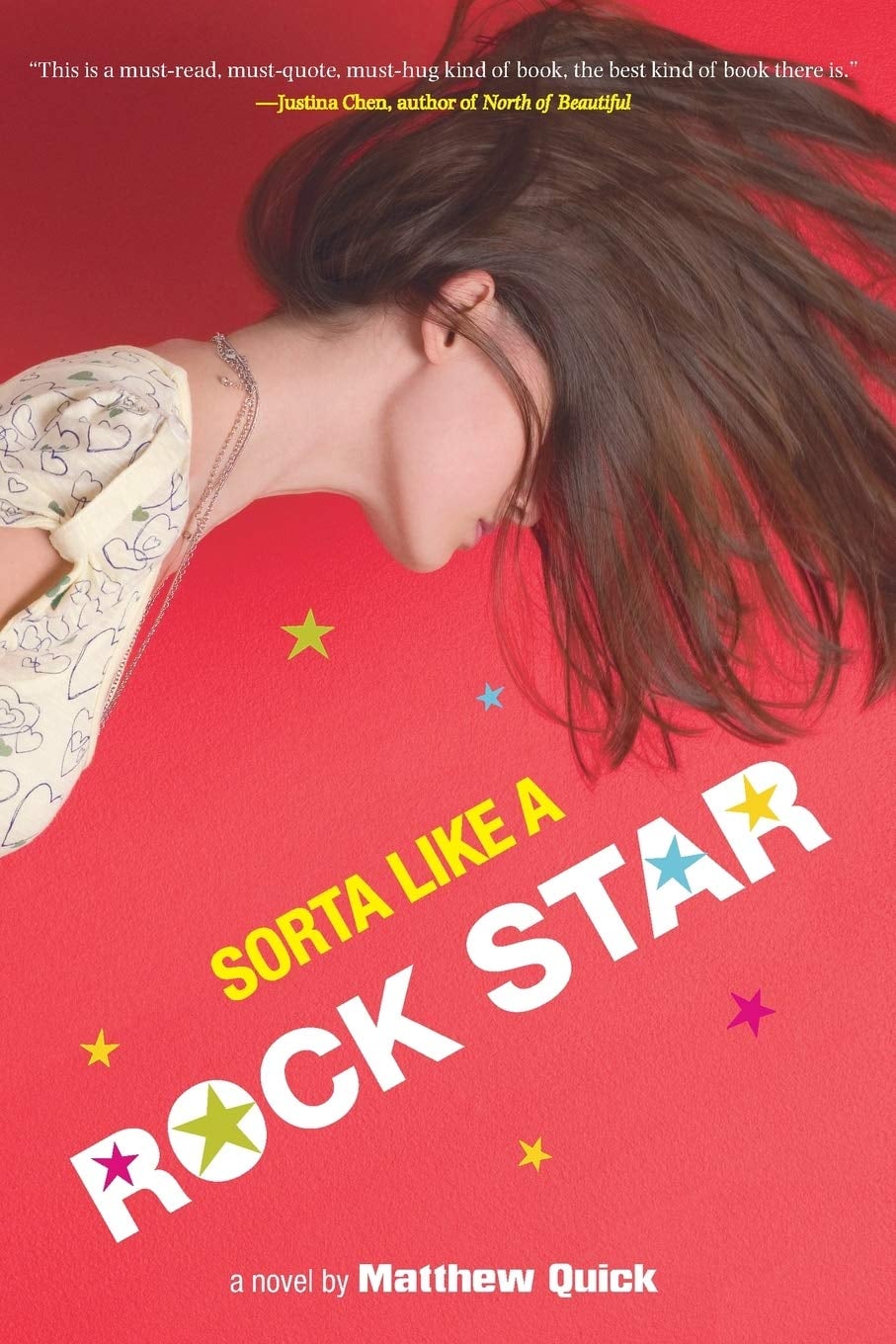 All Together Now is finally coming to Netflix, and we could not be more excited. Starring Auli'i Cravalho as the main character, Amber Appleton, the movie follows Amber's life as a teenager with musical aspirations and eternal optimism. However, she is clinging to a huge secret — she's homeless and lives with her mom on a yellow school bus. All Together Now is based on Matthew Quick's Sorta Like a Rock Star, which depicts 17-year-old Amber as unflinchingly optimistic about her dreams to pursue music and attend Carnegie Mellon. If you're wondering what happens in the book, here's what to know.

Amber is on a deeply difficult path. Her father left her and her mother when she was just a little girl, and since then, her mother has drifted between jobs and boyfriends, handicapped by her alcoholism. And now, they live on the school bus her mother drives as part of her day job.

Amber's best friend is Triple B, a dog she found in a shoebox and rescued last year. While her mom goes out to bars, Triple B, or Bobby Big Boy, keeps her company. Amber knows her mother drinks away the money she earns, causing them to go hungry, but she tries not to be mad. She is an eternal optimist and obsessed with Jesus Christ, spreading cheer to everyone she meets. She formed the Franks Freak Force Five at school after meeting her four best friends in a special-education class in fifth grade. She was sent there for missing so much school (on account of her mom's many trips while she was dating a truck driver), and became best friends with Ricky, an autistic savant, Ty, the only Black student in her school, Chad, who is in a wheelchair, and Jared, who has a speech impediment. They are inseparable, and together, they're powerful: they even take on the school board to make sure their favorite teacher, Mr. Franks, doesn't get fired.

Related:
Worried Chemical Hearts Will Ruin You Emotionally? Here's What Happens in the Book

Amber is on a journey to spread happiness throughout her various extracurricular activities. She teaches English to Korean women at the Catholic church once a week, using songs by The Supremes as class material, and also visits the local nursing home, where she meets a depressed resident, Joan. They fight about hope vs. pessimism, but Amber succeeds in bringing joy. She even befriends a man named Private Jackson, a Vietnam War veteran whom she bonds with over their dogs.

Even through all of her positivity, something eventually breaks Amber's bubble and her motivation to go on. Her mother is brutally murdered, and Amber sinks into a deep depression, causing her to shut down. The fact that she has been living in a bus is revealed, and she is adopted by Ricky's mother. However, her depression continues, even through the help of a priest, her friends, and her acquaintances from both the church and the nursing home. Amber shuts the world out until her dog becomes sick and must be taken to a veterinarian. Her dog has a tumor and must have surgery. After hearing the news, she decides to visit Private Jackson's house, and she finally breaks down and cries.

Upon her return to school, Mr. Franks and her friends help Amber put on a talent show to fund her dog's surgery. The Korean women from the church perform, as well as a whole cast of characters Amber has met along the way. Wearing a dress she made herself in a life skills class, Amber finds that the entire town is at the talent show, including Private Jackson, all of her friends' families, churchgoers, and more. Instead of the $3,000 needed for her dog's surgery, $200,000 is raised for her college fund. Even more, Joan and other nursing-home residents write Amber into their wills so she can have enough for the rest of her college fund and law school.

By the end of the book, Ty accompanies Amber to visit her mother's murderer in prison. She holds up a haiku to the glass that celebrates life and hope. Even through immense adversity, Amber rediscovers optimism and hope even through the most difficult of circumstances. Through her journey as an underdog, the reader is confronted with deep sadness, but also some humor, poetry, and something real. It's impossible to always be the princess of hope – but this story proves how powerful it is to reach rock bottom and still keep your faith in life. Amber is a true rock star.