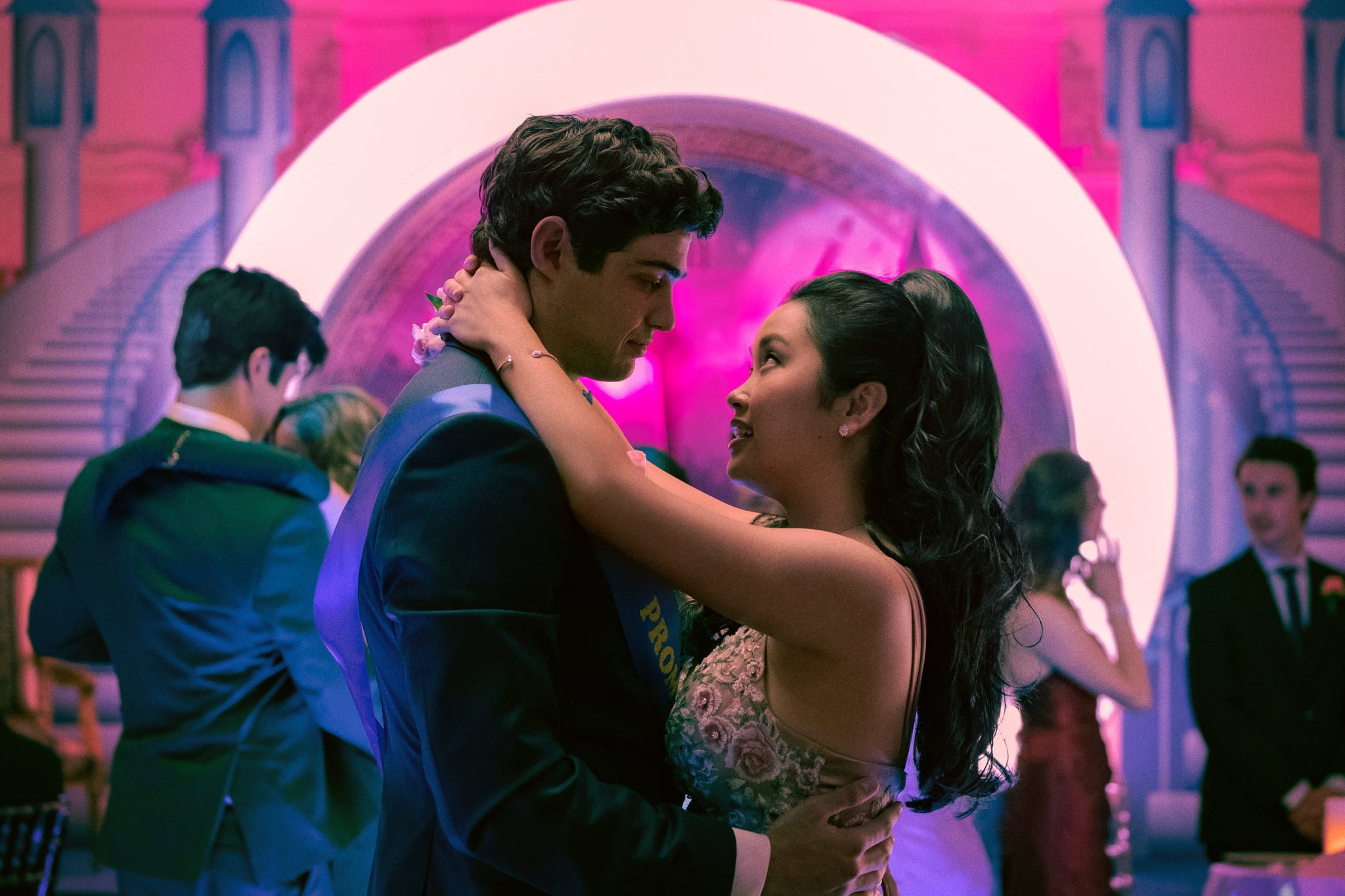 Well, it's official, folks: Lara Jean Song-Covey and Peter Kavinsky finally have a song. "(I've Had) the Time of My Life" and "In Your Eyes" may need to move over now, because we're currently swooning over Leah Nobel's "Beginning Middle End" from To All the Boys: Always and Forever. As with any proper romantic comedy, there's always a second-act struggle to get to that heart-melting, foot-popping moment when the perfect song plays. So how did Lara Jean and Peter get their dream couple song? It's a story for the books.

After returning from Korea, Lara Jean meets up with Peter and watches Say Anything. She laments over the fact that she and Peter don't have a proper meet-cute, which makes them a terrible rom-com couple. (Which, for the record, isn't true.) Lara Jean's also bummed that they don't have a song, so the two of them start brainstorming ideas. When they're at school, Peter suggests that Lara Jean pick a song from Oasis's (What's the Story) Morning Glory? She's pretty adamant about not finding their song from a '90s album, though. Their second try turns out to be another fail as well. While they hang out at the diner, Lara Jean avoids talking about her Stanford rejection by telling Peter that she's figured out a way to pick their song. She suggests to let fate decide by way of the diner's jukebox. Peter picks C-26, landing them with Little Richard's "Tutti Frutti." Naturally, they wait it out for a slightly more romantic theme.

The right song comes along soon enough. In New York City, Lara Jean hits up an NYU party with Gen and Chris. There, she's awestruck by a live performance of "Beginning Middle End," a song with lyrics that essentially encompass her precarious and passionate senior-year romance. (And not to get too schmaltzy, but lyrics like "Will you be my beginning, my middle, my end" and "Five years later and I'm still yours / It's ten years later and I'm still yours" would give Taylor Swift's "Lover" a run for its money!) LJ records the performance and sends it to Peter, but he has his reservations because he feels that they should experience the song together.

After their temporary breakup, Lara Jean finds her yearbook under her dad's wedding tent. Peter makes up to Lara Jean by penning a new contract inside the yearbook, where he details the adorable moment when he first caught her eye at their sixth-grade assembly. LJ signs the deal, and they tenderly slow dance to "Beginning Middle End." Peter confesses that he actually liked the song, but wanted to find a way to make it theirs.

We know, we're sobbing as well — so that's why we're blasting the Blackpink and Suzi Wu songs on the soundtrack to keep our feelings in check! Swoon-worthy moments and danceable music are just some of the many things we love about this trilogy, after all.

Sundance Film Festival
In Emergency, Donald Elise Watkins Poses the Uncomfortable Question: "What Would You Do?"
by Monica Sisavat 9 hours ago

Taylor Swift
Taylor Swift Fires Back at Blur's Damon Albarn: "I Write ALL of My Own Songs"
by Princess Gabbara 12 hours ago