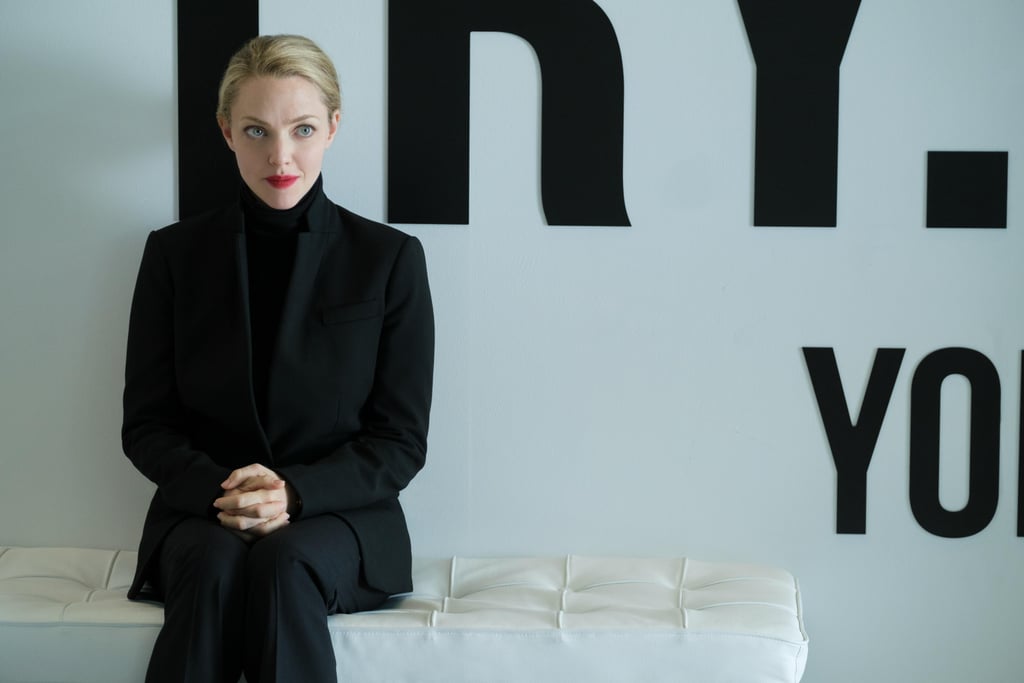 Ever since Hulu announced it was turning Elizabeth Holmes's story into a series back in 2019, we've been anxiously awaiting new developments. Well, on Dec. 15, we finally got a first look at Amanda Seyfried as the one and only Theranos founder — black turtleneck and all. Kate McKinnon was originally set to play Holmes, but she later dropped out of the project, with Seyfried replacing her in 2021. The show will also star Naveen Andrews as Holmes's business partner and ex-boyfriend Sunny Balwani.

For those unfamiliar with the story, Holmes was on track to become the youngest self-made woman billionaire after she introduced revolutionary technology that could replace traditional blood tests. However, the whole thing turned out to be nothing but a lie. The trailer, which dropped on Feb. 7, shows the great lengths Holmes went to deceive people and how Balwani, along with several others, played a part in the scam. Holmes was recently found guilty on four out of 11 federal charges of conspiracy to commit wire fraud and nine counts of wire fraud. She currently faces up to 20 years in prison, in addition to a fine of $250,000 plus restitution for each count.